Last week, the Kansas City Chiefs announced they would prohibit their fans from wearing Native American headdresses and face paint to the stadium. This might seem like an important step toward minimizing the harmful effects of Native American stereotypes in sports. It is not. Rather, it gets the problem and the solution completely backward.

Perhaps the most fundamental aspect of being a fan is signaling support for our teams by dressing like our on-field heroes. Wearing jerseys and caps is our way of proudly proclaiming we are part of the team (even if we don’t get paid for it). Often, this extends to dressing like the team’s mascot or joining cheers and songs that reflect the team and its nickname.

If we’re right that dressing like a team and its mascot are an essential part of fandom, then if dressing as a team’s mascot is wrong, it’s not the fans’ fault. It’s the team’s fault.

When Kansas City tells its fans that engaging in normal fan behavior is unacceptable, it is implicitly admitting there’s a problem with its mascot. And it is correct. 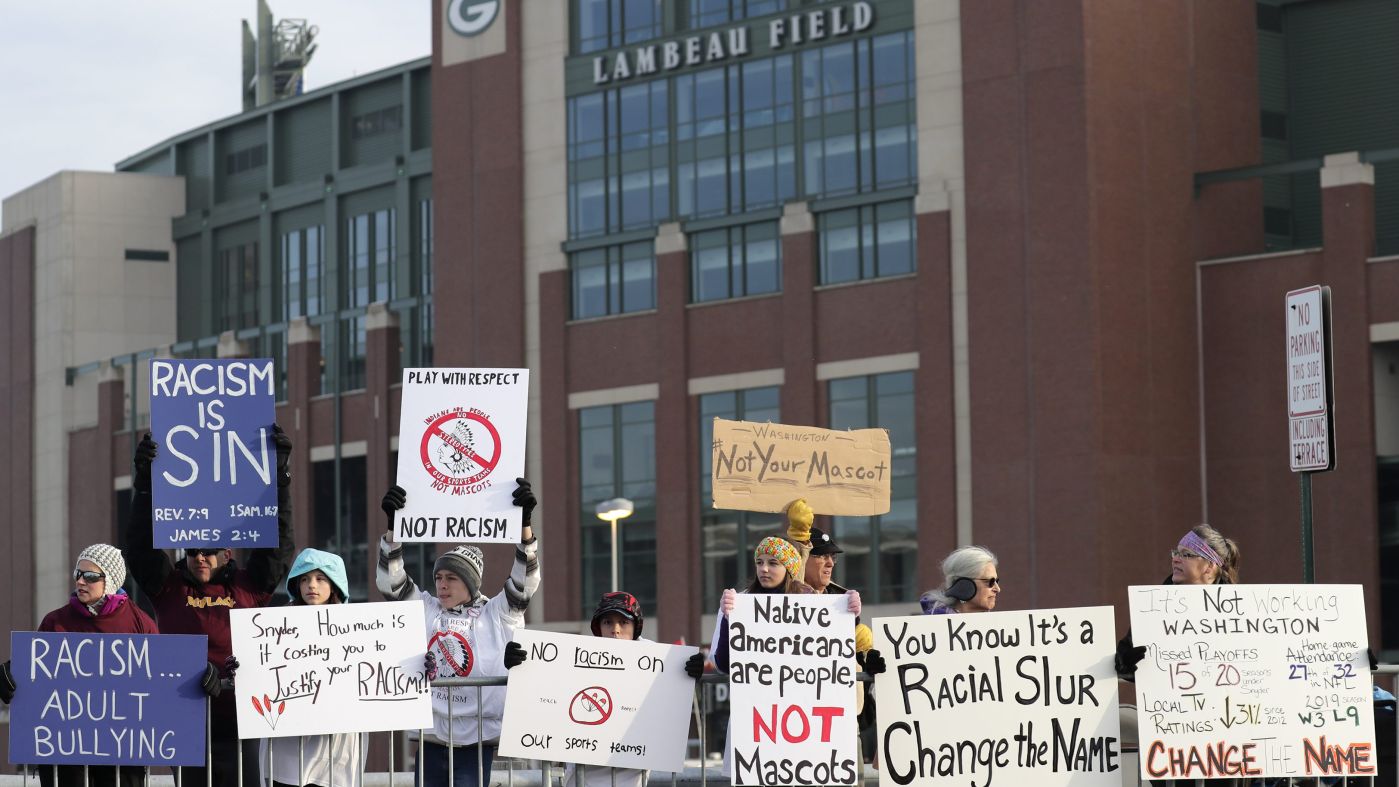 We believe the use of Native American mascots by professional and amateur sports teams is harmful and should cease immediately. Native American mascots such as the Chiefs, Braves, Indians and Blackhawks perpetuate damaging stereotypes about Indians as savage and warlike or as mystical beings from the remote past or the imagination. Social science research confirms that exposure to these mascots harms Native children’s self-esteem and confidence. It is harmful to society as well, as it continues to create implicit (and explicit) racial bias.

This is not P.C. or “cancel” culture. This comes from decades of long, hard work to eradicate racist ideology from the fabric of our country. Organizations and activists from the Native community, such as the National Congress of American Indians, have worked tirelessly to make this progress.

‘Us Black fighters need to get together and help our damn selves’: The fuel that drives Hakeem Dawodu Read now

By banning headdresses and war paint, as Kansas City is doing, or by banning the tomahawk chop, as the Atlanta Braves are reportedly considering, these teams are tacitly acting as though they agree. Fans shouldn’t engage in these behaviors, the teams are implying, because they are racist and harmful. They are right, but it’s the teams’ fault, not the fans’.

Yes, there are modern Native athletes and Native sports fans. And while for some the names and mascots might be an icon of pride, to many others it symbolizes a caricaturization that leaves them in the past, ultimately causing more harm than good. And non-Native fans are prevented from full participation in their teams’ culture and rituals because they don’t want to hurt their friends and neighbors. We can (and will) still enjoy our sports and our traditions without these mascots.

A team’s fans should get to sing silly songs and make goofy gestures. They should be able to wear foolish outfits and dress up in garish ways. These are natural, laudable features of fandom. But they shouldn’t have to worry that by doing so they are causing social and emotional harm. A mascot should not reference a history of genocide and oppression. If the teams think that cheering them on is harmful, they have a quick and easy solution: Change the name.