Netflix hosts panels on ‘Luke Cage’ and ‘The Get Down’

Twice a year, the most committed nerds who write about television (and still have travel budgets) converge here for the Television Critics Association press tour, better known as TCA. The television networks each get a day, or in the case of PBS, two, to parade their best talent in front of a ballroom of said television nerds and then we all ask them questions. Netflix kicked things off Wednesday in Los Angeles at the Beverly Hilton and all anyone was really buzzing about Wednesday was The Get Down, the internet network’s new massively over budget drama from executive producer Baz Luhrmann. Starring Shameik Moore (Dope), Justice Smith (Paper Towns) and Herizen Guardiola (Runaway Island), the drama series about the birth of hip-hop in the Bronx, New York, was originally supposed to cost about $90 million to make — and those costs have climbed to $120 million, according to a Variety story that had everyone chattering.

Oddly enough, Daveed Diggs (aka the dreamy guy from Hamilton with the hair) is in The Get Down — which premieres Aug. 12 with six episodes — sort of. In the series, his face is obscured with sunglasses and a hoodie, and we don’t hear his voice. Nas wrote and recorded original raps for the show. Diggs provides the on-camera body from which those raps are emitted, playing the adult, 1996 version of Smith’s 1977 character, Ezekiel. If Luhrmann hadn’t mentioned during the panel discussion that Diggs was playing an adult Ezekiel, I never would have guessed.

Netflix’s TCA day also included a panel with the showrunner, Cheo Hodari Coker, and the cast of Luke Cage (Mike Colter, Alfre Woodard, Mahershala Ali and Simone Missick), which premieres Sept. 30. The Luke Cage folks are in an especially good place coming off a warm reception at Comic-Con and an enthusiastic embrace of the trailer, which features Colter in the titular role as a bulletproof badass to the dulcet tones of Ol’ Dirty Bastard’s 1995 Shimmy Shimmy Ya. Coker told TCA he sees the collection of Luke Cage episodes as an album. Each one is named after a Gang Starr song.

Hoping that Grandmaster Flash finds himself among a class of Kennedy Center honorees one day, because he’s truly a national treasure.

Here’s a few other nuggets from the day:

Ply us with puppies

A good portion of us who traveled here from the East Coast were delirious with jet lag. Unlike Luke Cage, we are not superheroes, but mere mortals who are also slaves to our circadian rhythms. Netflix prohibited attendees from taking pictures or recording video, but they included a “puppy panel” in the day and welcomed us to tweet and photograph it. Basically, Netflix brought out all the dogs from its shows — such as Narcos and Fuller House — and let them hold court for 15 minutes.

We're all just here for the dogs. #TCA16 pic.twitter.com/zkVkisyO0q

The German shepherd from Narcos was especially vocal. He probably wants a raise.

Netflix is bringing back Scrotal Recall, the charming British show about a man who contracts a sexually transmitted disease and goes through a number of hilarious escapades to notify his previous partners, all the while realizing he’s in love with his best friend. The second season debuts Nov. 10 as Lovesick, as Netflix has finally taken advice to rename the show. I’m not a completionist when it comes to television series, but this was welcome news, both because we get to see more work from the wonderful Antonia Thomas, but also because we’ll finally get to find out what happens after Dylan (Johnny Flynn) makes his ill-timed confession of love.

Grandmaster Flash is a scientist and a mathematician 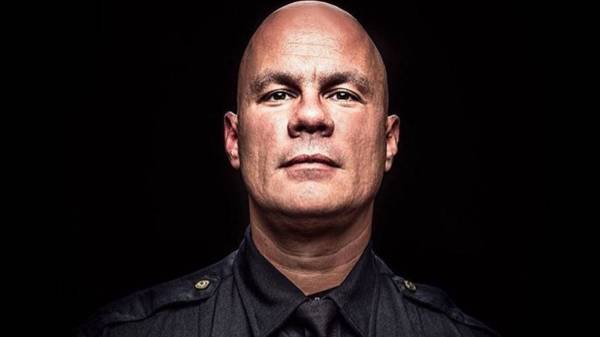 Grandmaster Flash was in town to promote The Get Down, which he worked on. And as part of his duties, he gave a demonstration explaining exactly how DJing works, complete with a whiteboard as we all stood agog. It involves both science and math and I can’t recreate his explanation, but it was involved.

Ok Flash is literally schooling us. Like, with a white board. #TCA16 pic.twitter.com/LoHEzaX8MN

Whatever happens with The Get Down, here’s to hoping that Grandmaster Flash finds himself among a class of Kennedy Center honorees one day, because he’s truly a national treasure.