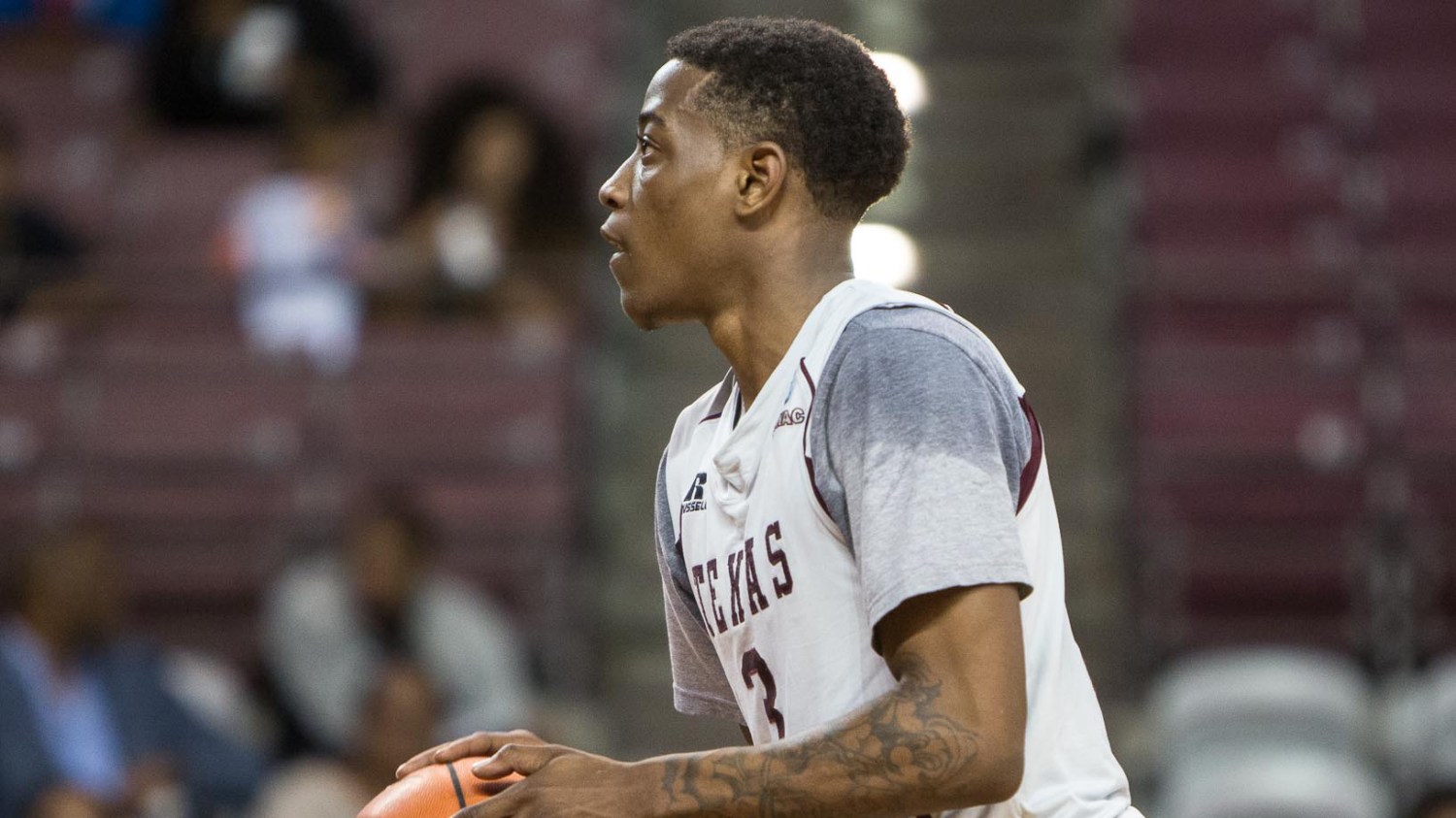 Texas Southern guard Demontrae Jefferson (3) prepares to shoot a free throw during the first round of the SWAC tournament at Texas Southern University. Michael Starghill for The Undefeated

Can the freshman star bring his YouTube theatrics to the NCAA tournament?

As a kid growing up in North Milwaukee, Demontrae Jefferson went to extremes to play with the big boys.

He’d show up to the gym at the Boys & Girls Club, call winners and get enraged when the older boys would laugh. Jefferson’s response: He’d walk to center court and sit there, daring the older kids to either remove him or play around him.

“The kids were maybe 13, and he was 9, maybe 10 years old at the time, about 3-foot-6 and couldn’t have weighed any more than 60 pounds,” recalled Shelby Parrish, who would later coach Jefferson in the Milwaukee Running Rebels AAU program. “I coached him later as a player. On the surface, he was a coach’s nightmare with his attitude. Until you realized just how good he is.”

How good is Jefferson, now a 5-foot-7 college freshman? In his first college game he played the entire 40 minutes against Louisville, jacking up 30 shots and scoring a game-high 27 points (Jefferson missed the first eight games of the season because he was academically ineligible).

The YouTube sensation finished the Southwestern Athletic Conference (SWAC) season as the Rookie of the Year and was second on the team in scoring (14.9 points per game). He’s a major reason that Texas Southern dominated its conference tournament and is making its third NCAA tournament appearance in the last four years.

He always wanted to play with the big boys. And on Friday, he gets his chance when No. 16 seed Texas Southern (23-11) plays No. 1 seed North Carolina (27-7) at the Bon Secours Wellness Arena in Greenville, South Carolina.

It’s a banner year for basketball at Texas Southern as the women’s team also won the SWAC tournament last week, earning a No. 16 seed and the right to play NCAA women’s tournament No. 1 seed Baylor on Saturday in Waco, Texas.

Jefferson will have his place at center court and will likely be the center of attention of the Tar Heels, who will try to slow down one of the most dynamic small players in the country.

If North Carolina coach Roy Williams wants to know how tough Jefferson is, he can get a scouting report from John Henson, the former Tar Heel who currently plays with the Milwaukee Bucks. Henson was in the crowd at the 2015 Summer Jam in Milwaukee when Jefferson showed off his shooting ability, ball-handling skills and dunks while dropping 44 points and winning MVP.

And check this: He did it while wearing sweatpants.

“He played on our AAU team with Kevon Looney [a 2015 first-round pick by the Golden State Warriors now playing with the Santa Cruz Warriors in the NBA D-League], and at the time Trae led our team in scoring and Kevon deferred to him,” Parrish said. “His entire life, he’s been a natural, passionate leader.”

Jefferson’s passion often got him in trouble. He was considered a four-star recruit in high school and schools such as Rhode Island, Georgia Tech, New Mexico State and Cleveland State showed early interest. But that interest began to wane as Jefferson developed a reputation for being a kid with an attitude.

“Size was part of the issue because he was a guy who demanded respect, and a guy who always felt he was disrespected because he was so small,” Parrish said. “We had recruiters who would see him because everyone was interested in Kevon.”

“He would always play with a chip on his shoulder,” Parrish added. “He’d pull his jersey out when something went wrong, or have something to say to the officials when he didn’t get a call. That was his passion coming through. But I guess a lot of recruiters were turned off by it.”

“I’ve always been looked over because of my height, and people might have taken some of what I did the wrong way,” Jefferson said. “They said I had an ego and I had an attitude. That wasn’t it. I always play with emotion.”

While interest from college coaches began to diminish, Jefferson’s social media stature was on the rise. Videos featuring Jefferson have hundreds of thousands of views, and he would often be compared to 5-foot-6 Aquille Carr, the legendary YouTube sensation out of Baltimore.

“I went to a couple of camps with him, and he got hurt, so we never really got a chance to play against each other,” Jefferson said. “After people told me that I played like Aquille, I went to check him out.”

Asked whether the comparisons were accurate, Jefferson rolled his eyes.

“I didn’t see it,” Jefferson said of Carr, who flamed out after high school. “He was all about the buckets, and didn’t pass or play defense. I said, ‘If people think I play like him, I need to change.’ ”

After playing a year of prep school ball in South Carolina as he attempted to garner interest from college coaches, Mike Davis offered Jefferson a chance at Texas Southern. His teammates found out early — during a stretch when Texas Southern played its first 15 games on the road — that Jefferson had quite the following.

“When people ask me to take pictures with them, I tell them they have to take a picture with the entire team first,” Jefferson said. “I’m used to it. But being a YouTube sensation holds no weight in college.”

One trait that hasn’t changed about Jefferson is his edginess.

He was one of three Texas Southern players who took questions from the media during Thursday’s practice session in Greenville. Each was asked about whether being the No. 16 seed showed a lack of respect for historically black colleges and universities.

Leading scorer Zach Lofton’s answer was diplomatic, as he said, “We’re happy to be here.”

Jones, Texas Southern’s intimidating 7-footer, also gave a safe response: “I don’t fall into that because I know what I’m capable of.”

Jefferson appeared exasperated as he positioned the microphone in front of him.

“I think us getting a 16 seed,” Jefferson said, with a touch of attitude, “it was a little bit disrespectful.”

Later in the locker room, he elaborated.

Back in Milwaukee, his AAU coach, Parrish, described what fans should expect to see as Jefferson walks onto the biggest stage of his young career.

“You’ll see a guy who will take advantage of the opportunity, because he feels like he’s been denied,” Parrish said. “A lot of these high-profile players know who he is. If they don’t, they’re going to find themselves against a guy with a big chip on his shoulder.”