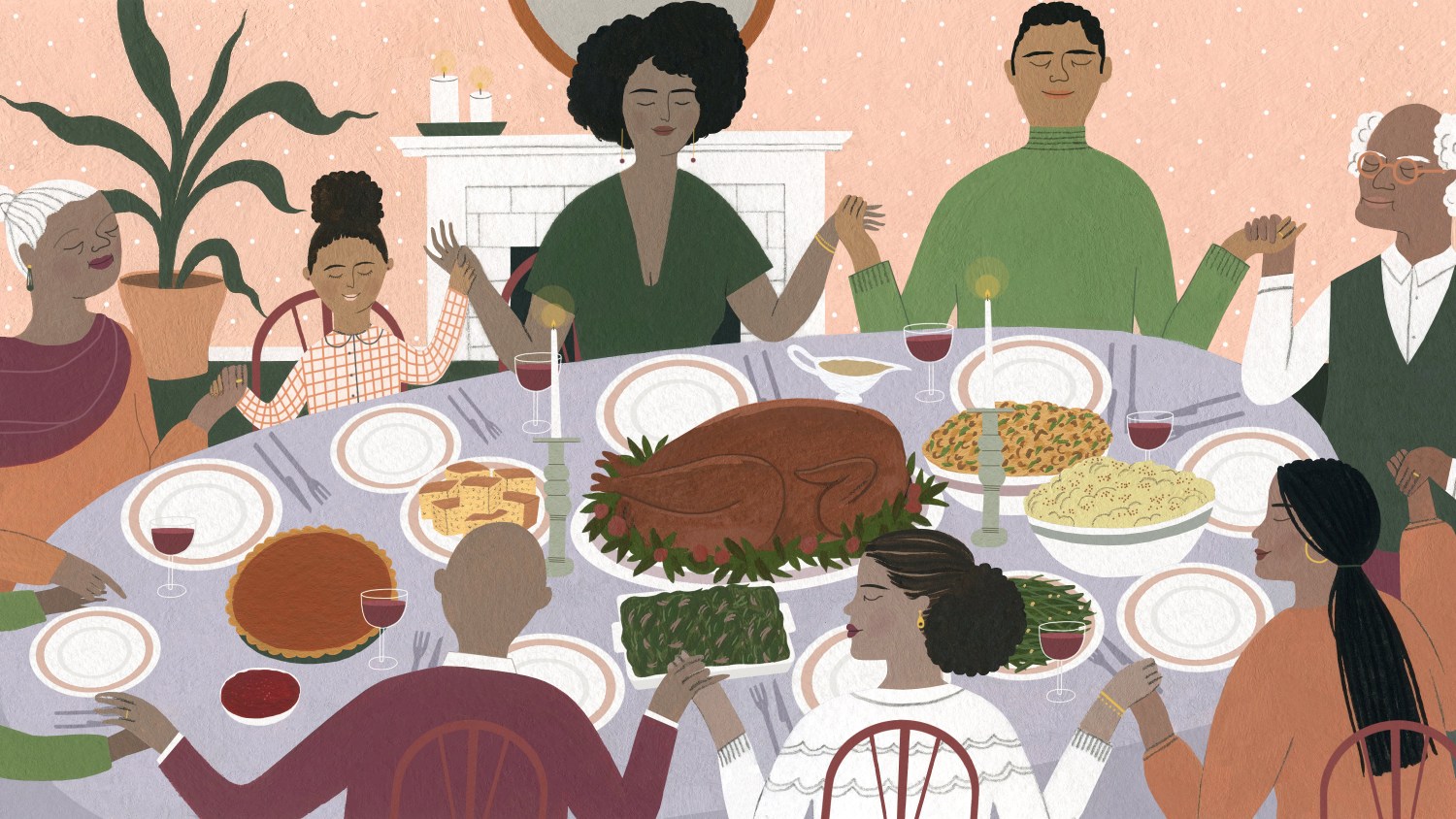 Thanksgiving is a day to celebrate, no matter our problems

Black Americans, as always, will stand as exemplars of America’s resilience, spirit and promise

Thanksgiving is a day to celebrate, no matter our problems. Let others dismiss Thanksgiving as an occasion where warmed-over family resentments and simmering political antagonisms are passed around the holiday tables as we stuff ourselves with turkey, apple pie and football.

Which is to say Thanksgiving, like other national holidays, can be whatever we need and want it to be.

For some of us this Thanksgiving, our holiday family will be those who happen to be with us on or behind the line at the homeless shelter. For others, our Thanksgiving families will be composed of the men and women who will join us in workplace potlucks.

But for still others, especially the most fortunate African-American families, Thanksgiving will be a multigenerational celebration: a time when the Little Bobbys, Juniors and Treys commune with the Big Bobbys, the Nanas and the Aunties.

Consequently, we will be able to look around our Thanksgiving tables and see in the faces of others assembled there who we have been and who we will be, from the toddlers to the elders. And we will feel the presence of the ancestors in the retelling of old and precious stories.

To be sure, all Americans contribute to the nation’s greatness. We all own a piece of Plymouth Rock, the Liberty Bell and the Statue of Liberty. We’ve all inherited the nation’s myths and traditions and transformed them.

On Thursday, we’ll sit around one long communal table, from sea to shining sea, but in a house divided by race, class and politics.

Nevertheless, black families have a lot to teach America this Thanksgiving and throughout the year. After all, black families are among the nation’s oldest and most diverse. Our genetic heritage is primarily African, European and Native American, though usually not as much of the latter as the elders have sometimes claimed.

Like America, black folks are defined by stark contrasts and contradictions. Our complexions range from parchment to obsidian. Our women are the nation’s best educated and least respected. Our men are the most feared and the most vulnerable, plagued by chronic illnesses, early death and mass incarceration.

Everything from the loss of farmland to the loss of factory jobs happened in our families first or most acutely, and we have survived. Our families have embraced our Muslim brothers and sisters along with other religious traditions from across the continents and around the world. Some may continue to struggle to embrace our gay and lesbian brothers and sisters, just as others do, but our arms have been open.

We have loved America and fought to defend its highest ideals, from the battlefields to the voting booths, courts and picket lines. Far too often, we’ve been rebuked and scorned by an America that’s been blessed by our hard work, creativity and patriotism.

And long before the term “fake news” was invented, black Americans suffered the cruel lash of lies about what we’ve done and who we are.

We’ve survived that too.

Indeed, Thanksgiving is the great American holiday that celebrates survival and acclimation, endurance and transformation.

On Thursday, the nation gathers together and yet apart. Many will sit among family and friends and enjoy a feast of good fortune. And black Americans, as always, will stand as exemplars of America’s resilience, spirit and promise.