The 5th Quarter: A celebration of the musicians at the Air Force Reserve Celebration Bowl

Perfection and complex formations, crisp, sharp sound, and sky-high higher performance quality are givens. But some fans forget all the hours it takes bands to put on such a show. The daylong practices — both public and private — bumpy bus rides, prayer circles and nerves — all of that is often overlooked.

The night before an unforgettable halftime show at the Air Force Reserve Celebration Bowl in Atlanta the Blue & Gold Marching Machine of North Carolina A&T State University and the Alcorn State University Sounds of Dyn-O-Mite both traveled from their states of North Carolina and Mississippi, respectively, to get right to work. Even before checking into their hotels, they had one last practice to ensure they would give the crowd the performances they’d come to see.

Even before arrival, both bands had faced struggles putting the show together. In Mississippi, the school’s end-of-the-year schedule made practice difficult while snow in North Carolina forced the band to seek alternatives locations for practice. Yet, by the time the halftime experience arrived, the bands’ performances felt like this was a show they’d prepared for all year.

Take a look at photos from behind the scenes, halftime and the 5th Quarter of the Blue & Gold Marching Machine and The Sounds of Dyn-O-Mite at this year’s Air Force Reserve Celebration Bowl. 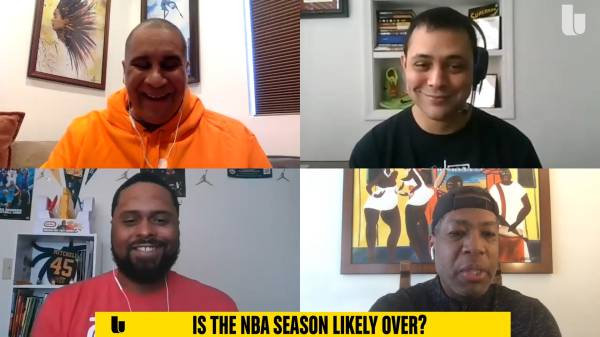 Roundball Rap: How NBA players are responding to the coronavirus pandemic Read now