As a freshman, I had no idea my university played such a pivotal role in the civil rights movement

East Dockery is a sophomore at North Carolina A&T State University and one of six Rhoden Fellows from historically black colleges and universities participating in a yearlong internship with The Undefeated.

On the first day of February, N.C. A&T holds an event called February One. The purpose of this event is to honor the A&T Four.

This was significant because, at the time, black people were required to sit and eat separately from whites. These four men were courageous for walking downtown to 132 South Elm St. to conduct their nonviolent protest. They were told “We don’t serve Negroes here” and were called “troublemakers, stupid, ignorant, and rabble-rousers.” They sat at the counter until the store closed. They left and returned the next day to continue their protest.

Multiple sit-ins across America occurred after this, making what these men did so important because they were the first to do it. Blair, McCain, McNeil, and Richmond continued to return to Woolworth and recruited more and more students from N.C. A&T, Bennett College and Dudley High School to come with them each time. They were also joined by three white women from the Woman’s College of the University of North Carolina, now known as the University North Carolina at Greensboro.

I experienced my first February One event as a freshman last year as a student reporter. I covered the event for our school newspaper, the A&T Register. I saw the two surviving A&T Four members, McNeil and Khazan, up close during the breakfast as I sat a couple of tables away from them. I have learned the significance of calling this group the A&T Four and not the Greensboro Four.

This is because Greensboro was a segregated city, and all of Greensboro was not behind their decision. Therefore, to address them solely as the Greensboro Four takes away from the respect that should be given to N.C. A&T. Greensboro is the location where it happened, but N.C. A&T gave them the mindset to carry out this protest.

What makes February One so special is that it is an all-day celebration composed of a series of events. Every year, the morning starts with a breakfast honoring the A&T Four and their families, followed by a mini-reenactment of the protest at Woolworth. Actors perform the conversation that led to the decision to conduct the sit-in.

More work by the Rhoden Fellows

Later that day, McNeil and Khazan went to the south side of campus to be seated in front of their statue. Student representatives, ministers and speakers spoke of their appreciation for these men and what they meant to A&T. They gave the university a unique honor and place in black history.

Afterward, the group was honored by the university’s gospel choir, which sang “Total Praise,” a gospel song that expresses total submission to God. 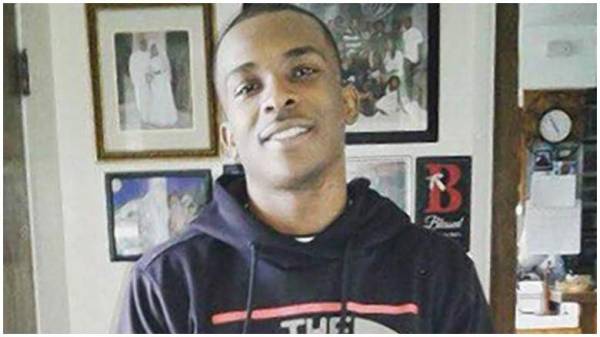 For me, the entire day was empowering and to experience it my first year was a wake-up call about how much history we take for granted. When I was in high school, I briefly learned about the A&T Four and what they did. But I didn’t learn anything of significance about them. So to be in such a place that solely honors them was an eye-opening experience for me. Some college students see the day as an opportunity to do community service or get extra credit in a class. The events were powerful and to be in the presence of historical icons was an inspiration.

The meaning of Black History Month varies among Americans of all races. However, most people I know view it as a month in which the contributions of African Americans over time are honored and recognized. It was not until I attended North Carolina A&T State University, a landmark in black history because of the N.C. A&T Four, that I received a deeper perspective of Black History Month.

East is a 2019 Rhoden Fellow and a sophomore multimedia journalism major from North Carolina (“the 336” to be specific). She is the creator and host of East&Market, a campus-based YouTube show, and also serves as a videographer for the Aggies football team.