The celebration of Kobe and Gigi brings basketball family together

LOS ANGELES – Staples Center is the home of the Los Angeles Lakers and LA Clippers. It has hosted six NBA Finals and two NBA All-Star Games. But on Monday, out of respect for the late Kobe Bryant, “The House that Kobe Built” showcased the greatest collection of basketball talent this Earth has ever seen.

“There was a lot of us. A lot of great people there for a pickup game,” former NBA star Gary Payton, one of Bryant’s former Lakers teammates, told The Undefeated. “Like Michael Jordan said, ‘This is what he did to us,’ for all of us to come out to pay tribute to him the way we did.”

Nearly a month after Bryant died at the age of 41 on Jan. 26 in a helicopter crash along with eight other victims, including his 13-year-old daughter Gianna – nicknamed Gigi – he and Gigi were memorialized in front of a packed crowd of family, friends, media and fans who traveled from all over.

Bryant is regarded as one of the greatest NBA players ever and perhaps its fiercest competitor. He was a five-time NBA champion, an 18-time All-Star and the Lakers’ all-time leading scorer. But as Monday’s celebration showed, he was much more than that.

Stars of the entertainment, music and sports world were there to show their love for Kobe and his family. With wife Vanessa Bryant sitting in the front row, Beyoncé, Alicia Keys and Christina Aguilera performed on stage. An emotional talk host Jimmy Kimmel hosted. And the likes of Jay Z, Ice Cube, Snoop Dogg, Kanye West, Kim Kardashian West, Queen Latifah, Jennifer Lopez and Paula Abdul were among the celebrities in attendance. Sports icons Mike Tyson and Alex Rodriguez were there as well.

“It was like the All-Star Game with Kobe winning the MVP again,” Ice Cube told The Undefeated.

But the biggest showing came from Bryant’s basketball family, who viewed him as more than just a teammate or a rival; they also saw him as a brother and a mentor.

“It was important for me to be there because of the relationship I had with Kobe,” Scott told The Undefeated. “I played with him his rookie year. And I coached him his last couple of years in the NBA. We had a lot of conversations about the game of basketball. We came full circle. The impact that Kobe had on the NBA and the world was so obvious. Not only the NBA family that was in attendance today. But all sports, especially NFL and MLB players, who were there to show their respect. This man had such a profound effect on people.

“His ‘Mamba Mentality’ will never be forgotten. And people that didn’t know him got a chance to hear and see what a great husband and father he was. There will never be another Kobe Bryant, at least in my lifetime.”

“I cried a few times,” said Shaw. “I laughed a lot. It was nice to see the collection of people that were here and see them break down as well. It made it OK to let it out this last time.”

Michael Jordan not only attended the memorial, but gave an unforgettable speech about his “little brother.”

“A part of me died when Kobe Bryant died,” Jordan said.

“That’s my brother and someone that gave me some of his blueprint to succeed in life,” Kuzma told The Undefeated. “It just shows you how much of an impact he had on millions of people of all kinds to have that magnitude of star power in attendance.”

“I came in today, just like everyone else, to show my respect to a true legend,” Gay told The Undefeated. “Playing against a competitive person like him showed us all that we can go harder. Being able to chop it up with him after my Achilles surgery showed me a different side of him. He really motivated me.”

Not everyone was able to make it, of course. Atlanta Hawks sharpshooter Trae Young, who Gianna was a huge fan of, watched the memorial on television from Philadelphia as he prepared for a game Monday night.

“Today has been tough for me,” Young told The Undefeated in a text message. “Kobe was my Jordan. I wanted to go to L.A. for the celebration, but something just told me, ‘You’re in Philly, Kobe’s hometown.’ Felt like this was right where I was supposed to be. I’m gonna do everything I can to carry on that ‘Mamba Mentality’ for Kobe & for Gigi.”

“In the words of Kobe, he doesn’t give, he invests,” said Los Angeles Sparks star Candace Parker, who also attended the memorial service. “And the impact and the amount of people he invested in in this world was evident in this celebration. He won at basketball but most importantly in life.” 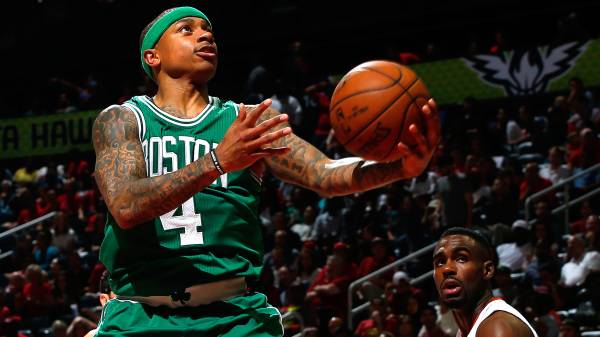 With generations of stars in attendance, it was plain to see that Bryant was respected and loved.

“It’s crazy and amazing to see the amount of sports and entertainment people there,” Tony Parker said.

Said Payton: “He was a great guy who made a great impression on this world. We didn’t know the type of impression he would make, but we can see it now.”