The day Tim Raines bet on himself and was awarded a historic $1.2 million salary in MLB arbitration

Get paid, Tim Raines. And get paid the Montreal Expos outfielder did by betting on himself in the 13th and final case decided by an arbitrator in 1985. Was any other outcome expected for the National League base-stealing champion?

Tom Roberts, the federal arbitrator who heard the case in Chicago on Feb. 21, 1985, awarded the 25-year-old the largest contract handed out in a baseball arbitration case – up to that point – $1.2 million. That was $200,000 more than what the team had offered for one year, and also made Raines the highest-paid player on the Expos.

After overcoming a drug problem in 1982, Raines built a reputation as one of the best lead-off hitters in baseball. In 1984, he had a .309 batting average, scored 106 runs and his 75 stolen bases led the NL. It was the fourth year in a row he stole more than 70 bases. Raines’ batting average ranked eighth in the NL, and he was second in runs scored to the Chicago Cubs’ Ryne Sandberg, who had 114. He finished with eight home runs and 60 RBIs.

The Montreal Gazette reported that due to the closing rate of $1.3888 Canadian for a U.S. dollar, Raines’ contract was worth $1.6 million in Canadian currency, and over the 162-game schedule, he would be paid $10,287.41 Canadian, or $7,407.41 U.S. per game. Arbitrated contracts were for one year only and devoid of incentive-bonus clauses.

“Oh, man,” Raines told the Gazette, “I hope I don’t have to sign 1.2 million autographs this year!”

It wasn’t all laughs for Raines, who really wanted a long-term contract instead of a one-year deal. Raines and his agents spent the better part of the winter trying to negotiate a deal before deciding on arbitration. At the conclusion of the arbitration, Raines revealed he was looking for a deal similar to the New York Yankees’ Rickey Henderson, who inked a five-year, $8.5 million deal. 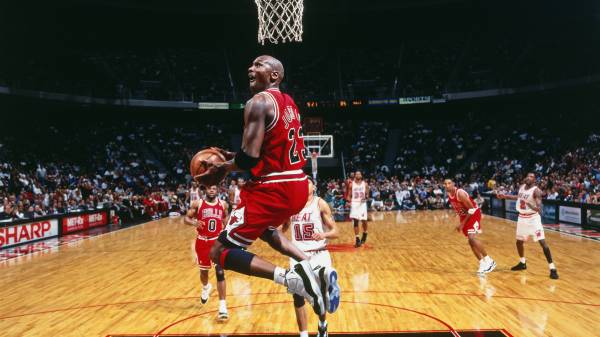 Start with the shorts: Why Jordan tops our list of NBA game changers Read now

Raines, who was eligible for free agency in two years, chose arbitration. The Expos, Raines said, offered a three-year deal, with two option years, so the years weren’t the issue, so much as “the figures.” Montreal wouldn’t say much more than Raines would have eclipsed $1 million under their proposed deal.

“It was a good case on both sides,” Raines said. “There’s no hard feelings on my part, that’s for sure. … I don’t sell myself short. I think I’m the same sort of player [Henderson] is, so I think I deserve the same money.

“I’ve always had one-year contracts, and I wanted a long-term one. But this won’t put any pressure on me or anything, I’ve always been a hard worker and I’ll be the same no matter what kind of contract. And if you don’t perform out on the field, you can’t have any arguments. … The way salaries are, the best players are going to get the best money, and I’m in that category. A lot of players make a lot of money, and I’m just one of them.”