Nats, D.C. and me: Why the World Series was worth the wait

HOUSTON — They say that baseball is as American as apple pie. So, it’s fitting enough that the last time Major League Baseball hosted a World Series in Washington, D.C., in 1933, that MLB was yet to be integrated and the Homestead Grays were, in fact, between leagues. The city was segregated and the ways of the world were just not the same. The National Press Club had yet to have been granted the first liquor license in the capital of the United States of America and the city’s future first black mayor was just 15 years old at the time and had yet to even move to town.

In the district, the hierarchy of sports when it came to fanhood was obvious — it was the NFL on down. But the stranglehold that pro football had on the city has loosened drastically since the Nationals came into existence, coincidentally starting in the very stadium that the NFL franchise ever had any real success.

The arrival of the Nats in the city wasn’t without controversy, but for an older generation of fans, like my own father, who saw not one but two baseball teams depart, the Nationals are a nod to time gone by.

You can talk all you want about championships and who deserves what and the collective joy that trophies bring. But you can’t understand what it all means until your old baseball teammates hit you up the night the Nationals finally won their first World Series title after a dramatic Game 7 against the Houston Astros, reminding you that you grew up playing the game for a reason.

Nobody tells you that deep memories would come rushing back to your head the next morning about your family asking why you want to play baseball of all things. And there’s no way to be prepared for the reminders of things your older relatives used to say when all you wanted to do was break in your glove as a kid. The only questions they had for you were: Are you sure this is the field? Because they saw only white kids on those patches of grass and were smart enough not to assume that we belonged. Aunts and uncles were the ones who warned you about your own safety on the fields you made friends on, or so you thought.

Random new Washingtonians don’t know what it’s like to pull up to practice in a cab and get made fun of by certain other kids, because they don’t understand that you had to come in a taxi, because it was your uncle, a cab driver, who was the only one who could take you that day. They don’t know what it’s like to be a 14-year-old and the only one on your squad being told to wash your hands before you eat at the restaurant after the game. Nobody thinks about these things when Howie Kendrick goes oppo to seal a World Series. 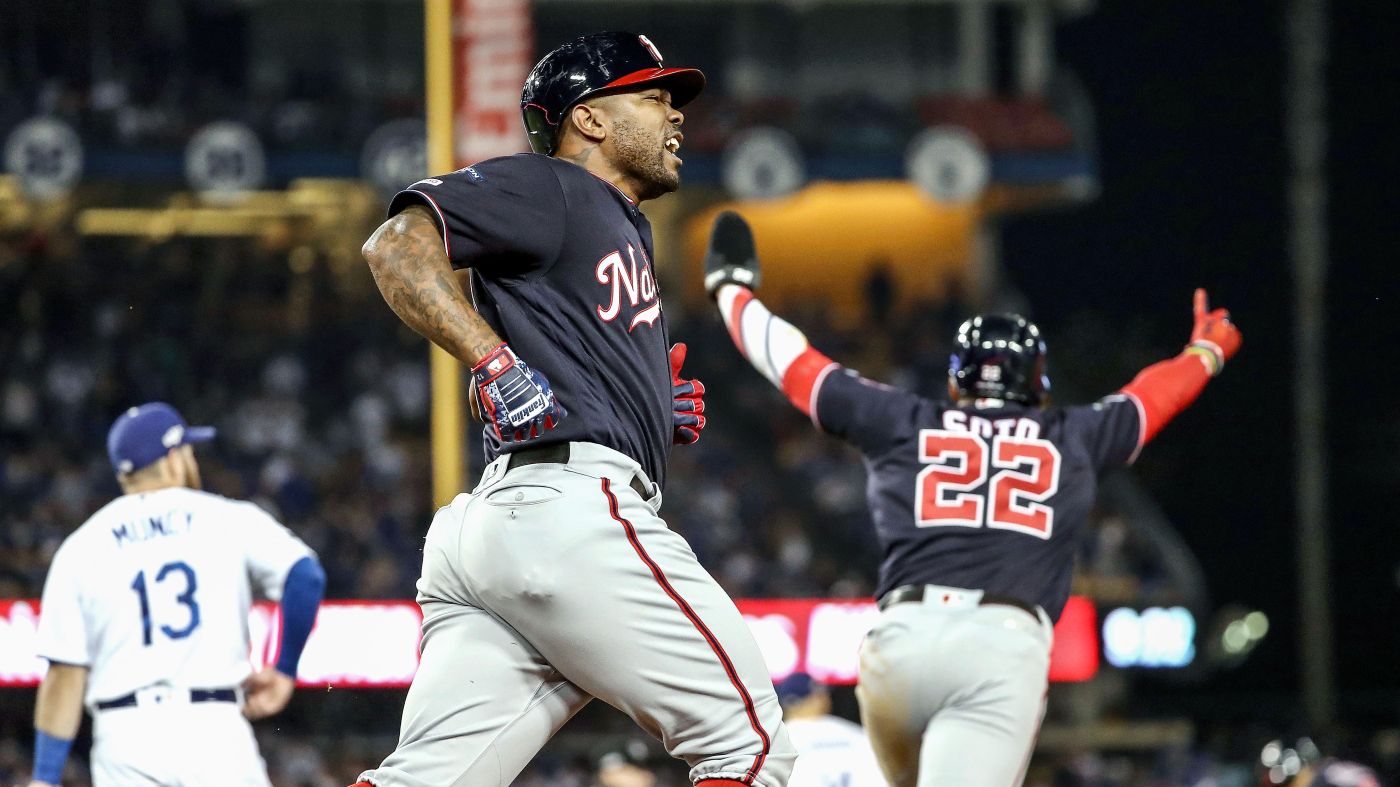 If you want to know why that feeling is so visceral, it’s because in Washington, D.C., the game was moved, specifically, to avoid black folks. Literally. The Minnesota Twins exist because a racist owner decided that he didn’t want Negroes at his baseball games.

“I’ll tell you why we came to Minnesota,’ Calvin Griffith said in 1978. Nineteen freaking seventy-eight. “It was when I found out you only had 15,000 blacks here. Black people don’t go to ball games, but they’ll fill up a rassling ring and put up such a chant it’ll scare you to death. It’s unbelievable. We came here because you’ve got good, hardworking, white people here.’ ”

Fans today may not know that the very stadium that the old team, the Senators, played at was named after that man’s uncle, and that the site is now the operating hospital of arguably the most honorable historically black university in the country. The inside of Howard University Hospital features a portion that highlights where home plate used to be when they played baseball on the same grounds. The same school that your father attended, the lone member of his family to do so.

Then one day you look up and baseball pioneer Frank Robinson is the manager of the roster you waited your whole life for up. But their inaugural season, in 2005, goes down at a place with an actual plaque erected outside for a known racist. George Preston Marshall. Look him up.

But then you meet a person, a minority owner — no pun intended, but certainly noted — of the very team you care about, with an outlook so sunny and positive based on the years of experience and excellence that many of our people have come to be known for no matter the obstacles, and you think to yourself, maybe we have a chance.

“A lot of D.C. people who really were still pinching themselves that the World Series even happened here,” said Nats minority owner Paxton Baker after Game 5.

Outside of the ballpark in Washington during the World Series, it was quite the collaboration. Thousands of people showed up for watch parties throughout the series, including Game 7, when it was raining down on Half Street, but it didn’t matter.

The World Series brought out more than just hardcore baseball fans, it brought together a group of people who understand the value of how sports can unify more than just the people used to paying to show up.

And when it all comes full circle — after you share everything you can and your city embraces every single possible thing about baseball that you never knew they could, including all the players and customs of the game and franchise that were quirky and oddball — you remember sitting down across a table at Game 4 with two youths, Janyia Freeman and Julian McPherson, from the Washington Nationals Youth Baseball Academy, the team’s initiative to use baseball and softball to serve the community.

They wonder why you want to talk to them. And the guiding hand of a pioneer comes to your aid, and asks the most intense question that at the time you don’t have the guts to ask yourself because you already know the answer.

“In all of this, what did you learn about yourselves?” Claire Smith, the Baseball Hall of Famer, says to two kids who just want to eat their chicken fingers.

They tell you that baseball has made them better people and made their parents proud.

So, when you’re standing in the visiting clubhouse in Houston, watching humans imbibe champagne and luxuriate in victory, you wonder if it was all worth it.

Of course it was. Which is why they kept it from not just us for so long, but why it was so hard for this city to achieve it all along.