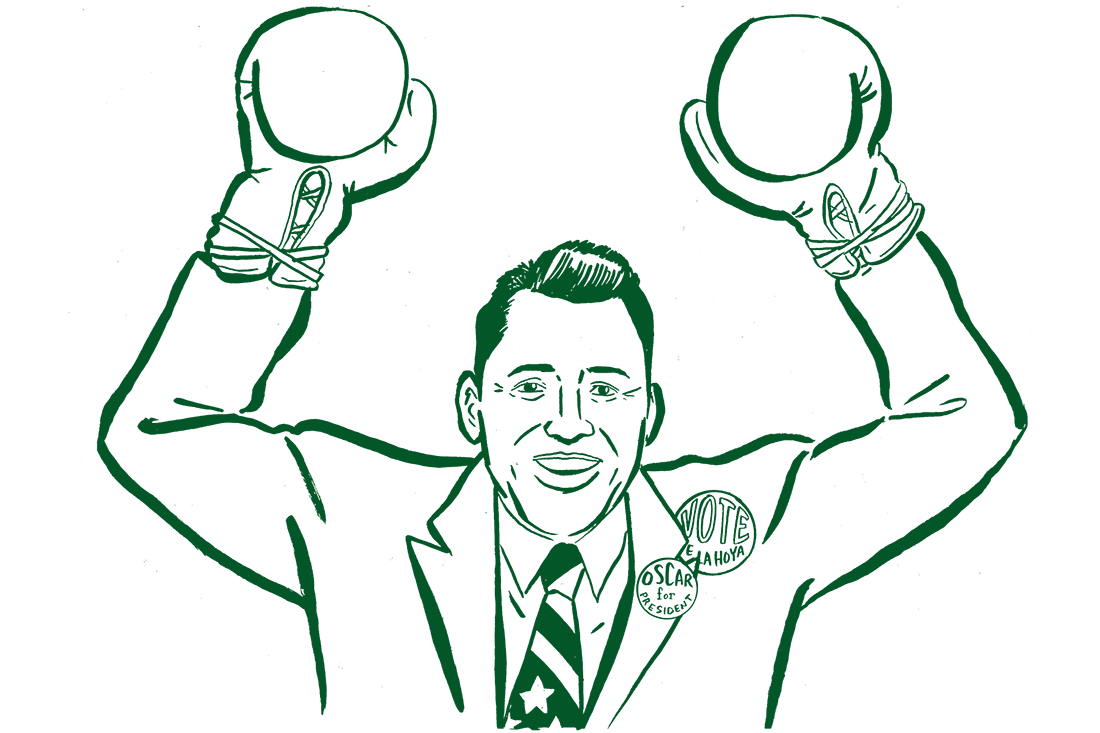 Oakland Raiders coach Jon Gruden, while Jim Halpert stares blankly into the camera, said his team struggled against the Los Angeles Rams because “we didn’t get to [Jared] Goff enough. We didn’t get to [Todd] Gurley. We have to look at ways we can do better,” just one week after trading away former Defensive Player of the Year Khalil Mack. In a plot twist even M. Night Shyamalan couldn’t predict, the New England Patriots released wide receivers named “Riley” and “Chad.” The Philadelphia Phillies, taking a cue from the Philadelphia Police Department and letting “the fire burn,” used blowtorches to help dry the field at Citizens Bank Park after a weekend of rain. Retired professional boxer Oscar De La Hoya, teasing a big event to stroke his ego that he’ll eventually underperform in … again … said he is “very serious” about following in the footsteps of Kanye West and running for U.S. president in 2020. Los Angeles Lakers forward LeBron James, further forcing Philadelphia 76ers fans to ask, “How come he don’t want me, man?” after choosing the Lakers over the Sixers and being spotted playing pickup with Sixers guard Ben Simmons, secured a script commitment from NBC for a comedy based on the life of Simmons. 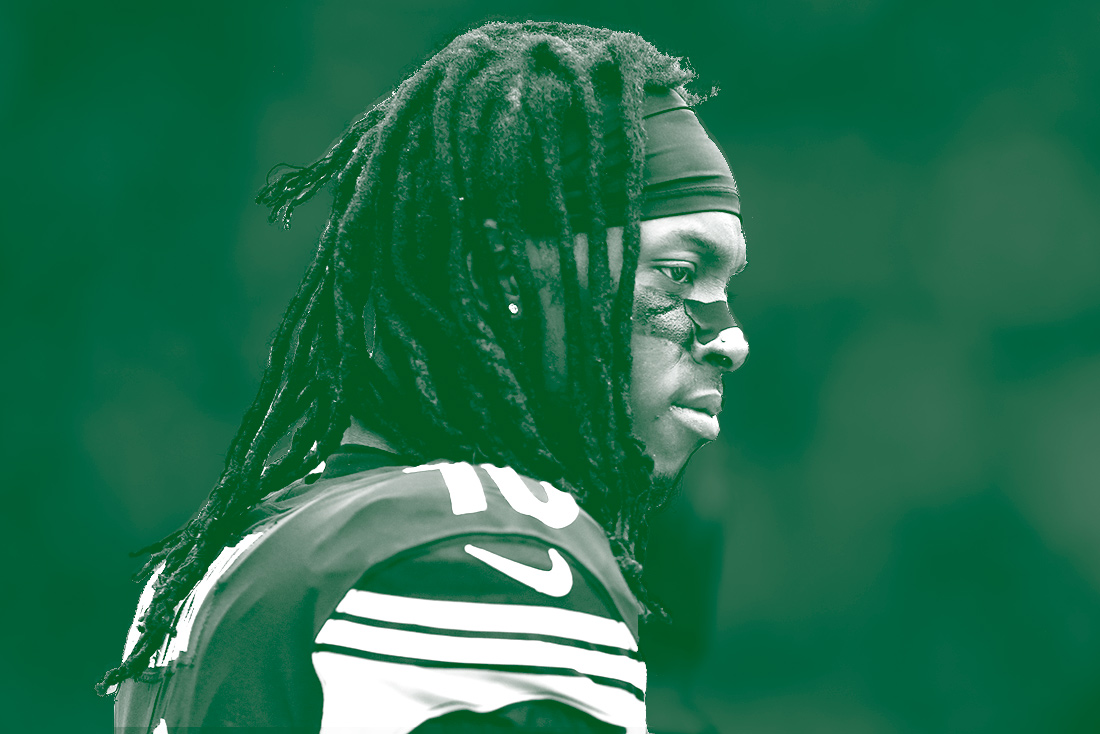 The Patriots signed former Cleveland Browns receiver Corey Coleman, replacing “Riley” and “Chad” and welcoming the team to the resistance. Northwestern football coach Pat Fitzgerald, who told his team four years ago that “we have great protocols in place, and we haven’t been forced to do that by any third party” when they attempted to unionize, called run-pass option plays “the purest form of communism.” Dallas Cowboys receiver Cole Beasley, indirectly describing the team’s offense the past two years and owner Jerry Jones’ sincerity in regard to the national anthem, described social media criticism against the team as “all full of poop.” A Florida (of course) high school assistant football coach, making Rick Court look like Rick Moranis, is accused of head-butting a player, blowing a snot-rocket at another, telling another “he should commit suicide” and, as his pièce de résistance, standing on a toilet seat and “urinating over a stall at a 16-year-old student.” The Raiders, like an estranged couple on Facebook, re-signed receiver Martavis Bryant, who is facing a yearlong ban for violating the NFL’s substance abuse policy, just one week after releasing Bryant, which happened four months after the Raiders inexplicably traded a third-round draft pick for him. 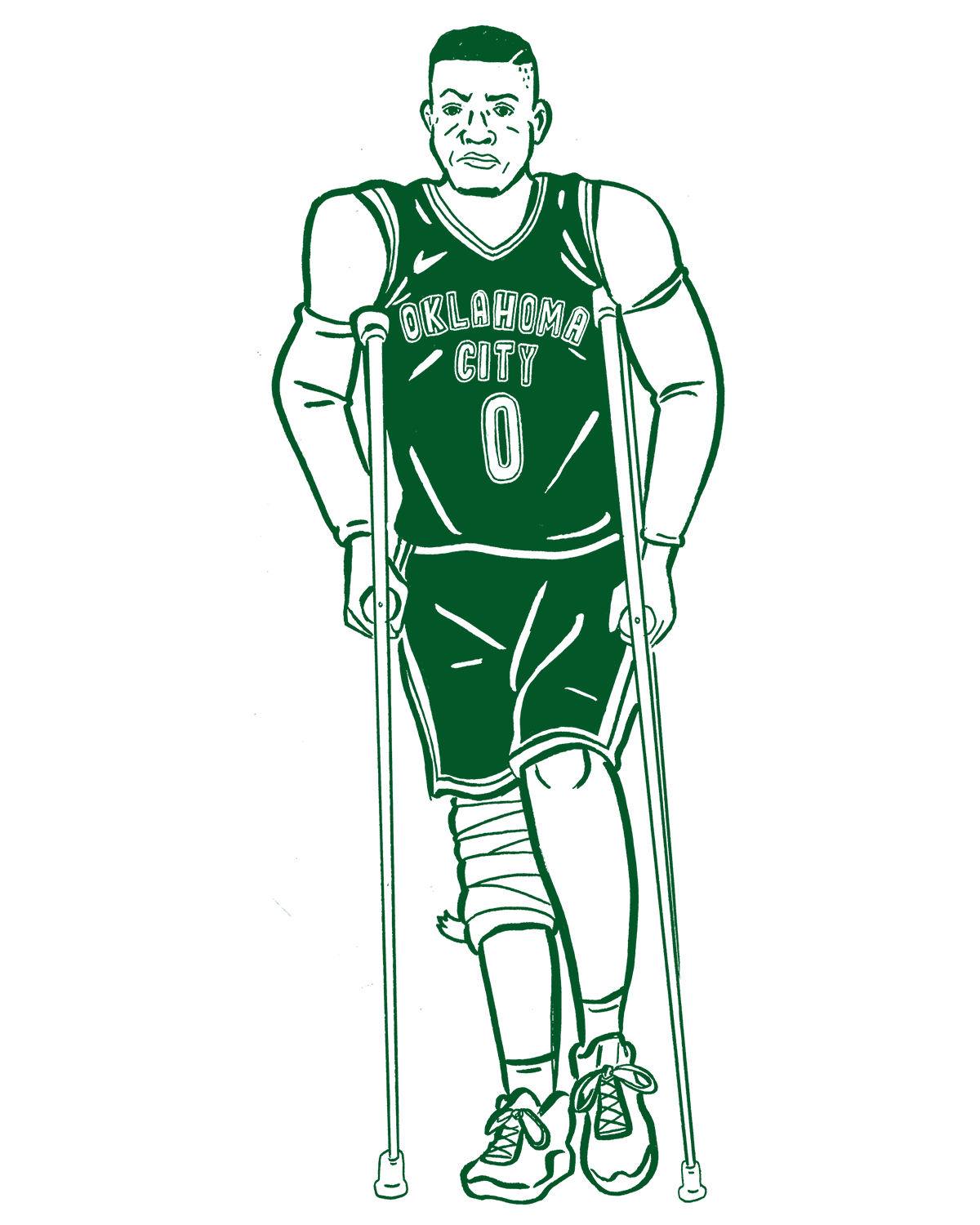 The Buffalo Bills, quintupling down on its decision to trade away Tyrod Taylor like a Nathan Peterman first half, named rookie Josh “Hard-R” Allen as its starter for Week 2. Oklahoma City Thunder guard Russell Westbrook, now with nearly as many right knee surgeries (four) as advancements out of the first round of the playoffs (five), underwent arthroscopic surgery that will force him to miss the entire preseason. A Melbourne, Australia, newspaper, on a continent famously known for an invasion by white people and massacre of its aboriginal people, reprinted the racist cartoon of American tennis player Serena Williams under the headline “Welcome to PC World.” New York Giants safety Landon Collins said he feels like the “Giants are America’s team,” in that it can’t let go of past glory, embraces mediocre white men, and can’t stomach vibrant and opinionated black men. Jacksonville Jaguars head coach Doug Marrone, who before last year hadn’t coached a postseason game since his 8-5 Syracuse team played in the historic Pinstripe Bowl in 2012, said he hasn’t watched a Super Bowl in nearly 40 years because “I’m usually so pissed off, I can’t handle it.” 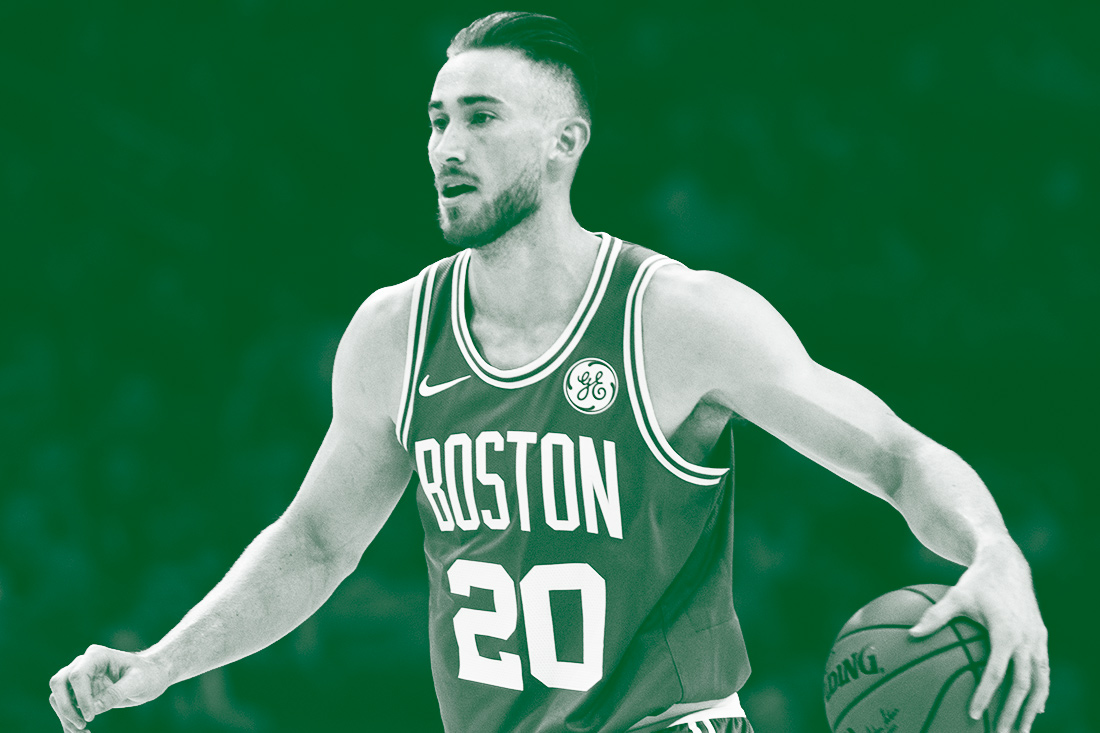 Boston Celtics forward Gordon Hayward, speaking like a man on a $128 million contract, said the team’s roster is so loaded, “It doesn’t matter who starts.” Video game developer Electronic Arts’ NBA Live franchise was called the “Eastern Conference to [competitor] 2K’s Western Conference” by a video game media company, which further stings after the departure of LeBron James to the West Coast. A hockey player was traded from a hockey team to another hockey team. Proving that getting these tweets off is a more severe offense than violating the civil rights of a citizen, a Milwaukee police officer involved in the controversial arrest of Milwaukee Bucks guard Sterling Brown was fired for, among other things, roasting Kevin Durant’s hair and playfully (??) threatening to use a stun gun on JR Smith.