One is a descendant of the Black Love Brat Pack. The other comes from an indie aesthetic.

If you’re looking for black romance onscreen, you first have to ask: which kind?

Two films released within a week of each other, The Photograph and Premature, exemplify two paths of black cinematic romance that have emerged since a mini golden age of onscreen black love in the late ’90s and early 2000s.

Back then, it was impossible to miss the Black Love Brat Pack: mainstream, studio-backed offerings from Theodore Witcher (Love Jones), Gina Prince-Bythewood (Love & Basketball), Malcolm D. Lee (The Best Man), and Rick Famuyiwa (The Wood, Brown Sugar). These films formed a contemporary canon, and launched the careers of a set of actors who became synonymous with the genre, especially Sanaa Lathan, Nia Long, Taye Diggs, Morris Chestnut, Gabrielle Union, and Regina Hall. Their films became pop culture touchstones: endlessly referenced and rewatched, just like the A Different World reruns that used to dominate Nick at Nite.

(Want to launch a grenade at a house party? Try saying Love Jones wasn’t actually a good movie, stand back, and watch the argumentative chaos follow.)

Offerings from the Black Love Brat Pack began to thin in the mid-2000s, before a mini-revival of sequels, along with Lee’s adaptation of the Steve Harvey dating advice book, Think Like a Man, reinvigorated the genre.

What filled the space left by those films? A lot of contemplative, experimental indies, and the web series put forth by Numa Perrier and Dennis Dortch’s Black & Sexy TV, an outfit that produced and distributed Hello Cupid, The Number, and The Couple. They were an instrumental part of a black web series boom that also included Issa Rae’s The Misadventures of Awkward Black Girl.

In 2008, around the same time as Black & Sexy began its ascent, Barry Jenkins released Medicine for Melancholy, which starred Wyatt Cenac and Tracey Heggins as a San Francisco couple coming together against a backdrop of gentrification. Ava DuVernay premiered I Will Follow, a drama about a woman sorting out her life and relationships as she cares for a sick aunt, in 2011. Her star began to rise, especially when DuVernay became the first black woman to win the best director prize at the Sundance film festival for Middle of Nowhere, which focused on the life of a woman whose partner is incarcerated. Dee Rees’ feature debut, Pariah, came out in 2011, and Terence Nance followed with An Oversimplification of Her Beauty, a weird, heartfelt drama that combined animation and live action, in 2012.

The Black Love Brat Pack dramas and comedies focused on the romantic lives of professional people and their romantic entanglements. It was a small circle. The directors would talk to each other, which is how Prince-Bythewood ended up casting Hall in Love & Basketball — she saw her in The Best Man and called Lee. While the Black Love Brat Pack films were lighthearted and largely divorced from larger social issues, the indies often were not. They incorporated themes of displacement and mass incarceration and explorations of queer sexuality. Without the big promotional budgets that come with wide-release films, they often found their audiences through streaming services and word-of-mouth. What emerged felt new and different: a spate of filmmakers introducing work, often made with microscopic budgets, that thrived on creating atmospheres of connection and intimacy.

In The Photograph, her first turn as a romantic lead in a studio drama, Rae appeared to be pulling from both traditions. In her 2016 memoir, Rae wrote about her admiration for Prince-Bythewood and Love & Basketball and how it inspired her to write her own movie, called Judged Cover. She wrote to Prince-Bythewood to tell the director that she watched Love & Basketball daily for inspiration. Meanwhile, her co-star in The Photograph, LaKeith Stanfield, had emerged as a poster boy of the indie film set, thanks to turns in Short Term 12, Sorry to Bother You, and Get Out.

The Photograph is very much a millennial film that hearkens back to the glory days of the Black Love Brat Pack. It’s about two “normal black” people, as Rae calls them: middle-class professionals living in New York. There’s no backdrop of poverty, or stop-and-frisk, or other forms of structural racism coloring the lives of Rae’s and Stanfield’s characters.

On Friday, IFC films releases Premature, a coming-of-age romance shot in 16mm that harkens back to films such as She’s Gotta Have It (1986), Just Another Girl on the I.R.T. (1992), Kids (1995), and Raising Victor Vargas (2002). The film, which won the Film Independent Spirit Award for Someone to Watch, will have a theatrical run in New York and Los Angeles, and is also available to stream. Set in gentrifying modern-day Harlem, playwright and poet Zora Howard, who co-wrote the movie, stars as Ayanna, a recent high school graduate in the summer before she starts life as a freshman at Bucknell. She falls for the slightly older Isaiah (Joshua Boone), a producer and composer, and who gently persists in pursuing her after meeting Ayanna during a pickup game at Rucker Park.

I enjoyed Premature enormously. It’s a thoughtful portrait of what it’s like to exist in the space of early adulthood while experiencing an intoxicating first love. Howard, in her first feature performance, imbues Ayanna with a wild, hungry, sexuality that also can quickly turn bashful and insecure. She refuses to say much to Isaiah when he first expresses interest. He sits on a playground swing next to her and introduces himself, and Ayanna simply walks off without revealing her name. Then he’s chasing after her down the street days later, as Ayanna hauls a bag of laundry back to the apartment she shares with her mother. 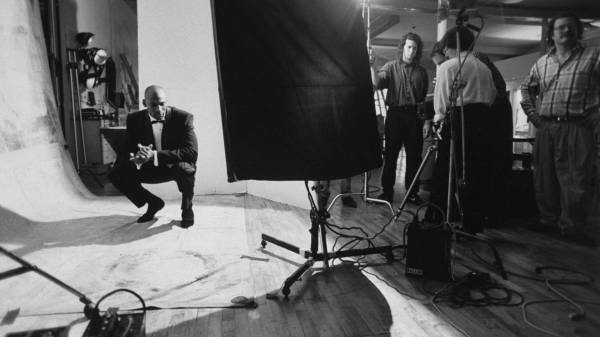 Cinematographer Laura Valladeo’s choices feel rich and revelatory, especially in the sex scenes. This is fully Ayanna’s story, told from her point of view. She practically devours Isaiah when they finally get some time alone, and when he slows things down, she shrinks, chastened, and sits covering herself as Isaiah picks out a record to play.

It’s a masterful portrayal of the appearance of confidence that comes with being 17, of being talented and smart and yet unaware of what you don’t know. Ayanna, having witnessed her mother’s disinterested approach to come-and-go suitors, realizes that she and Isaiah have something special, and she tries desperately to protect it, even as their age difference begins to present fissures. She’s got a lot in common with the titular character in Juno, and with Carey Mulligan in An Education, teenage characters known for their emotional precocity. The story crests with a pregnancy and an abortion. But the film never becomes an “issue film.” Premature is not really an abortion story, but one about a girl finding her voice, and learning to put herself first.

What’s frustrating, ultimately, when it comes to the way we consume black romance, is how much loveliness remains hidden by contrasts in distribution. Premature deserves as wide a release and as much attention as The Photograph, especially when a new, millennial Black Love Brat Pack has yet to emerge. Perhaps that’s because these types of indies are where black love stories are headed. Wouldn’t it be nice if studios took heed?