The power of UFC heavyweights Francis Ngannou and Jairzinho Rozenstruik

The last time UFC heavyweight Francis Ngannou stepped into the Octagon, he had the commentating team on pins and needles.

“This is so nerve-wracking,” color analyst Paul Felder said in June as Ngannou stood across from former champion Junior dos Santos. Seconds later, Ngannou floored dos Santos with two vicious right hooks and finished him with hammer fists on the ground before the referee stopped the fight 1 minute, 11 seconds into the first round.

“If he is not the scariest power puncher to have ever touched down on that canvas, I’ll take your other nominations,” said lead commentator Jon Anik as Ngannou held his hands up in victory.

In his post-fight interview, Rozenstruik made it clear who he wanted next.

“I really want to fight this big, scary guy Francis Ngannou,” he said. “Let’s give these people a real show.”

Ngannou and Rozenstruik will finally face off at UFC 249 Saturday in Jacksonville, Florida, after their originally scheduled fight in the main event of UFC Fight Night: Columbus on March 28 was canceled due to the coronavirus pandemic.

The winner of the bout is likely to be the next heavyweight title contender.

And while that is surely the motivation for the two knockout artists, they also share another common goal: Beyond their desire to put on a show Saturday are their efforts to empower children of color to dream.

“We want to help them believe in themselves,” Ngannou said. “You can come from a small village and still make it.

Ngannou, 33, remembers dreaming of becoming an architect while growing up in the village of Batié in Cameroon. He also remembers being sent to live with his aunt after his parents divorced.

“The fact was my dad was very violent, beating up my mom, beating us up,” Ngannou said. “When my parents got divorced, I was 6 years old at the time and I had to go to my aunt to live there. That’s where I found out about my dad’s reputation.”

Ngannou’s father was a notorious street fighter in Cameroon who was constantly in trouble with the law. Despite his youth, Ngannou said, people would compare him to his father, causing him to feel ashamed. Meanwhile, he said, his classmates treated him as if he were beneath them because his family lived in poverty.

To get away from the negative feelings, Ngannou began dreaming of becoming a fighter as a teenager. But unlike his father, he wanted to fight for something positive.

In 2012, Ngannou began a harrowing two-year journey from Cameroon to France, which included two months in an immigration detention center in Spain and weeks of homelessness in Paris, to pursue boxing as a way out. Instead, he fell in love with mixed martial arts.

Rozenstruik, 32, grew up in Paramaribo, Suriname, where he remembers relying on secondhand clothing he received when he attended church. His parents separated when he was young and he endured two stints in foster care, his second stay becoming unbearable due to the physical discipline he was subjected to.

After he could no longer take the abuse, he ran away to his grandmother’s house, the only place he knew how to get to. Rozenstruik remembers how his grandmother looked at him that night.

“She saw me, how I looked, and she was sad,” he said. “And she was mad at my family, especially my dad. She was crying, she said to him, ‘You’ll never do that again, he’s gonna stay with me!’ ”

As a teenager, Rozenstruik said, he was a troublemaker running around in the streets with his friends. That changed when he started organized kickboxing training at the age of 17. He said he enjoyed learning new fighting techniques, and releasing his energy in the gym helped deter him from the path he was headed down.

“Those kinds of feelings started growing in me, made me feel better,” Rozenstruik said. “As soon as I got the opportunity for my first fight, I saw this new kind of way I can live my life.”

Looking back now, Rozenstruik is thankful he went through his struggles.

“I’m happy that I went through all those things, because that taught me in life, everything I have right now, I appreciate more, I focus more on it, and it makes me feel great,” Rozenstruik said, noting he has a good relationship with both his mother and father today.

“And now I’m in this position doing good things and even helping other kids to be even more successful than me when they grow up, and that makes me feel good.”

Through sports and the principles of respect and discipline, Ngannou and Rozenstruik now aim to be the people they wish would’ve helped them when they were children.

“My dream was to become an athlete, a boxer, but I didn’t have a gym for 50 miles around,” Ngannou said. “You kind of expect somebody to show up and decide to build a gym, but nobody ever shows up. I’m like, maybe I can be that person for somebody.”

In 2017, two years after he joined the UFC, Ngannou found a warehouse that had been abandoned for more than 30 years in Batié and began taking steps toward acquiring the property and building his gym. In January 2019, Ngannou founded the Francis Ngannou Foundation, which opened the first fully equipped combat sports gym in Cameroon.

“There was no telling him, ‘Slow down, do this first because you’re gonna run out of money,’ this and that. There was none of that,” said Nigerian-American UFC welterweight champion Kamaru Usman, who first met Ngannou when they both made their UFC debuts on an untelevised preliminary card in December 2015. 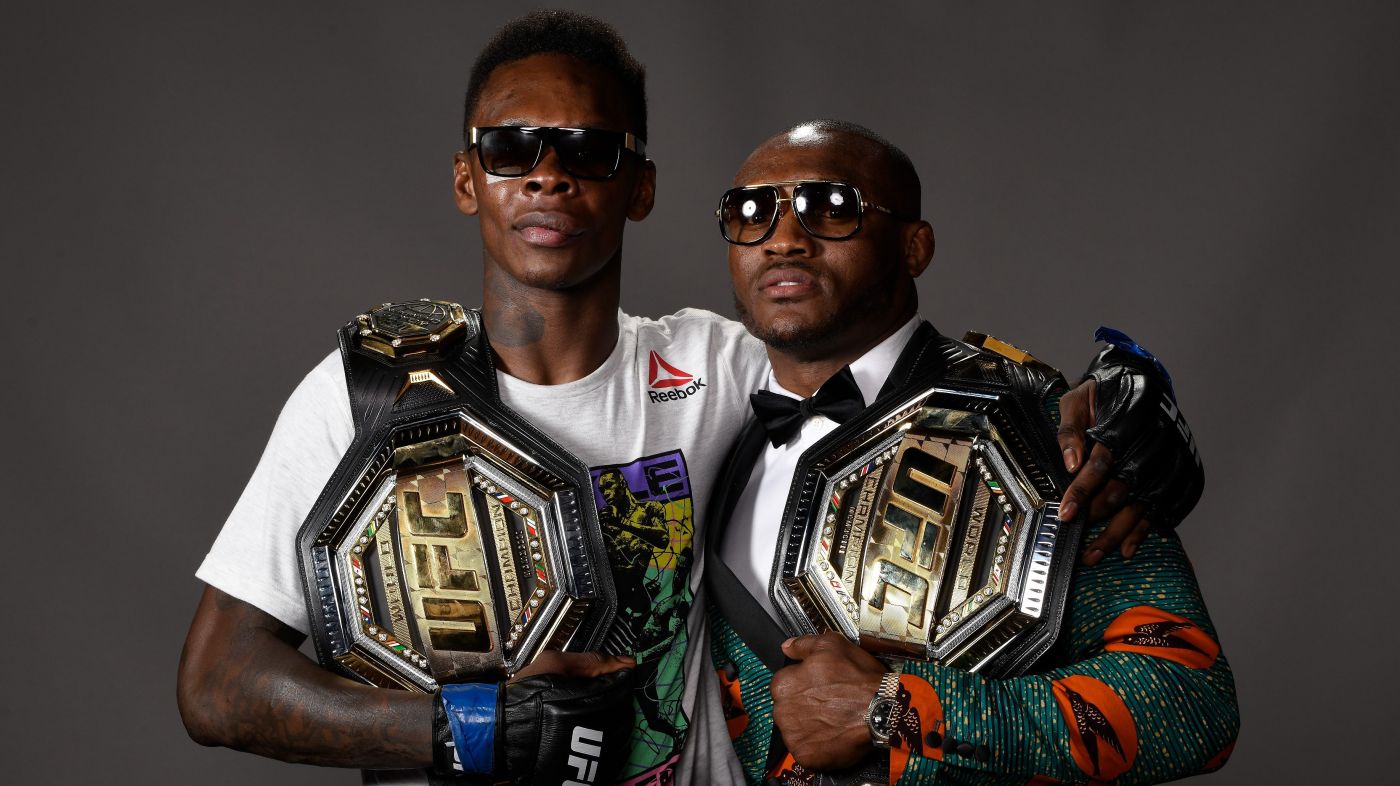 Ngannou plans to build two more gyms in villages where disadvantaged children will have access to them. He collects clothes, shoes, books, pens and other supplies as donations and said he wants to eventually be involved with education and workforce training.

Rozenstruik, meanwhile, launched the Rozenstruik Gives Back Foundation late last year with the hopes of building an athletic complex in his hometown of Paramaribo.

“What I learned is, you’re always something, it’s not [that] you’re nothing, you’re always something, but not everybody knows that [about themselves],” said Rozenstruik, who plans to travel back to Suriname as soon as the coronavirus pandemic ends so he can help distribute meals across the country. “So you have to let people know so that they’re aware of what they can become if they believe in what they want to do.”

Rozenstruik’s and Ngannou’s success in the Octagon has led to a spike not only in MMA fandom in their respective countries, but also in the number of their countrymen who want to pursue fighting careers.

Sometimes all it takes for inspiration is representation.

Ngannou recalls a trip back to Cameroon after he suffered his first UFC loss, a unanimous decision to heavyweight champion Stipe Miocic in January 2018. Embarrassed and disappointed in himself, Ngannou found it hard to be excited to be back home.

That is, until he stepped off the plane and saw the celebration that was waiting for him.

“We didn’t expect one of us to get all the way there, and you made it. So you won everything.’ ”