Half of GAMU is sick; the school is in debt and Eva Fletcher can’t escape her past demons

Season 2, episode 2: The Quad — The Interruption of Everything

We find Noni Williams outside of Cecil Diamond’s home, begging for him to let her back in the band the best way she knows how — through music. Williams is playing her heart out to attract her former mentor’s attention, but Diamond brushes right past her, gets in his car and blasts a tune of his own: Back Stabbers by The O’Jays. Touché, Cecil Diamond. Touché.

Back on campus, there’s a serious board meeting discussing the future of Georgia A&M University. Financial woes seem to increase for Eva Fletcher each week. Besides not being able to support the school, there’s the ghost of Terrence Berry quite literally haunting her. Fletcher finds herself with recurring nightmares of Berry following her around and demanding his family be paid settlement money owed from his death. Money is tight, and board members suggest asking Berry’s family for an extension while they sort through financial issues. It sets Fletcher off, and it’s the first time the audience (and board members) catch a glimpse of how deeply the Berry incident is affecting Fletcher.

Academically, the school seems to be on track with professors who actually care about their students — so much so that tough love is not being spared. Football player Junior (Miles Stroter) has learned the hard way after being kicked off of the team by head coach Eugene Hardwick due to poor grades. Feeling as if football is all he has, Junior looks to dean Carlton Pettiway (E. Roger Mitchell) for guidance, which eventually leads him back to the classroom of Ella Grace Caldwell (Jasmine Guy). After being asked if he could retake his final, Caldwell, in her caring yet no-nonsense fashion, delivers some sage advice to Junior that we should all be reminded of from time to time: “Start expecting a chance … Get ready, and stay ready.”

As Fletcher battles her personal demons, her daughter Sydney seems to be pushing past her own problems. During class, Sydney tells best friend Madison Kelly that she’s looking forward to hanging with Myles, her latest love interest. Kelly is happy that Sydney has moved on, but questions whether it’s too soon. Before their conversation could continue, class begins. Upon hearing there’s a quiz, Kelly tries to make a quick escape to the restroom after falling ill. Caldwell doesn’t buy that excuse, but quickly wishes she had as Kelly hurls into a wastebasket and onto Caldwell’s pumps.

Sydney helps her friend, but also questions what appears to be morning sickness. Possible pregnancy? Couldn’t be. Or could it?

Before viewers could finish pondering whether Kelly’s ex-boyfriend left her with a little more than heartbreak, the next scene takes us to the campus clinic filled with sick students. They can’t all be pregnant. We discover that it’s a norovirus, a severe (and contagious) stomach flu that causes vomiting, diarrhea and stomach pain. The virus seemingly swept the campus overnight, transforming healthy students into walking zombies. Flushed, dehydrated faces line the campus clinic and dorm halls. Fletcher, who sees Sydney at the clinic, requests that she go home until the bug is taken care of. The campus would need to be quarantined.

In the dorms, a familiar face is back! Ebonie Weaver (Erica Michelle) and best friend Cedric Hobbs are reunited and doing what they do best — rapping. Meanwhile, on the other side of campus, Fletcher is in over her head. The virus was possibly caused by malfunctioning freezers, which caused temperatures to drop and thaw the food. The old freezers would need to be replaced, but Fletcher knows the school can’t afford the $100,000 for new ones. The situation became so dire, a student was hospitalized after fainting. Not wanting to risk more bad publicity, Fletcher plans to ask Berry’s family for an extension.

And of course, that went about as great as, well, not great at all.

Berry’s mother still believes her son’s suicide is Sydney’s fault. Fletcher explodes and rips the bandages off of healing wounds by saying Berry raped Sydney. He should be the one apologizing from a jail cell. Fletcher’s emotions are raw, the nightmares continue, and it looks like she has finally reached her breaking point. 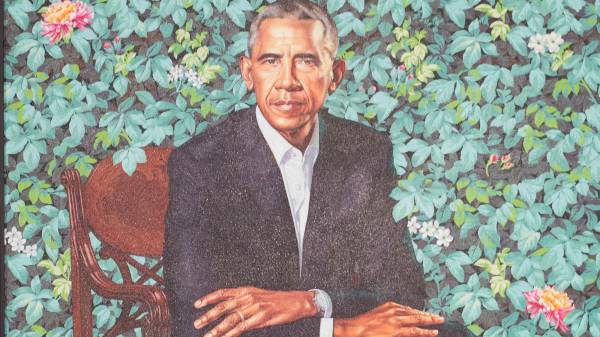 Off campus, Sydney is finally getting her groove back, and is excited about meeting up with love interest, Myles. As they Netflix and chilled, things began to heat up pretty quickly. But Sydney soon learns that she’s not as over her sexual assault as she previously thought. The closer Myles got, the more her suppressed memories of the assault began to resurface. She ended the night by asking Myles to take her home.

As the episode neared its close, Williams is back at Diamond’s house with the same approach, but a different tune. This time, Diamond opens his door to address the former band member. Williams explains why she turned the original music over to rival band director Clive Taylor, and — once again — apologizes for her actions. Stern, yet a bit more forgiving, Diamond informs Williams that he’ll think about letting her back in. After all, Diamond just found out that his cancer is in remission. If he can get a second chance at life, then maybe he can give Williams a second chance in the band.

A good guess is that Diamond may use Williams to turn the tables on Taylor. Something tells me this won’t be the last we see of this dangerous yet dynamic duo.