Prairie View A&M has a top offensive and defensive player

Stars are born at HBCUs.

These players are playing for rings and championships, and even for the Deacon Jones Trophy, which goes to the football player of the year among teams from historically black colleges and universities (HBCUs). Six of these players are on the Jones trophy watch list.

So, as we reach a pivotal point in the season, let’s recognize some of these players who are putting everyone on notice.

Jerry Garner of Mississippi Valley State has cemented himself as one of the top defensive players in the Southwestern Athletic Conference (SWAC) this season. Garner, at 6 feet, 2 inches, 240 pounds, has been a disruption in offensive backfields, leading the conference in both tackles for a loss (12) and sacks (7.5). Not only is he leading the SWAC in sacks, he is also ranked in the top 10 of all FCS defensive players in total sacks and sacks per game.

Slade Jarman of Fort Valley State has led his squad to a dynamic start by throwing for 2,099 yards and 18 touchdowns and is the signal-caller for the offensive attack that leads the Southern Intercollegiate Athletic Conference (SIAC) in scoring. The 6-foot-4, 220-pound signal caller is the league leader in passing efficiency and also ranks in the top 20 in Division II football in passing yards per game (262.4).

Rico Kennedy of Morgan State has been one of the most notable defensive players in the Mid-Eastern Athletic Conference (MEAC) this season. He leads the conference in total tackles and tackles per game. Kennedy’s 9.5 tackles per game ranks him in the top 20 of all FCS players. Kennedy, at 6 feet, 3 inches, 235 pounds, is also second in the MEAC in tackles for loss and is ranked in the top 10 in the conference in sacks.

Jah-Maine Martin, at 5-10, 214 pounds, has become a workhorse running back for the North Carolina A&T Aggies and has taken advantage of his opportunity to become the main ball carrier in 2019. Martin leads the FCS in both rushing yards per carry (8.72) and rushing yards per game (135.9). He is also second in the FCS in total rushing yards, and second in the FCS in scoring. Martin accounts for more than two touchdowns a game and has helped the Aggies become the No. 1 scoring offense in the MEAC. He is also second in the MEAC in all-purpose yardage. If Martin continues on this pace, he’ll complete one of the best seasons by an MEAC running back.

Joseph McWilliams of Grambling State leads the SWAC in interceptions and is ranked fifth in the FCS with four interceptions. The 5-foot-11, 175-pound McWilliams has not only proven his ability as a ball hawk but is a playmaker once he has the ball, returning three of his interceptions for touchdowns while racking up 207 interception return yards. He also ranks in the top 10 in the SWAC in passes defended this season.

Chris Rowland’s season at Tennessee State has been nothing short of extraordinary. He is currently the FCS leader in total receiving yards (1,134), receiving yards per game (141.8), and receptions per game (10.3) If he were to keep up this pace through the remainder of the season, he’d accomplish a very rare feat: finishing No. 1 in those three major receiving categories. Rowland, at 5 feet, 8 inches, 180 pounds, also leads the FCS in all-purpose yards and all-purpose yards per game. He has 274 kickoff return yards and 91 punt return yards as well.

Tre’Shaud Smith is an integral key to the success that Prairie View A&M has had this season. Smith, 5-feet-11, 225 pounds, is ranked No. 2 in the SWAC in tackles per game and second in the conference in tackles for a loss per game. He is fourth in the conference in total tackles and ranked 15th in the FCS in total tackles per game. Smith is also second in the SWAC in sacks this season. 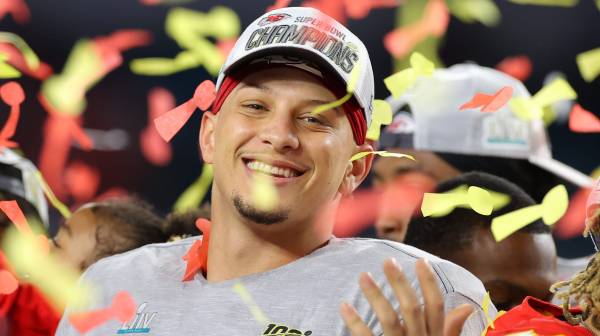