The Undefeated guide to Pokémon GO

Pokémon GO has officially taken over, y’all. Have you seen people randomly pacing around your neighborhood like they have a burner phone? That means they’re probably on the prowl for some prime Pokémon. Whether you’re completely confused, stuck in a state of FOMO or already an expert, turn your trainer hats to the back and get hip!

For those of you who don’t know, it’s like when you used to catch animals in your backyard, except that this is virtual. Now the world is your backyard, and with a simple flick of your thumb you can catch ’em all.

Here’s the Undefeated guide to everything you need to know about Pokémon GO.

What is Pokémon GO?

The main difference between Pokémon GO and a lot of other Pokémon games is the level of interaction. Instead of the old-school Game Boy games where you have to use the directional pad to control your Pokémon trainer, you are the Pokémon trainer. Crazy, right? Your location in the game corresponds with your phone’s location and the Pokéworld corresponds to everything that is around you.

We decided to go on a little Pokémon GO adventure ourselves, and see who was playing around the District, if we could make any new friends and most importantly, catch some Pokémon.

How is it different from old-school Pokémon?

The old heads might remember the good old days of when we used to sit in our room with our Game Boys. We’d neglect sleep, eating (well) and communication with other people to catch as many Pokémon as possible and collect badges.

Do y’all remember having the light attachment for your GameBoy and having to quickly turn that off when you heard footsteps approaching your bedroom door? Or having the volume all the way down late at night and quickly saving the game, then throwing it under your pillow before your parents let themselves in your room? Good times, indeed.

Why is it good to play the game?

1. People are getting exercise and fresh air. Look at all these happy people walking around Central Park with their head looking down at their smartphones.

Pokemon GO is just insane right now. This is in Central Park. It's basically been HQ for Pokemon GO. pic.twitter.com/3v2VfEHzNA

2. It’s bringing people together. If you kept up with the news at all, you know last week was tough. But Pokemon Go has given people an escape and an opportunity to bridge gaps regardless of race. For example, two black men in their 20s and a white guy in his 40s causally catching Onyxes in a park at 3 o’clock in the morning. A police officer thought it was a possible drug deal, until the guys explained the game to him and the officer ended up downloading the game himself. Now, they’re all on Red Team. What a time to be alive.

I've been quietly hating on Pokemon Go like many other olds but… I see the potential now. #pokemonforpeace #police pic.twitter.com/wqkgWVQpoR

When you're at a Pokéstop and make friends with strangers. #PokemonGo pic.twitter.com/BxPCiHtLOh

What are the dos and don’ts?

Again, if you’ve been paying attention to the news, you may be aware that being black and seemingly suspicious can be extremely dangerous. Here are some of the rules to follow if you’re thinking about playing:

There is a rumor that the better Pokémon come out at night. Even if this is true, just keep in mind that wandering around at night is potentially dangerous for numerous reasons. Stay safe out there. These Pokéstops have the ability to be the target of thieves … like real thieves. Crime still happens.

If you are walking around a police station or fire department or church aimlessly, you are going to attract suspicion no matter what you look like. Don’t hang around one area for more than 30 minutes. All jokes aside, assess the area you’re in and ask if staying there for a long period of time is worth it.

Just because it’s not texting doesn’t mean that you should drive and have someone catch Pokémon. It’s not that serious. Distracted driving is NEVER worth it. Not even for Pokémon.

And because you care, here are the best social posts about Pokémon GO. You’re welcome.

This week in a single photograph pic.twitter.com/rSVjboWwf4

🚨 Hassan Whiteside plays Pokemon Go TOO (unless he's mocking all of us) 🚨 pic.twitter.com/74423z3wqT 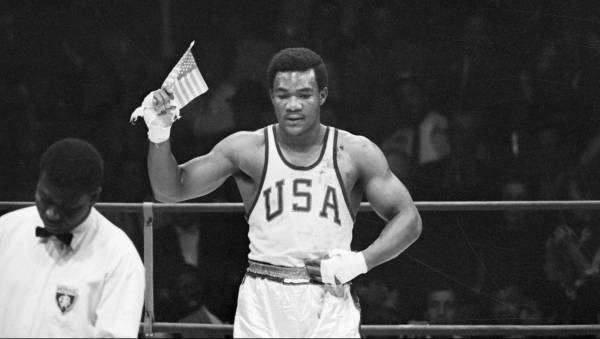 George Foreman: ‘If I had to do it all over again, I would have had two flags’ Read now