Billie Holiday’s 1939 recording of the lyrics penned by activist Abel Meeropol is widely regarded as the standard for “Strange Fruit,” the famed dirge protesting an epidemic of lynch mob terror in the early 20th century. But it’s Nina Simone’s version, released in 1965, that has benefited from a resurgence, be it as a sample on Kanye West’s 2013 “Blood on the Leaves” or as the sonic backdrop for scenes depicting the mutilated and lynched bodies of slaves following Nat Turner’s revolt in last year’s The Birth of a Nation.

Most recently, Simone’s recording of “Strange Fruit” appeared in the “Lemons” episode of black-ish. “Lemons” was the episode that took a look at the Johnson family in the aftermath of the 2016 presidential election. The story followed Andre Johnson (Anthony Anderson) to his job at an ad agency, where he works alongside people who voted for Donald Trump. In the midst of a heated discussion, Johnson began one of his trademark soliloquies, this time about his complicated, devoted love for a country that very often doesn’t love him back.

As he spoke, “Strange Fruit” provided the soundtrack for his words.

“I chose the Kanye version and the Nina Simone version because I feel like that song was iconic for the times in which it was recorded,” said black-ish creator Kenya Barris. “The strange fruits she was originally talking about were our bodies. That’s sort of the thing, as this country grows, there’s always a penance and a price that brown people — the disenfranchised of this country — always end up being the fruit that has to pay from the tree of what this country is. I feel like that’s what a lot of people felt like when they felt like they were not part of this election or their voice wasn’t counted and I felt like it made a lot of sense for me for that moment.”

So what’s so sticky about this one song? Miles Feinberg, the executive vice president at Music Sales Corp., which owns the rights to Simone’s recording, told Billboard the company has experienced an uptick in requests to license it. Most of them, he said, are turned down. “The song captures an anger and feeling of injustice that’s appearing in American culture right now,” Feinberg told the magazine.

In the same article, The Birth of a Nation’s music supervisor Maura Duval Griffin revealed that she too, had been attracted to the song after hearing West sample it on “Blood on the Leaves.” While it’s great that West and hip-hop in general have come to hold Simone in such high esteem, it’s come with a price, one to which I wish more music supervisors would pay attention to.

Simone recorded an entire catalog of protest music, and she was punished for it, and she was well aware of it, too. In an exchange that appears in Liz Garbus’ 2015 documentary, What Happened, Miss Simone?, the singer tells a reporter, well, what happened.

“I wouldn’t change being part of the civil rights movement,” Simone said in the 1980s. “I wouldn’t change that. But some of the songs I have sung have hurt my career. All of the controversial songs, the industry decided to punish me for and they put a boycott on all my records and it’s hard for me to incorporate those songs anymore because they are not relevant to the times. There aren’t any civil rights. There is no reason to sing those songs. Nothing is happening. There is no civil rights movement. Everybody’s gone.”

“[Artists and filmmakers] are trying to access the kind of radical politics that Nina Simone has both come to embody as well as she was part of,” said Salamishah Tillet, a Simone expert and associate professor of English and Africana studies at the University of Pennsylvania and author of the 2014 academic article “Strange Sampling: Nina Simone and Her Hip-Hop Children.” “So if you can cite Nina Simone, you can sample Nina Simone, just her voice, then it’s already saying that this is doing a kind of certain political work, and then she’s also more in fashion right now.

“But I think for the hip-hop writers, the nature of her voice being a kind of gender-bending kind of more fluid voice, kind of also matched the masculine tones of the hip-hop songs. Billie Holiday would have been more of a contrast, because of her timbre.”

The era of capturing police violence on cellphone video ushered in a new civil rights movement, one that has only expanded since the election of President Donald Trump has been met with wide-scale protests across the country and the world. It seems only fitting that in revisiting Simone, particularly as a metonym for radical black politics, we take full stock of the sacrifices she made, and that means paying closer attention to more than just “Strange Fruit,” or whatever work of hers rappers happen to be sampling, as Lil Wayne did on Tha Carter III with “Don’t Let Me Be Misunderstood.”

Tillet suggested those who hold Simone’s “Strange Fruit” in high regard take another listen to “Nina Simone in Concert,” the 1964 album recorded over three performances live at Carnegie Hall. There’s also “Nina Simone Sings the Blues,” for which Tillet wrote the liner notes for a 2006 reissue.

“Some of the songs I have sung have hurt my career … the controversial songs, the industry decided to punish me for and they put a boycott on all my records.”

“In Concert” includes “Mississippi Goddam,” which Simone wrote in response to the death of Medgar Evers, but also lesser-known protest tracks such as “Old Jim Crow,” “Pirate Jenny,” and “Go Limp.” Though “Pirate Jenny” was originally written for The Threepenny Opera, Simone repurposed it, as the lyrics could easily be reinterpreted for the civil rights movement as a rather dark revenge fantasy.

You people can watch while I’m scrubbing these floors

And I’m scrubbin’ the floors while you’re gawking

Maybe once ya tip me and it makes ya feel swell

In this crummy Southern town

In this crummy old hotel

But you’ll never guess to who you’re talkin’.

No. You couldn’t ever guess to who you’re talkin’.

Then one night there’s a scream in the night

And you’ll wonder who could that have been

And you see me kinda grinnin’ while I’m scrubbin’

If you want to imagine a truly subversive combination, try thinking about what it would have been like to hear “Pirate Jenny” playing as Nate Parker as Nat Turner set about his murderous rampage in The Birth of a Nation, with Simone whispering menacingly, There’s nobody gonna sleep here, honey. Nobody. NOBODY.”

For truly dark days, there’s “Why? (The King of Love is Dead),” Simone’s response to the assassination of Martin Luther King Jr., but also her calypso-inflected rendition of “Balm in Gilead.” 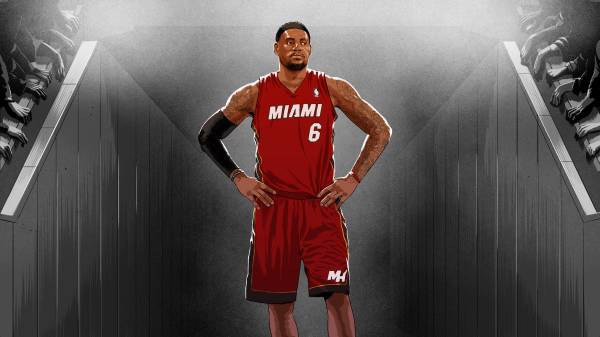 David Fizdale: A voice for the voiceless Read now

Simone didn’t just sing about racial injustice and liberation, however. Her politics and her art were very much entwined with her gender, as evidenced in “Four Women,” a track from her 1966 album Wild is the Wind. It’s a look at the way four different black women are treated, and how that treatment is influenced by their looks and background. “Black is the Color of My True Love’s Hair,” however haunting, provides some groundwork for modern lyrics like “I like my baby hair with baby hair and afros,” as does “To Be Young, Gifted and Black.”

“There are a lot of women who are radical, but we don’t tend to allow them to occupy such a singular space in our imagination.”

More than anything, I’d hate to see Simone’s sacrifices get boiled down to one song, no matter how iconic it may be. She gave and gave and gave of herself, even when it became financially deleterious for her to do so. The least we can do is to not let that work languish in obscurity, when so much of it is still interesting, relevant, and richly edifying.

“Malcolm X is like a standard for radical blackness,” Tillet said. “And Nina Simone is actually one of the few women — I can’t think of that many women, that we allow or we associate with the radical black tradition, because it tends to be like patrilineal or patriarchal — so if you say Garvey, if you say Malcolm, you know it quickly stands in for stuff. There are a lot of women who are radical, but we don’t tend to allow them to occupy such a singular space in our imagination.”