These black women gamers are changing the music game too

BlackKrystel, BunnyMightGameU and Sunzi are on the new Sony label, Lost Rings

In June, Sony Music launched a new imprint, Lost Rings, dedicated to creating music for the gaming community with singer BlackKrystel and rappers BunnyMightGameU and Sunzi, all black women. They make music truly rooted in the culture, helping produce a hidden genre of music to bring to the masses.

BunnyMightGameU fell in love with games as a child, when she would frequent “the arcades with all my boy cousins and get in trouble for it all the time because girls weren’t supposed to be there.” As a kid, she adored Tomb Raider when “for the first time I was in an adventure. And for me, I was able to immerse myself and be a completely different person and disconnect from my parents and the bickering and New York and how [violent] it was back in the day. I think at around 11, 12, is when I fell in love.”

BlackKrystel found her first love in Soul Blade, the debut game in a franchise now called SoulCalibur, a weapons-based fighter. “I loved being able to see female characters and being there and being powerful and kicking all of these guys’ butts,” she says.

Sunzi, a child to young parents who gamed, says, “I’ve been playing video games since I was a kid, like when I was in diapers. The earliest game I can remember were Ape Escape [and] Frogger,” and she enjoyed “all of the old-school PlayStation games.”

“I feel like a cool way to kind of be transported to another world,” BlackKrystel says. “I really love being lost in the art of the world these people work so hard on.” BunnyMightGameU echoes her labelmate, saying she used video games “as escapism.” She adds that online gaming allows her to “interact with people she doesn’t know … and we solve problems together. We challenge each other.”

Black women, though, often find gaming culture inhospitable and say the games themselves rarely represent them.

When asked about the lack of playable black female characters in games, BlackKrystel says, “It’s frustrating for sure, which is why I do what I do: let those [game developers] know that there are women of color playing their games, out here repping their games.”

BunnyMightGameU once had an epiphany playing games when she asked herself, “When am I going to see someone who looks like Bunny?”

“Growing up,” BlackKrystel says, “trying to get in this space, it was really hard. A lot of the times you get really defeated because you’re dedicating your lives to these games, a lot of hours to these games, and you don’t even get to see yourself in them. But now I feel like we’re coming to a point in time where it’s not going to be the same anymore. I don’t think any of us in the POC [people of color] community are going to let that happen anymore.”

But even if the game developers improve, the people who play them may not. Sunzi had to quit playing Red Dead Redemption 2 online when racial harassment kept bombarding her because she played with a black woman character. “People are calling [me] racist slurs and I had to stop. I love Red Dead Redemption, but I had to stop playing the game,” she says.

Each of the three gamers has released a new song and accompanying video. BlackKrystel’s is “Party Up,” Bunny’s is “Game U,” and Sunzi is in “Joystick.” The songs all focus on gaming, and they reflect each artists’ other passions as well. For instance, “Party Up” celebrates BlackKrystel’s love of anime.

“A lot of artists, they put out their references and it’s really cool because we’re getting to be seen in mainstream media,” BlackKrystel says. “But I feel, as someone who comes from this space, it always kind of misses the mark. It doesn’t hit home for me. And I want to be able to make music where it’s like she’s with it.”

“For people like me,” Sunzi says, “who understand things in hip-hop culture and understands things in geek culture, we’re able to actually bridge those gaps and make good music that’s relatable.” 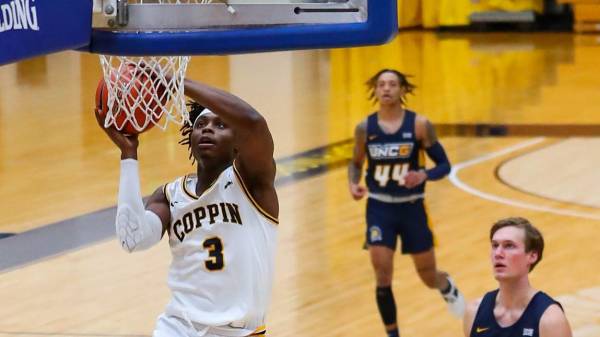 Showing love to something that doesn’t love you the same way is the quintessential black woman experience. “Being a black woman, we aren’t accepted in many spaces,” Sunzi says. “So the baseline of being a black woman is being a rebel, and I’ve lived in the rebel space for so long.

“I know I’m going to have to forge some paths, and I know it’s going to make me uncomfortable, and I’m very realistic in understanding that because unfortunately you have to work twice as hard for people to actually recognize [you]. … It’s important because I have little sisters. I have little brothers that look up to me. And to be honest … we need to forge this path. It’s important. I feel like it’s bigger than me.”