No HBCU athletes were drafted in 2021; these eight could change that

Nearly a year after no historically black college and university (HBCU) football players were drafted, their coaches and players sought out to prove the 2021 NFL drafts were an anomaly.

Jackson State coach Deion Sanders, who was initially vocal about HBCU players not being drafted, took the time to list statistics about players from the SWAC drafted ahead of Jackson State’s matchup in the Cricket Celebration Bowl. 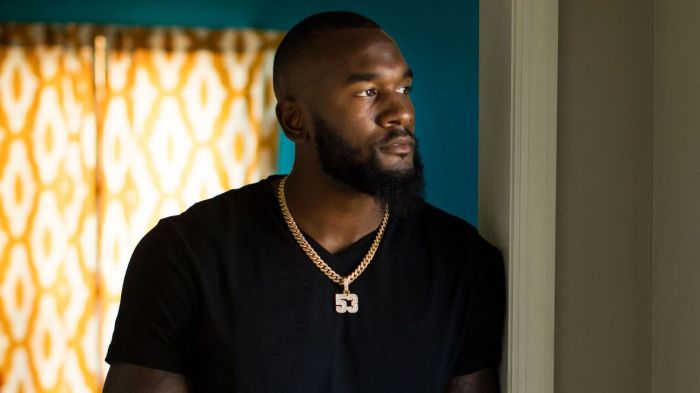 “Over the last 20 years, over 26 players from the SWAC have been drafted into the NFL. Of those, 26 only four have been first- or second-round,” Sanders told the media during the bowl game’s news conference. “But what you gotta understand is, that’s why eyeballs are gone. They’re not here, because of the talent level and the lack thereof of scouting, recruiting and understanding. Now check this out. Between 1960-99, however, 196 players were drafted with 55 of them going into first or second rounds. That’s what we’re trying to do.”

In the last five years, only 12 HBCU players were drafted into the NFL with the highest drafted player being S.C. State’s Darius Leonard in 2018. Leonard, drafted in the second round with the pick No. 36, went on to lead the NFL in total tackles his rookie season, earning a Pro Bowl nod and winning the NFL Defensive Rookie of the Year.

“What happened? Is there a problem with us? Or with the scouts and with the league? I was just told by a person with a good ranking in the NFL that we only get six draftable players this year,” Sanders said. “That’s absurd. That’s idiotic. I played 14 years in the NFL and I worked on another 14 to 15 years with the NFL network close to the owners, executives and the television aspect of it. I know talent when I see talent. Every weekend I’m coaching on the sideline, I not only watch the dogs that I have, I’m watching kids on the opposing team that can flat-out play.

“You want to tell me with my eyes, my sight, my vision, with my accolades, that there’s only six players in the SWAC that are draftable. You gotta be crazy. If it happens, we need to show up and show out.”

HBCU players will get a chance to showcase their skills and talent in the first HBCU Legacy Bowl on Feb. 19 in New Orleans. Sponsored by the Black College Football Hall of Fame, nearly 100 players have been invited to attend, including most of the players highlighted below. Players will also get a chance to perform in front of scouts and team officials at an HBCU Combine on Jan. 21-22.

After a full season of HBCU football and the caliber of talent shown all season long, here are some HBCU players that you could see taken in April’s NFL draft:

In his final year of eligibility, 6-foot-4 Aqeel Glass followed up his impressive spring season at quarterback with a strong fall campaign, earning SWAC Offensive Player of the Year twice. Glass, known for his prototypical height and arm strength, threw for 3,568 passing yards, 36 touchdowns against seven interceptions, and finished with a career-high 63% completion percentage.

At 6-3 and 205 pounds, Markquese Bell gave the Florida A&M Rattlers versatility on the defensive side of the ball with his ability to cover players downfield and make stops against the run. Bell earned STATS First Team All-America selection, SWAC First Team All Defense and finished No. 3 in the SWAC with 95 total tackles on the season.

Isaiah Land, a 6-4 linebacker known for his speed, was named the SWAC Defensive Player of the Year. He led the conference in sacks (19), tackles for loss (25.5), and loss yards (147). Land’s play earned him first team All SWAC and STAT FCS First Team All American honors. He is also a finalist for the Buck Buchanan Award, given to the FCS’ top defensive player.

James Houston, the former Florida Gators defensive lineman, anchored the Jackson State defense, finishing with a team-high 16.5 sacks and 24.5 tackles for loss. He also led the SWAC in forced fumbles with seven. Houston was voted as the SWAC Newcomer of the year, SWAC First Team and earned STATS Perform FCS First Team All-America honors. Houston was invited to the NFLPA Bowl.

Aubrey Miller Jr., one of Jackson State’s First Team All SWAC selections at linebacker, finished the season leading the conference with total tackles with 109. Miller also added 11.5 tackles for loss including 6.5 sacks.

Abdul-Fatai Ibrahim, named to the First Team All SWAC offense at wide receiver, led the SWAC in receiving yards with 1,008 on the season. The 6-1 junior was Glass’ top target for the season, averaging 100.8 yards a game, finishing No. 3 in the SWAC for receptions and eight touchdowns.