The company partnered with the NFL to showcase inspiring women

The success of women in the sports world, particularly those who have been pioneers in their areas, is something that Secret, the antiperspirant brand, deemed worthy of a celebration. This football season, the company partnered with the NFL to showcase women who are rocking out in the field and inspiring others along the way.

“At Secret, we understand the pressures women face both in their personal and professional lives on a daily basis,” said Janine Miletic, Secret’s brand director. “When you add the stress of working in a male-dominated industry to navigating societal and cultural expectations, it can be a very real barrier to achieving your dreams. The women in the NFL are exceptional examples of people who have dedicated their lives and careers to redefining expectations. Our hope is that with more visibility, they can inspire even more women to take their careers and the inevitable stress head-on.”

The series kicked off during the opening week of the NFL regular season with a video tribute during the Sept. 11 Monday Night Football game between the Los Angeles Chargers and Denver Broncos. The four-part video series features Jacqueline Davidson, director of football administration for the New York Jets; Kimberly Fields, the NFL’s special assistant to the commissioner; Michele Tafoya, the Sunday Night Football sideline reporter for NBC Sports; and Samantha Ponder, host of ESPN’s Sunday NFL Countdown.

The women involved in the campaign have always had a love for sports, and their determination to be the best at what they chose to do kept them grounded.

“I was inspired to work with Secret because I think it is important for young women to see themselves represented in every industry, and this partnership is highlighting women across the NFL and providing the next generation with examples of what is possible,” Davidson said.

Davidson always knew she’d be involved in sports, beginning as a young girl growing up in Tuscaloosa, Alabama. She spent her days watching Alabama football games, and by the time she was 15, the popular 1996 sports film Jerry Maguire helped Davidson confirm that she indeed wanted a job in the sports industry.

Davidson enrolled at Davidson College in North Carolina as an economics major and spent a semester at Howard University in Washington, D.C. While there, she landed a summer internship at ESPN, which would be her first time experiencing what it was like to work in sports. After graduating, Davidson headed to Cornell Law School in New York and interned with the NFL Management Council. Although she worked as a law clerk for years, her heart remained set on finding a job within the NFL.

“In 2007, the opportunity came along, and I took a football administration position with the New York Jets,” Davidson said.

Davidson immediately noticed and appreciated that her colleagues valued her opinion as a woman, but she also recognized some of the struggles women face in the field.

“I attribute that to [NFL chief administrator of football operations] Dawn Aponte having preceded me,” Davidson said. “Having a strong, competent woman most likely made my experience unique in that the idea of a woman in this type of role was not a novelty to the Jets organization. Outside of Dawn, however, there were not many women in this field, so when you are young and finding your way in this profession, your options for a mentor or a sounding board are really limited.”

Ponder knows all too well about the downsides of being a woman in sports. Her father, a football and basketball coach, and mother, whom she describes as a “jill of all trades,” kept Ponder and her three siblings busy. Each of them played three sports a year in their hometown of Phoenix.

“All of our free time was spent either playing, watching each other play or watching Dad coach,” Ponder said.

After graduating from high school, Ponder moved to New York City with dreams of becoming a sports broadcaster. She interned at ABC Sports for three years before reporting for a cable channel while in college at Liberty University. Since then, Ponder has worked for Fox Sports, the Longhorn Network and ESPN’s College GameDay.

Now serving as the host of Sunday NFL Countdown, Ponder said she is continually learning.

“The real pressure I feel is to help make a show that our crew is proud of,” Ponder said. “There are so many people in front of the camera and behind who are so invested in the success of this show. I don’t want to let them down. I know there’s outside pressure to be perfect, but I’ve come to embrace my imperfections on television. … Generally speaking, people want authentic more than perfect.” 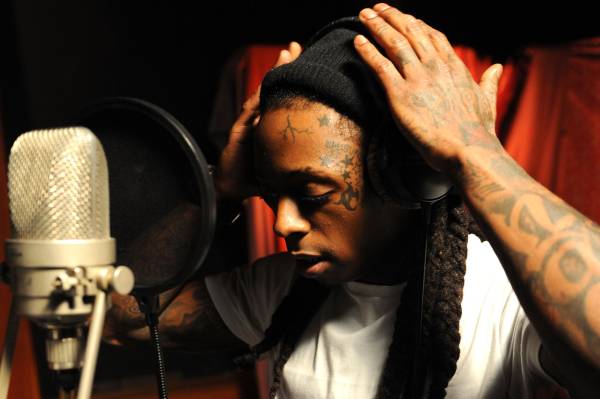 Although every woman featured in the campaign has traveled a different path to success, they’ve learned several things along the way, including advice that other women aspiring to join the sports industry can use.

As for Davidson, she keeps it simple.

“Don’t let someone talk you out of your dream.”