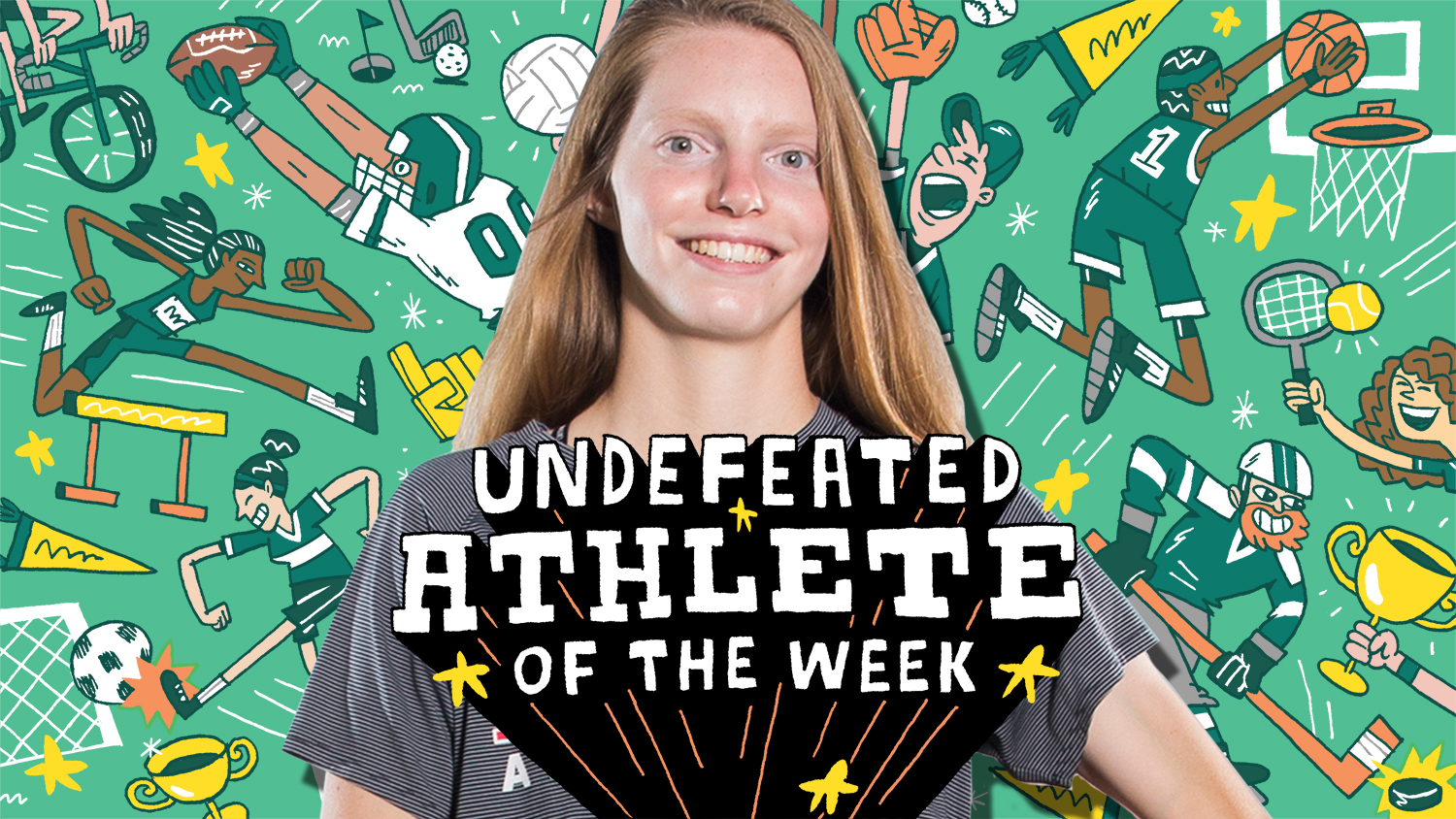 “You play basketball, lacrosse and field hockey. Do you have different personalities for each sport?”

A star forward on the women’s basketball team, Naughton was also a stalwart lacrosse and field hockey player who started in more than 12 seasons during her time as a high school student. She chuckled at the question before answering. “I wouldn’t really say I’m different for each sport,” said Naughton, 18, who graduated on Tuesday.

“I think I’m the same for all my sports. I’m not really the big playmaker on all my teams. I like to make things happen for other people. That’s one of my things: I like to play selflessly.”

That isn’t to say Naughton lacks drive. Standing at 6 feet tall, she delights in taking charges in basketball, jabbing the ball away in field hockey with her long arms and knocking down passes in lacrosse.

A student-athlete to the core, Naughton maintained a 4.0 GPA in her senior year while taking six Advanced Placement classes (AP economics, AP calculus and AP Spanish among them). She received the Maryland Public Secondary Schools Athletic Association Minds in Motion Academic Award for all 12 of her seasons.

Naughton is also a natural facilitator and leader off the field, a trait she demonstrates as a student leader with the One Love Foundation. Formed in 2010 after the tragic death of Yeardley Love, a University of Virginia women’s lacrosse player who was murdered by her ex-boyfriend George Wesley Huguely V, a UVa men’s lacrosse player, the foundation raises awareness, through education and technology, about domestic violence, especially relationship violence.

“I didn’t know [Yeardley] personally, but [her death] definitely impacted the community a lot,” said Naughton, who mentors students, both male and female, about healthy relationships. “As a facilitator in our escalation workshops, I get to interact and have the discussions with classes,” she explained. “One of the things that’s really important is that confidentiality. If people want to talk about maybe personal experiences they’ve had, they can in these sessions.”

Naughton understands that she has a responsibility to do more — and she’s good with that. Like Houston Texans defensive end J.J. Watt stepping up to pay for the funerals of the 10 people killed in the shooting at Santa Fe High School, and LeBron James, who is usually off social media during the postseason, turning over his Instagram account to people who are doing something to change their communities and the world, Naughton has bought into that sense of responsibility. And, for her willingness to answer that call, Naughton is this week’s Undefeated Athlete of the Week.

“Sports definitely helped me with time management. I feel like without [sports], I wouldn’t be as disciplined,” said Naughton, who will study neuroscience at Bucknell this fall. “Being able to separate my time and also just build relationships that would help me in school as well, that’s been the best part about being a student-athlete.”

Said Bogues, who is currently an ambassador for the NBA and is regularly on the speaking circuit: “My message to students is always stay true to yourself and recognize that we all have a gift. These students are phenomenal. Lydia’s accolades in the classroom and on the athletic field are amazing. She just needs to stay focused on the things she set forth for herself and she will continue to be successful.”

As of now, Naughton says she plans to only play club sports at Bucknell: “I’ll definitely do club field hockey. … I’ve already been in contact with one of the people who’s in charge of that. I might also do club basketball.”

Asked to forecast the future four years down the road, Naughton said she hopes to have found her passion. “Maybe it’ll be neuroscience,” said Naughton, whose cumulative win-loss record for all three sports was 44-15 this year. “By then, I hope I’ll definitely have found something that I love to do — not just on the field, but something I can do for the rest of my life, and continuing to help the community too.”