‘To Kill a Mockingbird’ was snubbed in Tony nominations for best play. What a relief.

Wonder of wonders, miracle of miracles: Aaron Sorkin’s adaptation of To Kill a Mockingbird was snubbed Tuesday morning in the Tony nominations for best play, thereby avoiding a disaster of Green Bookian proportions at this summer’s awards ceremony.

That sigh you hear is this writer exhaling in a mixture of both relief and schadenfreude. Since its debut in December, To Kill a Mockingbird has been showered with rapturous plaudits, suggesting it was a shoo-in for a best play nomination. Instead, the nominations went to Choir Boy, The Ferryman, Gary: A Sequel to Titus Andronicus, Ink and What the Constitution Means to Me.

Mockingbird received nominations for lighting design, sound design, scene design, costume design, score and for performances by Jeff Daniels, Gideon Glick and Celia Keenan-Bolger. Bartlett Sher was also nominated for direction. But it struck out on the big prize, and deservedly so.

This new version of Mockingbird perpetuates one of the most pernicious, seductive lies in the history of this country: That racism, and all that results from it, can be blamed on a few cartoonishly evil characters. I have a name for these characters and the lie they have come to represent. I call them TROTs: Those Racists Over There. TROTs are scapegoats for racism, and they are everywhere, but they seem to proliferate in films that get nominated for awards. There’s Daisy Werthan in Driving Miss Daisy, Hilly Holbrook in The Help, Dixon in Three Billboards Outside Ebbing, Missouri, and every Southern white person who is mean to Don Shirley in Green Book.

Thanks to Sorkin, the TROT takes up residence eight times a week in the Shubert Theatre. His name is Bob Ewell (Frederick Weller), the mouth-breathing bigot who rapes his daughter and falsely accuses a handicapped black man named Tom Robinson (Gbenga Akinnagbe) of attacking her.

The TROT exists in a symbiotic relationship with another trope: the white savior, who relies on the TROT so that he or she may be defined as noble, principled and morally unblemished. (Or at least, not so blemished that whatever ails them can’t be remedied by the end of the story with the aid of a psychological helpmeet. In Mockingbird, whatever perspective Atticus Finch (Jeff Daniels) may be lacking, his domestic, Calpurnia (LaTanya Richardson Jackson), dryly provides.)

But the lie that white people can be divided into distinct groups of TROTs and saviors is one that Mockingbird’s original author doesn’t believe, as evidenced by the information Harper Lee introduces about her legendarily heroic country lawyer in Go Set a Watchman.

Set 20 years after the fateful summer in which 6-year-old Scout Finch witnesses her father defend Robinson, the 2015 sequel to Lee’s Pulitzer Prize-winning 1960 novel provides a complicated and less flattering picture of Atticus than the one Sorkin valorizes through Daniels. While Lee’s Mockingbird supplies a picture of a man as seen through the admiring eyes of his young daughter, her sequel removes Scout’s rose-colored glasses and subjects Atticus to the scrutiny of a grown woman realizing that her father is not a superhero after all.

Most children discover their parents are not as perfect as they once thought. But in adapting Mockingbird for the stage, Sorkin ignored Watchman. He’s still holding fast to the notion that education and liberalism somehow flush out racism in white people like a detox tea. Sorkin’s Atticus refers to the Ewells and people like them as “ignorant citizens stuck in the old ways.” They’re easy to identify, condemn and distance oneself from.

This Mockingbird reassures the Good White People that make up its audience that they are, in fact, good. Should they need to outwardly telegraph their goodness, the production offers hoodies for sale in the basement of the Shubert that simply say “TRAYVON.” More than anything, the play encourages them to see themselves in Atticus, even after the woman who created Atticus told us his goodness was a lie.

Atticus Finch was never as perfect as Sorkin made him. Lee told us so in Go Set a Watchman. He used to be a member of the Ku Klux Klan, the same organization that Sorkin’s Finch looks down on Bob Ewell for daring to fraternize with. In Mockingbird, Lee wrote that Finch was a descendant of slave owners. In Watchman, the same man who vigorously defended Tom Robinson is also a bigot who despises the NAACP and refers to its lawyers as “buzzards.”

“The Negroes down here are still in their childhood as a people,” he says. He asks the adult Scout, who goes by Jean Louise, “Do you want Negroes by the carload in our schools and churches and theaters? Do you want them in our world?”

Sorkin, then, creates Finch from a position of willful ignorance, which proves useful for avoiding feather-ruffling and culpability. Atticus was always racist, and Watchman provides an opportunity to see how individual racism provides the building blocks for structural inequality. But Sorkin’s Mockingbird reduces structural racism to little more than a figment of the imagination. Somehow, despite the fact that Sheriff Heck Tate, Judge Taylor and Tom Robinson’s own attorney, Atticus, all seem to agree that Ewell is clearly lying, their hands are tied and Robinson is doomed. They are utterly blameless for it.

“There’s a piece of fiction that’s being staged uptown, and it posits that in a small Southern town in the ’50s or early ’60s, that in a small Southern town in that time, that the top lawyer in town [the white lawyer], the top judge in town and the white sheriff in town are all unbelievably enlightened and progressive on the subject of race relations,” Eustis said. “That only the poor white trash hate the black people.

“You sit there watching this critically acclaimed piece and you just go, ‘What world is this describing where the problem of racism is solely the problem of poor white people and the town’s white power structure had nothing to do with it?’ I mean, forget now. We’re talking about the South in the ’60s!”

Sorkin has been repeatedly praised for updating To Kill a Mockingbird for a modern audience, though I would question just how modern. It is the sort of play that either seems to be for white people who love Martin Luther King Jr. but who’ve never read Letter from Birmingham Jail or who cannot imagine that it is they who are being excoriated in it.

“[Mockingbird] is describing the desire of people of means to point to impoverished white people as the problem,” Parks said. “This is exactly what’s happening now.”

In the 2016 documentary I Am Not Your Negro, director Raoul Peck includes a quotation from James Baldwin about the Birmingham of the 1960s clinging to Jim Crow.

“White people are astounded by Birmingham, black people aren’t,” Baldwin wrote. “They are endlessly demanding to be reassured that Birmingham is really on Mars. They don’t want to believe, still, less act on the belief, that what is happening in Birmingham is happening all over the country.”

This is the purpose of the TROT: to reinforce the delusion that the Bob Ewells of the world are Martians so that everyone else can tell themselves they are Atticus Finch (or, at least, who we thought Atticus was before the release of Watchman). The soothing blindness of works such as Sorkin’s Mockingbird, and the absolving embrace they offer to Good White People, is popular. It’s lucrative too. At the end of April, the show broke its own weekly Broadway box-office record for the fourth time. Its total grosses have topped $36 million since previews began in November.

But there is a cost to TROT art and the comforting lie it perpetuates, one that is borne by millions of real Tom Robinsons that America continues to persecute, in ways large and small, personal and structural. Good for the Tony voters for recognizing as much.

Ain’t Too Proud: The Life and Times of The Temptations

The Ferryman by Jez Butterworth

Gary: A Sequel to Titus Andronicus by Taylor Mac

What the Constitution Means to Me by Heidi Schreck

Best Revival of a Musical

Best Revival of a Play

Arthur Miller’s All My Sons

The Boys in the Band by Mart Crowley

The Waverly Gallery by Kenneth Lonergan

Jeff Daniels, To Kill a Mockingbird

Annette Bening, All My Sons

Elaine May, The Waverly Gallery

Heidi Schreck, What the Constitution Means to Me

Best Book of a Musical

Best Original Score (Music and/or Lyrics) Written for the Theatre

To Kill a Mockingbird, Adam Guettel

Best Direction of a Musical

Best Direction of a Play

Bartlett Sher, To Kill a Mockingbird

Robin De Jesús, The Boys in the Band

Gideon Glick, To Kill a Mockingbird

Benjamin Walker, All My Sons

Celia Keenan-Bolger, To Kill a Mockingbird

Best Scenic Design of a Musical

Best Scenic Design of a Play

Miriam Buether, To Kill a Mockingbird

Best Costume Design of a Musical

Best Costume Design of a Play

Ann Roth, To Kill a Mockingbird

Best Sound Design of a Musical

Best Sound Design of a Play

Scott Lehrer, To Kill a Mockingbird

Best Lighting Design of a Musical

Best Lighting Design of a Play 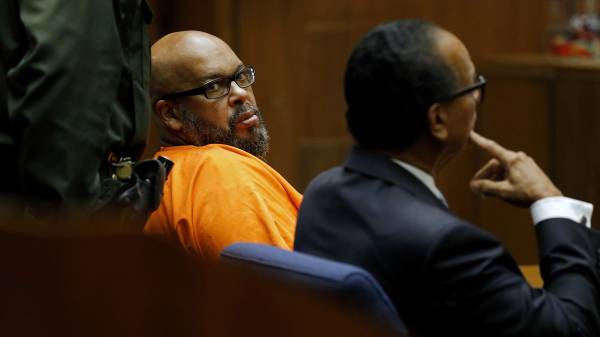 Jennifer Tipton, To Kill a Mockingbird