TORONTO — “Where is the trophy?” Kyle Lowry asked from the home locker room while proudly wearing his new NBA Finals hat with a Toronto Raptors logo on it.

“It’s in the training room,” a Raptors employee said.

Lowry’s desire to spend quality time with the 2019 Eastern Conference finals championship trophy was understandable considering it was his first in seven seasons in Toronto, where Lowry has experienced his share of heartbreak.

The longest-tenured player on the Raptors, Lowry had to adjust to major personnel changes after the team traded his close friend DeMar DeRozan for Kawhi Leonard and replaced head coach Dwane Casey with Nick Nurse last offseason. But the early-season pains are now a thing of the past, with the Raptors advancing to their first NBA Finals in franchise history. 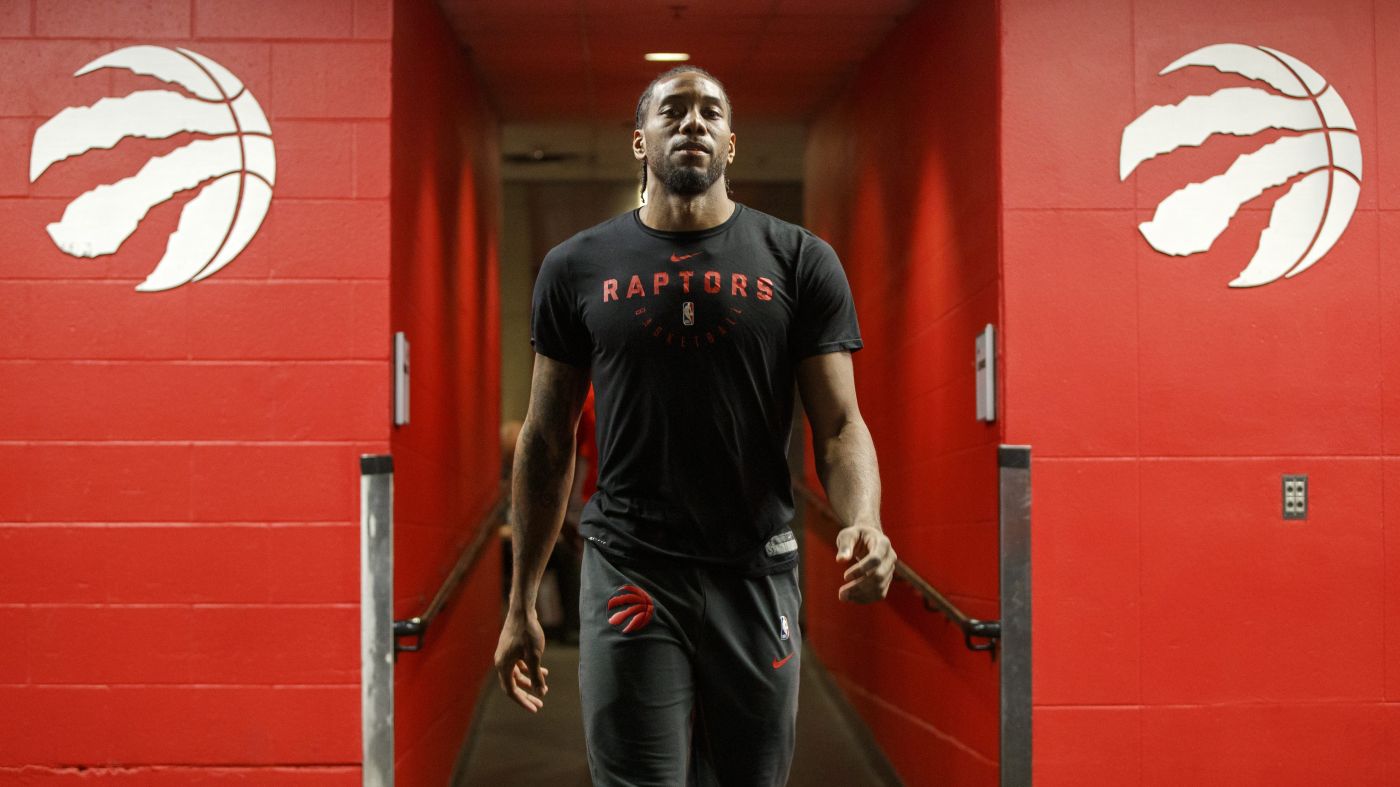 Not KD, not LeBron: Kawhi Leonard is the best player on the planet Read now

“When we won and I grabbed my kids, that was my moment of reflection,” Lowry told The Undefeated after the Raptors’ 100-94 deciding win over the Milwaukee Bucks on May 25. “And it was a good moment. I didn’t cry.”

Lowry’s road to the Finals was far from an easy one.

The former Villanova star was the 24th overall pick by the Memphis Grizzlies in the 2006 NBA draft. After spending time as a backup in Memphis, and then with the Houston Rockets, Lowry became a five-time All-Star with the Raptors. Now he’ll finally get to play on the NBA’s biggest stage for the first time in his 13-year career.

But while the Raptors and the city of Toronto are celebrating their Finals trip, Lowry said, they want more.

“We want to win more. That’s the real goal. This is a steppingstone,” Lowry said.

Lowry sat down with The Undefeated for the following Q&A after the Raptors won the Eastern Conference championship.

What did it mean to you personally to make the Finals?

I’ve been telling my family I got to get to the Finals. I got to win there. I don’t want people to think this is the end.

I’m sure you wish you could’ve made the Finals with DeMar DeRozan. Have you spoken to DeRozan along the way?

I’ve been speaking to him the whole way. One thing about him is that he legit cares about me as his best friend. He has texted everyone he has a relationship with and let them know how happy he is for us.

Do you remember your emotions at the start of the season after the changes were made to the team?

When did that mentality change?

It was always still going to be a business. But I was like, ‘Look, if you’re going to be here, just buy in and do what you need to do to help the team win.’ And that means a lot. I was bought-in from the [beginning]. But I kind of really shelled off. I was going to come in here and prove a point. People didn’t think I could be the same player that I was.

You weren’t a high draft pick, and you were a reserve in Memphis and Houston before becoming a starting point guard in Toronto on your way to the Finals. What do you think folks can learn from your journey?

Never listen to people. Never let someone tell you what you are. You’re bigger and better than what you think you are. You going to get to that point, always.

Did you ever have a moment where you wondered if you would make it in the NBA?

You always get to that path where it crosses your mind. You’re like, ‘Damn, why? Why this?’ But keep working, keep working. You’re never satisfied. You never settle for what you want. Just go out and do. When I have had the opportunity to show, I’ve always shown.

After everything that happened in the offseason, did you consider asking for a trade?

I didn’t ask for a trade. I wanted to be here. I felt like the situation that I could be successful in. I felt like Masai [Ujiri] has given me the opportunity to grow as an individual and as a basketball player. I’m not about forcing anything. After everything that happened, I am just going to do my job. If they want to trade me, trade me. If they want me here, I will be here. And that’s my job. I get paid handsomely to play basketball. I am going to go out there and do what I want to do to win games.

What do you think about the challenge of guarding Golden State Warriors star Stephen Curry? Do you think you will be guarding him primarily?