The QB wasn’t perfect but with the Broncos’ talent, he didn’t have to be

As a former player, I have grown frustrated with the oversimplification of football analysis. So this season, I will be watching the coaches’ video and analyzing the impact of all 22 players on the field and coaches’ game plan.

The Denver Broncos quarterback threw for 312 yards and four touchdowns with no interceptions against a legitimate AFC contender in the Cincinnati Bengals. It was a significant statistical improvement over his two previous NFL starts. And much better than the quarterback play that the Broncos had to endure last season.

Has Siemian’s progress taken a leap? Should Broncos fans be as excited about their young quarterback as Philadelphia Eagles fans are about Carson Wentz? Trevorado doesn’t have the same ring as Wentzylvania. But, if Siemian can continue to put up numbers like this, the Broncos are on their way to a different type of ring.

There is only one way to find out if this is the new normal for Siemian or he just had a lucky day. Gotta watch All 22 to know the truth.

Given last night’s presidential debate, I scrapped the familiar thumbs-up, thumbs-down format for a point-counterpoint format. At the end, I will let you know if Siemian has earned my vote.

It may appear that Siemian’s inability to consistently put the ball on target did not cost the Broncos because he threw no interceptions. But, it did cost them. His accuracy issues made the game much more difficult and painful for the Broncos’ linemen, receivers and running backs. It even had an adverse impact on the great Broncos defense.

On almost all first and second downs, the Bengals played a variation of cover 3 with an eight-man box, daring Siemian to throw the ball. The Bengals didn’t even bother to disguise it. Often, Siemian would recognize the coverage, but throw an uncatchable ball to an open receiver. Several of those bad throws left his receivers off balance and exposed them to big hits. The Broncos’ running backs and offensive line struggled to run the ball because Siemian was not able to consistently complete passes on early downs and force the Bengals to play with seven men in the box.

Siemian and the Broncos’ early-down offensive woes led to failed third downs, punts from deep in their own territory and good field position for the Bengals. The Bengals’ two touchdowns came on drives started after the Broncos went 3-and-out and punted from deep in their own territory. There could have been a third touchdown, if it wasn’t for the Bengals fumbling a punt return at midfield.

That Broncos defense is great. Opposing teams will have a hard time scoring without good field position, so a backed-up Siemian needs to connect with receivers on early downs and get at least a couple of first downs before punting, shifting the field position.

Siemian did have a few great throws. The two third down deep-ball touchdowns to Emmanuel Sanders and Demaryius Thomas were timely and well-thrown. But I was more impressed with his shorter touchdown passes. Throwing a good deep ball is definitely a skill, but sometimes quarterbacks just throw it up and great receivers do the hard work. But throwing touchdowns in the red zone, when the field is condensed to just a few yards, is very difficult. And Siemian threw an incredibly accurate pass to Sanders, who was running an out route. The defender was covering Sanders as well as could be expected, but Siemian threw the ball just out of the reach of the defender and Sanders caught it for the score. Siemian’s other red zone touchdown came on a “roll pass,” where the running back is the primary receiver. The back wasn’t open, so Siemian quickly located the tight end and threw an accurate pass while on the run, in traffic to John Phillips.

Antsy in the pocket

Despite all of the quotes from the Broncos about how composed and poised Siemian is, at times he was nervous in the pocket. With no immediate pressure, he checked the ball down to the running back before giving the play time to develop. Though Siemian checked down a lot in this game, one pass in the first half sticks out in my mind. The tight end, running a deep route, was just about to clear the linebackers and be open for a 20-yard gain and Siemian, with no pressure in his face, threw the short pass to the back. He also prematurely scrambled out of the pocket when he could have bought more time by stepping up.

To be fair, Siemian does have some reason to be antsy. The offensive line did not do a great job of protecting him. And it appears that Siemian is not the only one with little faith in the offensive line’s ability to protect him. On many passing plays, the coaches designed plays that kept the tight end in to block. While the added protector may give Siemian and the coaches peace of mind, it makes throwing the ball against zone defenses more difficult. The passing windows are tighter when the offense is unable to make the zones stretch horizontally and vertically to cover all five eligible pass catchers. At times the Broncos only had three receivers running downfield routes and a running back releasing against seven defenders dropping into zone. That would be tough for any quarterback. 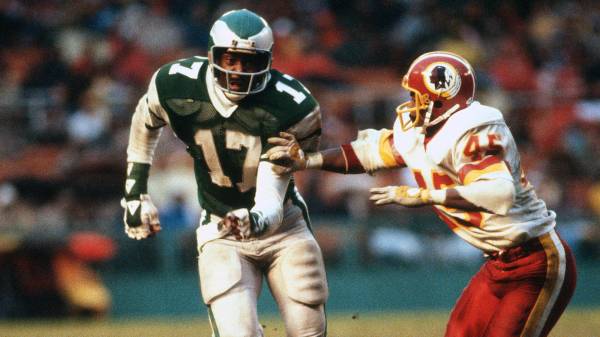 On the Broncos’ first scoring drive of the game, Siemian threw an incompletion in the red zone that was impressive. On third and 4, the Bengals sent a blitz. The linebacker came sprinting at Siemian untouched, and Trevor casually sidestepped him, showing a glimpse of veteran-level pocket presence. He stepped up and threw an incompletion, but the Bengals were called for illegal contact. Without Siemian buying time, that flag would not have been thrown.

In the second half, Siemian got another chance to hit that tight end in an over route versus cover 3, and he did. Maybe the miss in the first half was eating at him or the coaches brought it to his attention. Either way, that type of in-game improvement is remarkable.

Much like the presidential candidates on the debate stage Monday night, Siemian’s negatives are too glaring to ignore. But he has shown flashes of excellence. And with the supporting cast that he has at receiver and on defense, he may not need anything more than flashes. Siemian has got my vote … for now.