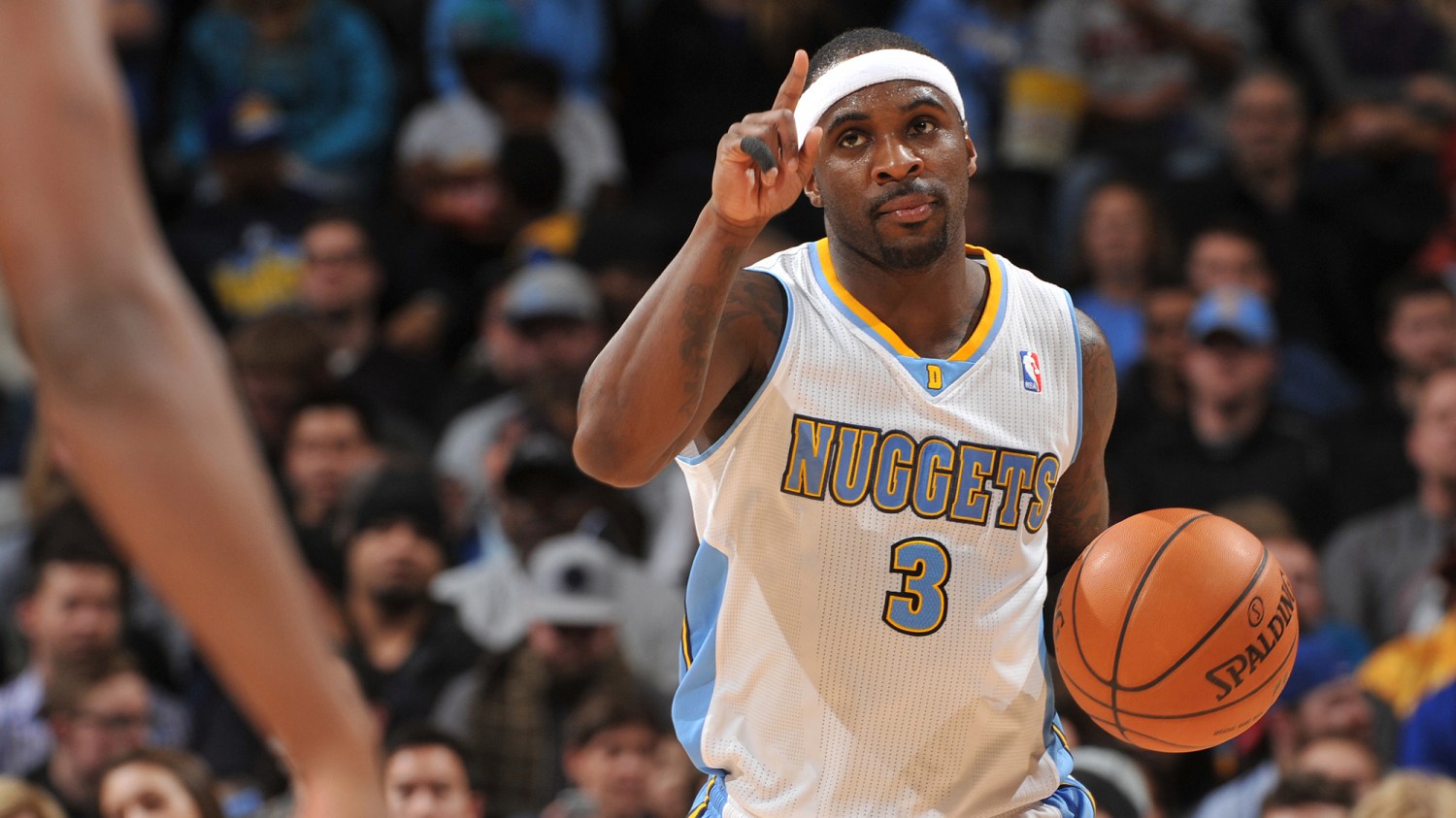 Ty Lawson #3 of the Denver Nuggets handles the ball against the Milwaukee Bucks on February 5, 2014 at the Pepsi Center in Denver, Colorado.

Ty Lawson aims to bounce back after stumbling

After his NBA star status crashed, free agent point guard Ty Lawson hopes to get back to his old self on the hardwood and make his parents proud again, too.

Lawson averaged 14.2 points and 6.6 assists with the Denver Nuggets from 2009-15, including a career-high 17.2 points per game two seasons ago. The seven-year NBA veteran, however, also had four DUI arrests from 2008-15 and hit rock bottom when he went into alcohol rehabilitation in 2015. After being traded from the Nuggets, he admitted that he struggled mentally and physically while playing with the Houston Rockets and Indiana Pacers last season. There were no struggles off the floor, however, for Lawson with either team last season, sources told The Undefeated.

Lawson is now a free agent seeking another NBA opportunity in hopes of proving that he can be the star guard again.

“It would be big to be back to my old self again. Also, it’s not for just me, it’s for my parents,” Lawson told The Undefeated. “They have had a hard time seeing what I’ve been going through. I know they hear the little comments at NBA games. To make them proud again would mean the world to me.”

The following is Lawson’s recent Q&A with The Undefeated:

Could you mentally focus on basketball last season after what you had been through?

My situation wasn’t ideal for me. There were little annoying things always on Instagram and Twitter. Those were the main two things that I had to put basically out of my mind and not use as much. I couldn’t post anything about food because, ‘Oh, that food has alcohol in it,’ or something crazy like that. It was little bit harder and I probably wanted to prove myself more because of what I went through. I was not really focused as much the right way as I should have.

Did you ever relax on the basketball court last season?

I don’t think so, especially when I was moved to the bench and was not playing many minutes. Everything was under a microscope. I couldn’t play freely and loosely like I did because I felt like if I missed a shot I was coming right out. I had eyes on the back of my shoulders at all times.

Did you really have to watch what you were doing off the court last season after your previous off-the-court struggles?

Did you purposely refrain from doing certain things or going to certain places?

Not really. I wouldn’t be out late at night or anything like that. That would give people any type of excuse. I pretty much did the same things I always do. The times I got in trouble, I was caught drinking and driving. I don’t drive anymore or do anything irresponsible. Mostly, I’ve been just staying in and staying out of the spotlight.

I’m focused. I’m in the gym every day. I feel like the old Denver Ty Lawson will be ready to show up.

What do you say to prospective teams when they ask you about your alcohol problems?

Things happened in the media because I drank and drove. But I’m not a person out here like everyone thinks that I’m drunk all day. No, I don’t do that. A lot of my friends, we go out and celebrate. But I’m not that person in the morning getting drunk before practice. I think there is a big misconception about what everybody thinks. That’s what I basically tell them. I keep it honest.

Do you think not having any setbacks off the court with the Rockets or the Pacers last season allows prospective teams to be more comfortable with you?

Thinking back to your time with the Nuggets, if you could go back in time, what would you have done differently or have changed?

I probably should have let the agent handle the situation more than me speaking out loud. That is probably what I would want to take back from it. Everything happens for a reason, I believe. Everything that happened last season is going to make me a stronger, better player.

What is the difference between where you were a year ago and now?

I was trying to figure out where I was going. I ended up being traded to the Rockets. I wanted to make sure everyone knew who I really was, the guy who averaged 15 points and nine assists and being a name that everybody can be proud of.

Do you feel like you’ve regained your old game back this summer while playing pickup ball with other professional players in Los Angeles?

I think so. The whole thing is with confidence. Last [season] was the first time I felt that I wasn’t the confident player. If I did any wrong thing, I would be scared to shoot it or scared to make a pass. But it’s all confidence. I sat down, looked in the mirror and watched my old YouTube videos and realized I am the same player I am. I just have to be confident shooting the ball and play my regular game.

Do you feel like you’re a sleeper free agent?

Do you have extra motivation to prove everybody wrong?

I am definitely putting up extra shots getting ready for this season. It’s a big year. On Instagram, the haters went down a little bit after what happened last year. Hopefully, I can start getting positive feedback, positive mentions by showing how much work I put in this summer …

I just got to go out there and play, stop second-guessing myself and go out there and play like I normally do. It’s going to be easier than last year. I wasn’t able to work out as much because I had to go to rehab. I’m focused. I’m in the gym every day. I feel like the old Denver Ty Lawson will be ready to show up.

Do you have any former and current NBA player that you’re leaning on right now for help?

The things like I like to deal with myself. I’m not really an extrovert or a person who goes out reaching out to people. I talk to [former NBA player] Anthony Carter a little bit because when I was coming up [in Denver] he was my vet [mentor]. I talk to him. That’s about it.

How do you relax your mind off the court?

I watch a lot of movies. I’ve also started a slipper company. They’re called ‘Sleakers.’ Basically, slippers that look like sneakers. I’ve been going headfirst into that. Something I love is shoes. Also, I can make my own spin on it. I’m learning about the business world. I want to go to USC for business. But they have like the No. 1 business school and people with 4.0s are getting into that school. That’s cool. But learning the business world is the main thing I am focused on right now.

My mentor is a big business guy who works on Wall Street. I am going with him when he does different business deals. He is basically teaching me the ropes.

If you were go to the Rookie Transition Camp, what advice would you give them?