Eight months after winning the US Open and two weeks after taking the championship trophy at the Miami Open, tennis slayer Sloane Stephens is taking time to pursue her passion: helping kids with tennis.

“I just love kids and I think tennis has given me so many opportunities in my life, and just to be able to give that back to give another kid an opportunity to play a sport that’s given me so much of my life,” Stephens said.

The occasion was a joint effort with Net Generation, USTA’s youth tennis brand launched to connect tennis providers with youths ages 5 to 18.

“Net Gen is a great resource to find programs,” Stephens said. “It’s just like another tool. There are so many things you can do.”

Thousands of tennis providers are listed on the Net Generation website, which has resources including links to free apparel and a directory to help families find accessible tennis programs in their areas.

Net Gen Day was the perfect match for the activities she handles with the Sloane Stephens Foundation.

“I do after-school tennis in Compton Unified for the school district,” she said. “I have 23 schools. I do after-school, I have Saturday tennis and I have recess tennis. They do 10 weeks of tennis straight, and at the end they have a huge culminating event where they compete against each other. It’s like a huge play day. We have lunch, DJs, games, prizes, a little carnival, and everyone gets to come together and compete to show off what they learned. We keep doing it over and over. It’s the same kids. They keep getting better and better.”

Stephens’ social responsibility is an act of reciprocity to the game that the 25-year-old says opened doors for her.

“I played at a park and they had a JTL [National Junior Tennis and Learning],” Stephens said. “It’s a little bit different now. I have my own foundation. We’re in schools and stuff but, all in all, the same concept. But all the programming is free. All the equipment is free. It makes it easy. It’s very accessible, which makes it great.”

For Stephens, life is a balancing act with social responsibility a backdrop of her time off the court.

“[I] take it day by day, try not to get overwhelmed,” Stephens said. “I feel like I’m always better when I’m doing a lot of things at one time. I just try to do things that I love and I’m always passionate about so I never lose that spark.”

Stephens said working on her foundation was a learning process that involved the realization that she can’t interact with the children as much as she desires. 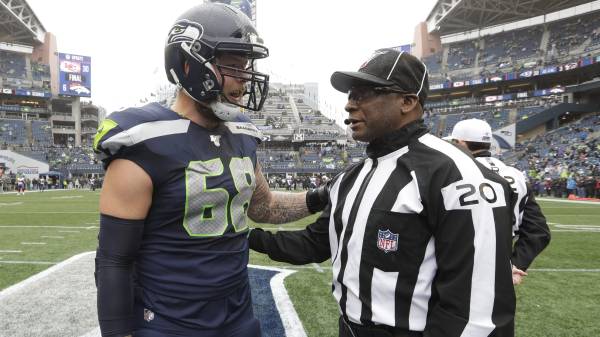 “I think the hardest part is not being able to be there every day,” she said. “Because I love them so much I feel like they’re like my own children. … It’s amazing to see their improvement and see them getting better and just seeing them be excited about something.”

Born in Plantation, Florida, Stephens often trains in Carson, California. Her successful junior tennis career included doubles titles at the French Open, Wimbledon and US Open in 2010. She became the youngest player in the Top 100 and the 2017 US Open women’s singles champion.

“I want to feel like I’ve given as many kids the opportunity to play tennis as possible,” Stephens said. “Giving them the right tools to be able to have those opportunities and capitalize off of them, for me that would be a success.”