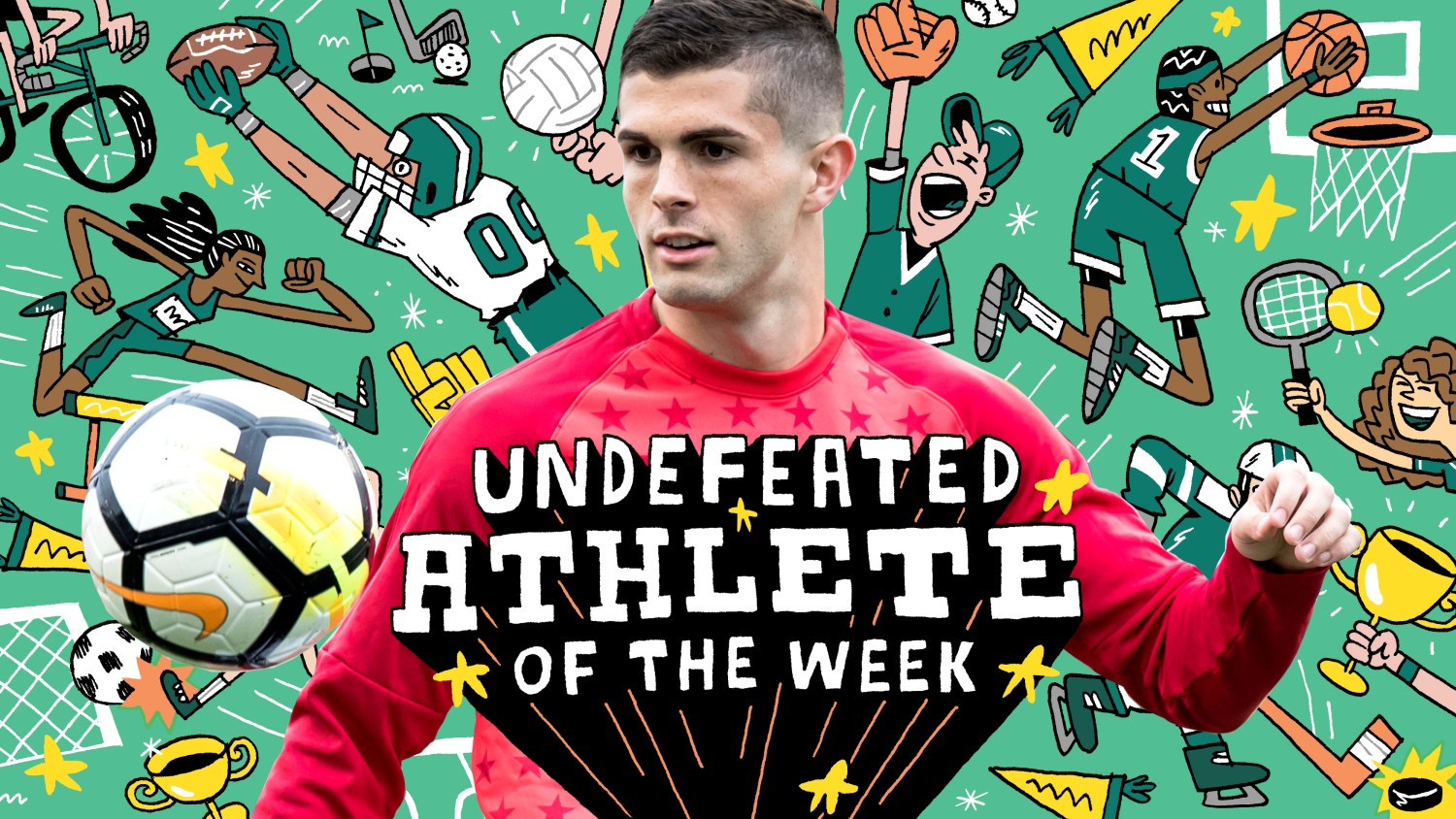 As players circled the field and waved to the fans who waited to catch a glimpse of their favorite player, 12-year-old Patrik Burling thought about what might make the perfect ending to an already epic day.

Burling and two of his soccer buddies were in Charlotte, North Carolina, on Sunday to witness Borussia Dortmund beat Liverpool 3-1 in an International Champions Cup match. Christian Pulisic, the 19-year-old American player whom most of the 55,447 in attendance at Bank of America Stadium came to see, put on a show with two goals and some dazzling runs.

“The night before the game, I just thought it would be so amazing to see him play,” Burling told The Undefeated of Pulisic, the star midfielder for Borussia Dortmund and the U.S. national team. “I just really wanted to meet him, and if I did, it would’ve really made my day.”

As Pulisic made his way to a postgame interview, Burling had another thought.

“I think I can run onto the field and meet him,” recalled Burling, a striker on a U14 Charlotte Metro FC team. “I said, ‘I’m gonna do it! I’m gonna do it!’ and I saw a perfect time and started running. I was really nervous … at first. I just decided I’d run past the guards because they didn’t look that fit.”

After sticking the landing on the 7-foot drop from the stands to the field, Burling made a beeline for Pulisic, who was just starting his interview. Fans reacted — some booed, some cheered — and even though startled, Pulisic started to engage the young man, who was quickly whisked away by security.

“I was giving a postgame interview, and I just saw a kid — I didn’t see the buildup — but he runs up to me with my jersey on and I was just kind of surprised,” Pulisic told The Undefeated. “I quickly saw someone run up to grab him and started taking him away. I could see in his face, he was really scared and didn’t know what to do. My normal reaction was to go over to the kid and tell the security guard, who was doing his job, that if the kid is a fan of mine, it’s OK. … I just took a quick picture with him and they ran him off. I just felt like it was something I had to do.”

Pulisic said Burling asked him for his jersey but he’d already committed to giving the game-worn top to a young boy with cancer. (Pulisic’s team plans to send Burling a signed jersey in the coming weeks.)

No stranger to the big stage, Pulisic made his Bundesliga debut in January 2016 and is the reigning U.S. Men’s National Team Player of the Year. But Sunday’s experience was a first for the Hershey, Pennsylvania, native. For his class and composure, Pulisic is the Undefeated Athlete of the Week.

“It wasn’t like anyone was in danger,” said Diego F. Romero, a freelance photographer who covered the game and captured the moment for The Gaston Gazette, a small paper outside of Charlotte. “It’s a 12-year-old kid with a cellphone, trying to take a selfie. The kid eventually got Christian’s attention, and Christian posed for him for the selfie, and the kid went on his way. Kids being kids, you know? It’s nothing that I wouldn’t have done at that age, given the opportunity. It speaks to the culture of [sports] in this country, where they see a kid run onto the field and they think something other than, ‘Oh, that’s just a kid trying to go hug his hero.’ ”

Christian Pulisic, whilst taking part in a post-match interview, notices a kid being dragged away by security after running on the pitch to try and speak to his idol.

Pulisic walks over to the kid and takes a photo with him. ✊ pic.twitter.com/OGKvwjc9pL

Romero added that the talk among photographers in the locker room was that the security guard had overreacted. But the boy’s dad, John Burling, a textiles designer for JS Royal Home, disagreed.

“I told Patrik: ‘It took guts to do what you did, but you shouldn’t have been on the field. You could’ve been a 12-year-old with some harmful intentions,’ and in that respect, I don’t fault security for trying to nab him. It was quite jolting when [security] told him that if he was 16, he would have been in jail. That’s when it sunk in.”

This Story Tagged: Undefeated Athlete of the Week Christian Pulisic