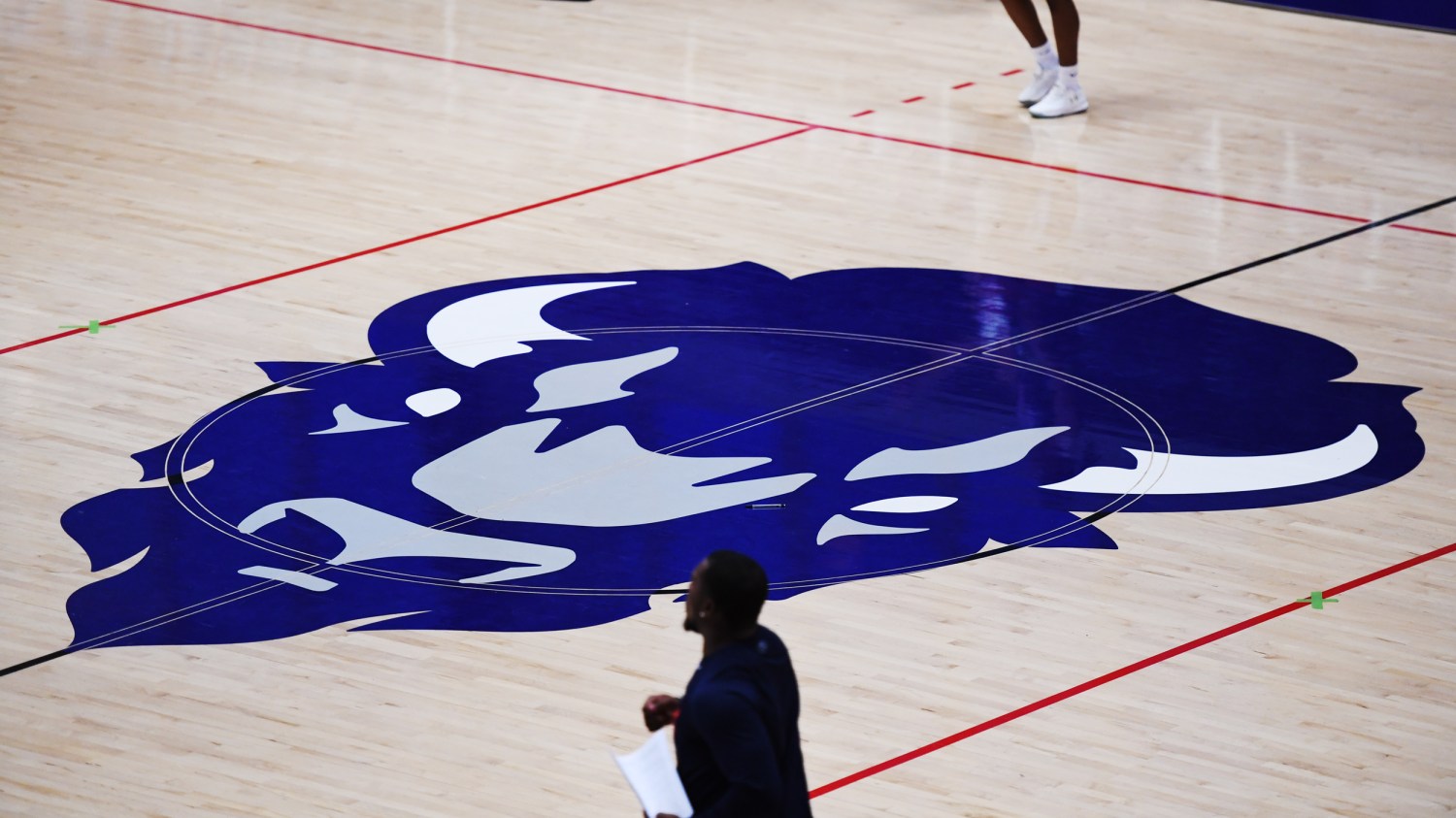 Moments after Howard was eliminated by Norfolk State in the semifinals of the Mid-Eastern Athletic Conference (MEAC) tournament last week, Bison coach Kevin Nickelberry walked to the front of the cramped locker room in The Scope in Norfolk, Virginia, and gathered his team together for the final time. As Nickelberry addressed his players, he saw two seniors, Marcel Boyd and Solomon Mangham, sitting in the front row with their heads bowed, reflecting the mood of a team that was physically spent and emotionally drained.

“You had a lot of adversity in your four years here,” Nickelberry told them. “This is not the season that we wanted.”

When Nickelberry had gathered his team for its first meeting seven months ago, the talk wasn’t about what the Howard coaching staff wanted.

It was about what they expected.

Howard expected James Daniel, the nation’s leading scorer during the 2015-16 season, to repeat as the MEAC’s best player. Howard expected its senior-heavy team to dominate the league. Howard expected to win the MEAC tournament championship and finally return to the NCAA tournament, ending 25 years of men’s basketball futility at the historically black university known simply as “The Mecca.”

But Daniel got hurt before the season started. The seniors missed their leader, and his scoring and ball-handling ability that created opportunities for others.

Instead of being the favorite when the MEAC tournament began, the Bison were seeded 11th of 12 teams. After their opening round win over No. 6 Coppin State, Howard needed a miracle finish — wins over the top three seeds — to achieve its goal. The Bison beat No. 3 Morgan State, and had a halftime lead against No. 2 seed Norfolk State before eventually suffering a 15-point defeat to the Spartans.

Howard ended its season with a 10-24 record, two fewer wins than last season, when it finished at 12-20.

“I didn’t want to talk about it much during the season, but losing Daniel had a major impact,” Nickelberry said. “We lost 27 points a game. That’s probably the difference between us winning 10 games, and us possibly winning 19 or 20.”

Along with Daniel, the Bison also lost backup point guard Kai Tease (and eventually third-string point guard Dalique Mingo). For much of the season, Nickelberry had to lean on seniors Damon Collins and Chuck Smith to play the point.

That lack of a true point guard was huge. The 6-foot-5 Collins, perhaps the most versatile player on the team, gave Howard size at the point but he lacked Daniel’s ability to quickly attack gaps. Smith, a walk-on who didn’t suit up for most of the first 11 games of the season, helped in spots, but lacked the experience to have much impact.

“This was a team that went through so much adversity, starting with losing Daniel,” Nickelberry said. “I’m really proud of the way these guys responded to so much turmoil. Without Daniel, we made it to the semifinals of the tournament. With him, we would have been fighting for a championship. You just can’t replace those types of players.”

Having played in just two games this season, Daniel, who is expected to graduate in May, has eligibility remaining and could return to Howard for one more season. The major question is: Will he?

Daniel, who has talked about wanting to play professionally, has the option to transfer to another school as a graduate student and play there. (Unlike undergraduate transfers, graduate students don’t have to sit out a year.)

“I appreciate everything that Howard has done for me,” Daniel said last month. “It’s something I’ll talk over with my family.”

While Nickelberry wants Daniel back, he acknowledged the opportunities presented to Howard’s all-time leading scorer might lead to his departure.

“He’s a very special player, and teams are going to want him,” Nickelberry said. “He’s got to do what is best for him and his family, which is to look at all his options. Hopefully, when it’s all said and done, he comes back to Howard and cements his legacy.”

With the possible departure of Daniel — and eight other seniors leaving — what’s the outlook for Howard?

James Miller, at times the team’s best player this season, will return after averaging 14.7 points this year. He scored 30 points in back-to-back December games against Georgetown and American before breaking his hand against Maryland. The injury required surgery, forcing Miller to miss seven games.

“He showed a lot after coming back from a broken hand,” Nickelberry said. “I think he has a chance to be an all-league player.”

MEAC Rookie of the Year Charles Williams will also return. A confident shooter from the day he stepped on the court for the Bison, Williams led the team in scoring (15.6 points per game) and was named third-team All-MEAC.

Tease returns after season-ending surgery on his broken foot, along with Mingo, Jalen Jones and Cameron Lewis.

Newcomers will be led by R.J. Cole, a point guard from the prestigious basketball program at St. Anthony High School in New Jersey. He is expected to be the starting point guard if Daniel leaves.

With nine seniors among the 16 guys who played this year, Howard will face major gaps next season in age and experience.

The importance of those factors was evident during the tournament. All five starters on the North Carolina Central team that won the MEAC regular season and tournament titles is a transfer student, with four of them having played at other Division 1 programs. (The team has 11 transfer students in all.) And except for 21-year-old forward Kyle Benton, all of the other NCC starters were at least age 23.

Norfolk State, the team that beat Howard in the semifinals, also has 11 transfer students.

“We’re not a school that’s going to bring in a lot of transfers, because of our strict academic requirements,” Nickelberry said. “Sometimes you can look at someone else’s plate, but you have to deal with the meal in front of you. What’s in front of me is what we have to work with, and I’m confident we can be successful with the way we’re doing things.”

For a season that began with high expectations, Howard instead faced tremendous obstacles.

Besides lacking a true point guard, Boyd, an all-MEAC preseason pick at center, never got untracked playing without Daniel. And consistency was an issue: Howard never won more than two games in a row the entire year.

Yet despite the injuries, family tragedy and heated moments in the locker room, the Bison bonded in the final weeks of the season to make their deepest run in the MEAC since losing the title game to Hampton in 2002.

“The seniors set a very solid foundation for our future going forward,” Davis said. “They all graduate, they all achieved in the classroom, and they all handled themselves both on and off the court with dignity.

“Our seniors made us relevant. It’s now time for the young guys who are here, and the new recruits coming in, to win championships.”