Carmen Williams did all she could to hold back tears as she watched her mother, Carla Williams, introduced as the new athletic director at the University of Virginia. “It’s emotional because she’s always been a champion for me and now I get to see her achieve her dreams.”

Former athletic director Craig Littlepage did all he could to fight back tears when asked about seeing control of the athletic program being turned over to an African-American woman. “I’m proud to say,” Littlepage said, pausing for a full 20 seconds as his mouth quivered, “if there’s a place, this is the place because this community has been through a lot.”

As for Williams, just moments after displaying a composed self-confidence during her news conference, she also got a little emotional when asked about how she thinks she’ll be perceived by young African-American women as the first African-American female athletic director at a Power 5 school.

“You want to make an impact,” she said, brushing away a tear that formed in the corner of her right eye. “You want to be an influence, a positive influence. And this is my way of doing that.”

UVA introduced Williams on Monday, two days after she arrived on campus with her husband, Brian, and children Carmen, Camryn (both students at the University of Georgia) and Joshua. She’s just the 10th athletic director in UVA’s history, replacing Littlepage, who announced his retirement last month after overseeing the most successful athletic era in school history (including seven NCAA team titles and 53 Atlantic Coast Conference championships during the 10-year period between 2002 and 2012).

Which all means the shoes that Williams has to fill are huge, replacing a man who was the first African-American athletic director in ACC history. But Williams’ impressive qualifications have assured the school administration that the program is in good hands. The former All-SEC basketball player at Georgia spent the past 13 years in athletics administration at her alma mater, most recently as the school’s deputy athletic director, a role in which she managed the daily operations of a department with a $127 million budget. 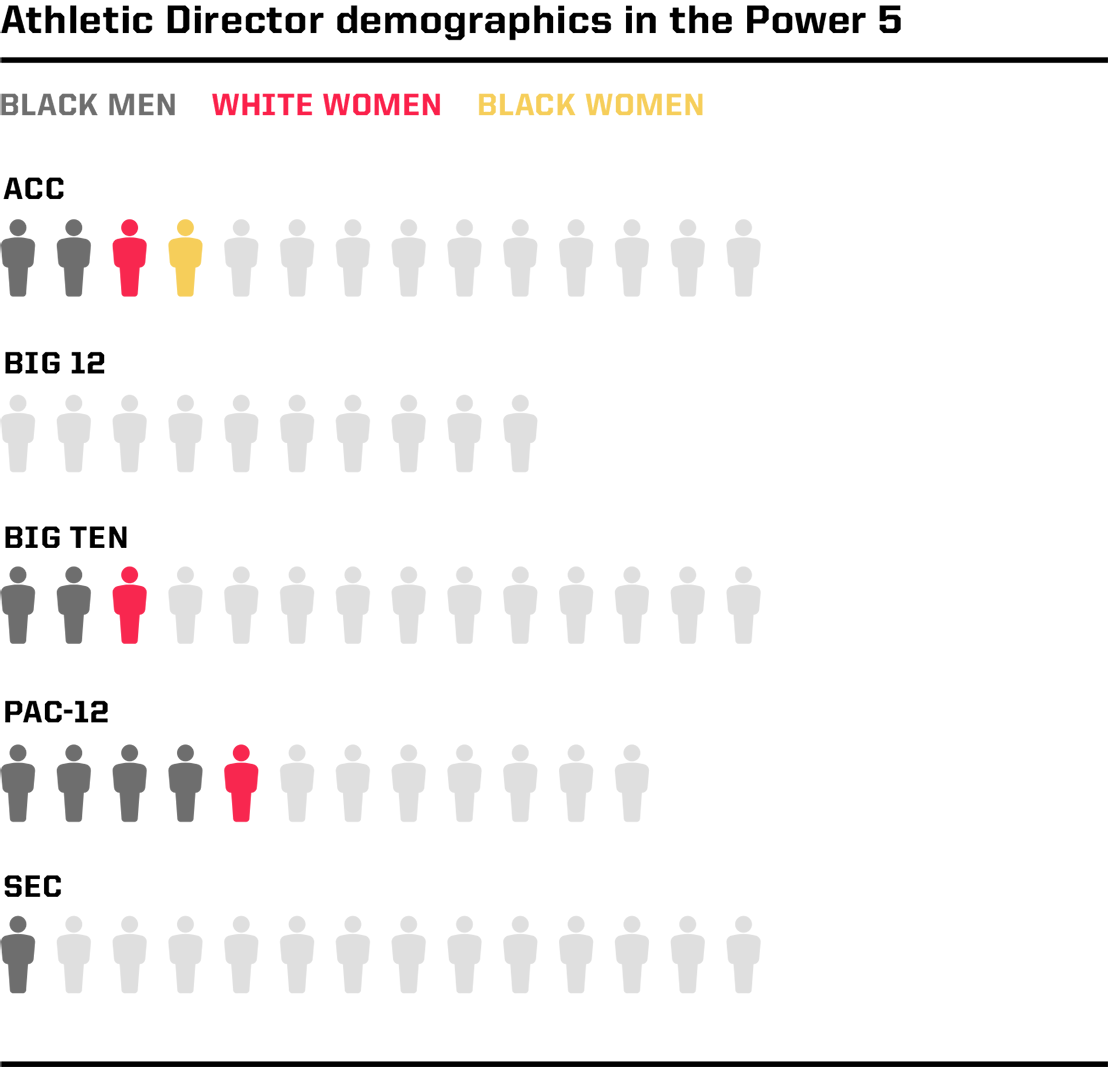 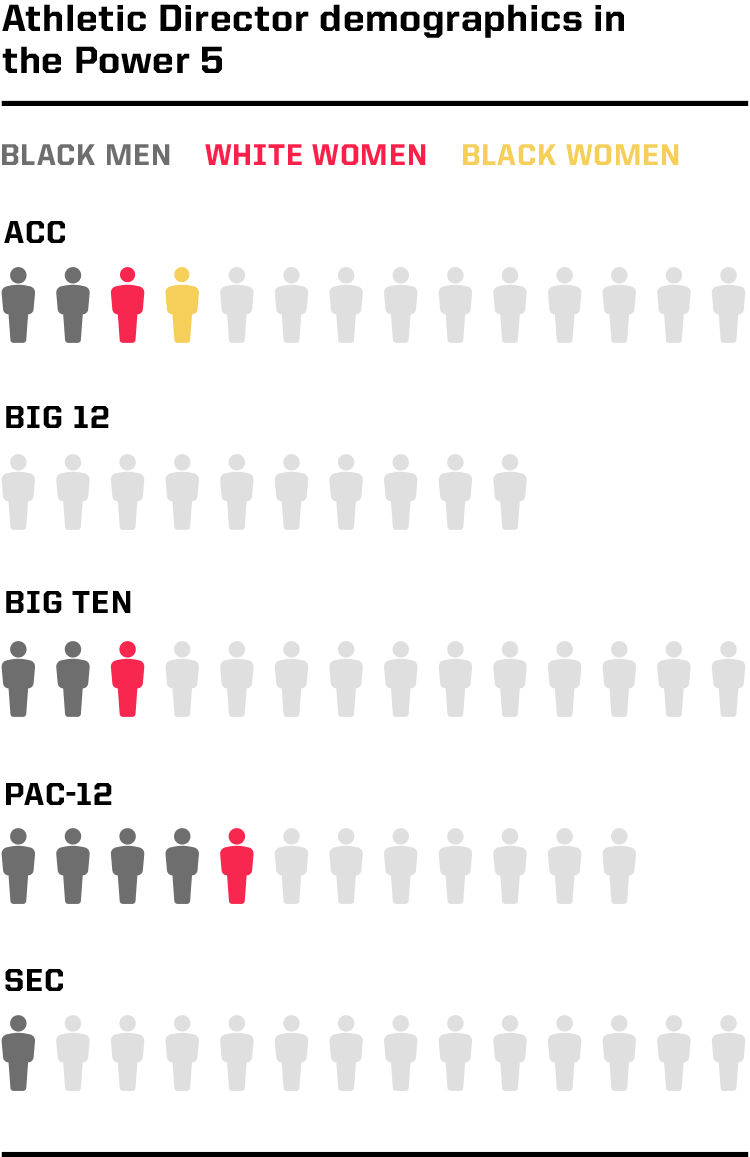 “At UVA we believe in uncompromised excellence, and that means that our coaches and our student-athletes pursue excellence in competition and in a classroom with equal levels of energy and commitment,” said Teresa Sullivan, the president of UVA. “Carla Williams shares our commitment to these principles, and that’s why I’m thrilled to introduce Carla as UVA’s new director of athletics.”

Williams grew up in LaGrange, Georgia, a city of just over 30,000 people that’s about an hour’s drive southwest of Atlanta. Her interest in sports emerged when she was a young girl playing basketball and football against boys (in those rugged sandlot football games, she played quarterback and running back).

“From a young age I learned some valuable lessons,” Williams said. “ I learned how to compete against people who were seemingly bigger, stronger and faster than me.”

What drove her competing against boys? “Don’t be intimidated, always be prepared,” she said. “I learned humility is strength.”

As she gained strength, Williams learned how to win. As Carla Green, she led LaGrange High School to two Class AAAA state titles. That led to a scholarship from Georgia, where she was a three-year starter as a 5-foot-9 guard (she played with five-time Olympian Teresa Edwards and two-time Olympian Katrina McClain) and was among the top 10 scoring leaders in school history when she graduated in 1989.

Williams returned to Athens for grad school, and after receiving her master’s degree in public administration in 1991 she was hired as an assistant women’s basketball coach. She was on the sidelines when Georgia went to consecutive Final Fours in 1995 and 1996.

But even before Georgia lost to Tennessee in the 1996 championship game, Williams knew she wanted to leave coaching to become an administrator. From 1996-97, she served as the school’s assistant director of compliance, beginning an administrative journey that included stops at Florida State (where she received her doctorate) and Vanderbilt (where she was an assistant athletic director) before returning to Georgia.

“When you looked at what she’s done, she checked all the boxes,” said Marcus Martin, a vice president and chief diversity officer at Virginia who was on the search committee formed after Littlepage announced his retirement. “Carla’s had the opportunity to go to other schools as an athletic director, and she could have risen to that level at Georgia. But she decided to come here, and this is an outstanding opportunity for not only her but for us.”

Phoebe Willis, the student representative on the search committee, expressed pride in having a woman in the school’s top athletic position.

“I’m an openly gay woman, and to see any type of minority be a first person in a significant place of power is exciting,” said Willis, a former field hockey player at Virginia. “But I’ll say with Carla Williams, what stood out with her was that she was the best qualified for this job first, and then it’s just an exciting thing that she’s the first African-American female to have this job in a Power 5 conference.”

“With [football coach] Bronco Mendenhall and [men’s basketball coach] Tony Bennett coming from outside, I think it’s good to bring some new flavor and spice to the school,” said Sampson, who was the National Player of the Year in three of his four years at Virginia. “She was the most qualified for this job. She’ll have no problem learning the culture here.”

Williams likely won’t immediately move to Charlottesville because her husband, an associate professor in the School of Public and International Affairs at UGA, has to finish the semester in Athens. Her family likely will relocate in December or January to a city, Charlottesville, that made international headlines after a violent white nationalist rally in August.

“I watched it all play out on television, and I felt bad for the university and bad for Charlottesville,” Williams said. “What happened was not a reflection on UVA and the Charlottesville community. I was hurt for what this community went through.”

As Monday’s news conference came to a close, Williams spent some time meeting her new co-workers, taking photos and meeting the local media. As she answered questions, her 21-year-old daughter, Carmen, stood nearby beaming as she watched her mother handle the spotlight with poise.

“To see someone achieve those things you never thought were possible makes all African-American women think, ‘I can do this too,’ ” Carmen Williams said. “I saw a tweet from one of my friends who said, ‘I want to be just like Carla Williams.’

“I’m happy everyone is going to get a chance to see the type of incredible woman that I’m exposed to every day,” she added. “It’s her time.”