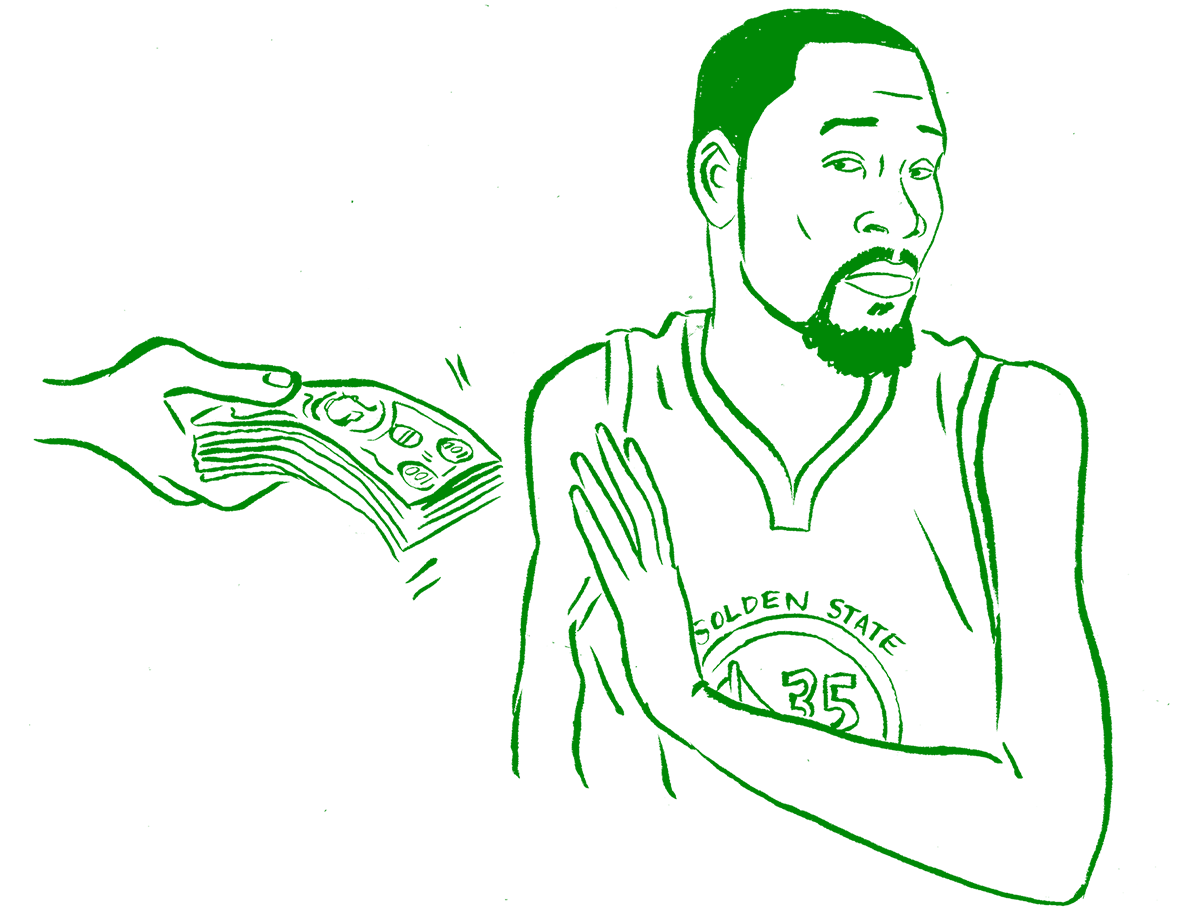 President Donald Trump tweeted: “At some point the Fake News will be forced to discuss our great jobs numbers, strong economy, success with ISIS, the border & so much else!” An hour later, CNBC posted that General Motors’ June U.S. sales were “down 4.7% vs. estimate 1.8% decline.” Not even a person with zero front office experience wanted to work for Cleveland Cavaliers owner Dan Gilbert. NBC News referred to Sally Hemings, President Thomas Jefferson’s slave and victim, as the former president’s “mistress.” A family carrying $93,000 in undeclared cash on their person through the Philadelphia International Airport were returned just $3,000 of the cash after being stopped by federal agents. The city of St. Louis has decided to push its minimum wage back from $10 per hour to $7.70; Gov. Eric Greitens (R-Missouri) said the previous wage, a 23 percent difference, would “take money out of people’s pockets.” Five alcohol companies have pledged over $67 million to study whether or not there are any scientific benefits to having a glass of alcohol a day. Oregon police killed an armed man trying to steal a helicopter from a local airport. Golden State Warriors forward and NBA Finals MVP Kevin Durant took about $9 million less in salary for some reason. Hip-hop artist Azealia Banks, who once called fellow rapper Iggy Azalea “Igloo Australia” and threatened to “throw a jar of my piss at her,” will join Azalea on a future song. A spokesman for Gov. Paul LePage (R-Maine) called assertions of the governor leaving the state for a 10-day vacation amid budget negotiations “fake news” despite two lawmakers from the same party claiming that the governor called and told them himself. Chief Justice John Roberts, speaking at his son’s graduation, told students, “I hope you will be treated unfairly so that you will come to know the value of justice”; four days before, the Supreme Court partially allowed the banning of Muslims from six countries. A 73-year-old Colorado woman drove an SUV into the swimming pool of a local resort. Kato Kaelin, friend of O.J. Simpson and a witness in the former football player’s murder trial, won a $12,000 raffle at a Milwaukee Brewers game. The White House refused to comment on the origin of the WWE-inspired video that Trump tweeted out on Sunday, denying that the video came from an anti-Semitic Reddit user. 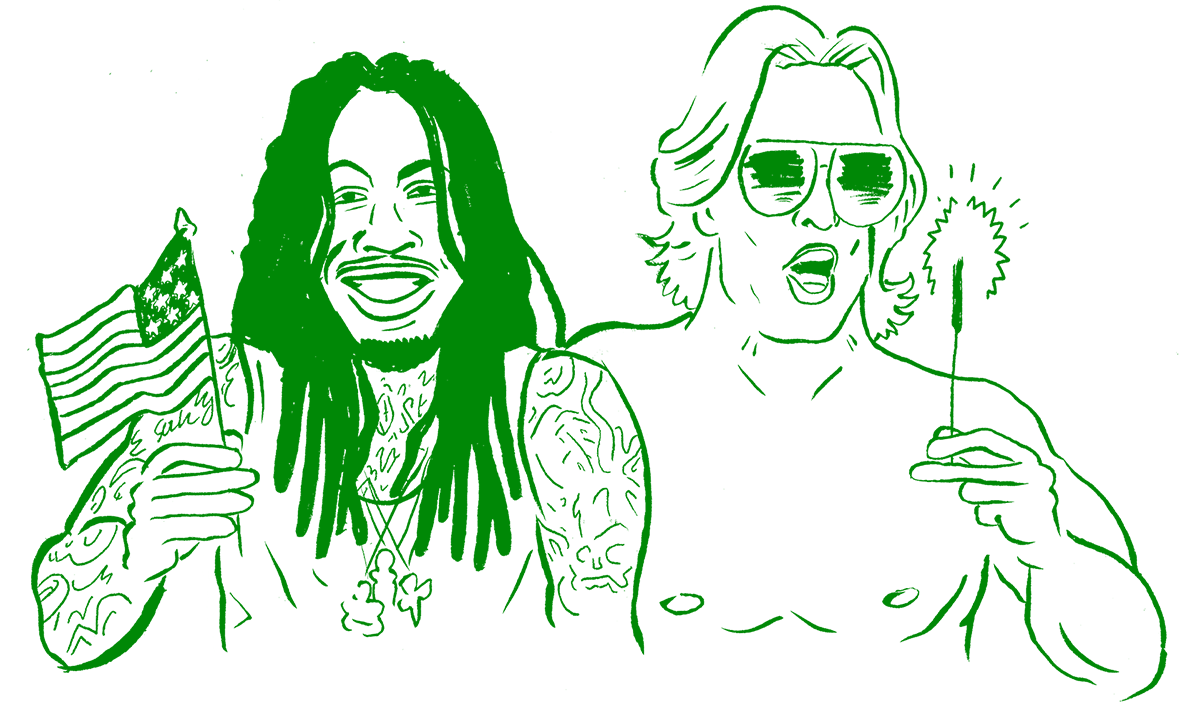 CNN identified the Reddit user who created the GIF of Trump pummeling a WWE performer with a CNN logo superimposed over the wrestler’s face, which the president subsequently posted to his personal Twitter account; the user also apologized for his other offensive posts, claiming, “One of my best friends is a homosexual and one of my best friends is Jewish and one of my best friends is Muslim.” In “who made the potato salad?” news, a Washington Post food editor added cauliflower and feta cheese to his recipe. Hall of Fame professional wrestler Ric Flair, 68, and rapper Waka Flocka Flame, 31, celebrated Independence Day together. The Youngstown State University Police Department warned travelers about not wearing their seat belts to the tune of rap trio Migos’ “Bad and Boujee”: “Rain drops. Drop tops. This Independence Day weekend don’t get caught with your seatbelt OFF OFF OFF. U know what we’re saying @Migos.” In unrelated news, last month a YSU police officer was charged with operating a vehicle while intoxicated. Hip-hop artist Wale officiated a rap battle between professional wrestlers New Day and the Usos during WWE’s Smackdown Live, with the latter mentioning the alleged sex tape of one of the members of the former. ESPN’s Chris Haynes reported that Utah Jazz forward Gordon Hayward agreed to sign with the Boston Celtics, other reporters confirmed the report, and then minutes later Hayward’s agent refuted the alleged deal; five hours later, Hayward announced that he had indeed signed with the Celtics. Boston guard Marcus Smart tweeted, “What a celebration on this 4th of July! @gordonhayward Congrats and welcome!” and minutes later, it was reported that the Celtics were trying to trade Smart. Jazz center Rudy Gobert, Hayward’s former teammate, posted a video on his social media account singing along to Chris Brown’s “Loyal,” which includes the lyrics: “These hoes ain’t loyal.” The heirs of a Florida man who hid his dead wife’s body in a freezer for eight years to continue collecting her Social Security checks have repaid the government over $15,000. The Minnesota judge who presided over the Philando Castile manslaughter case wrote a letter of support to the jury that was responsible for acquitting Saint Anthony, Minnesota, police officer Jeronimo Yanez. A tennis website said No. 82-ranked Mandy Minella pulled “a Serena” by playing a Grand Slam match while pregnant, though, unlike Serena Williams at January’s Australian Open, Minella lost in the first round of Wimbledon. Philadelphia 76ers center Joel Embiid yelled, “F— LaVar Ball!” during an Instagram livestream. 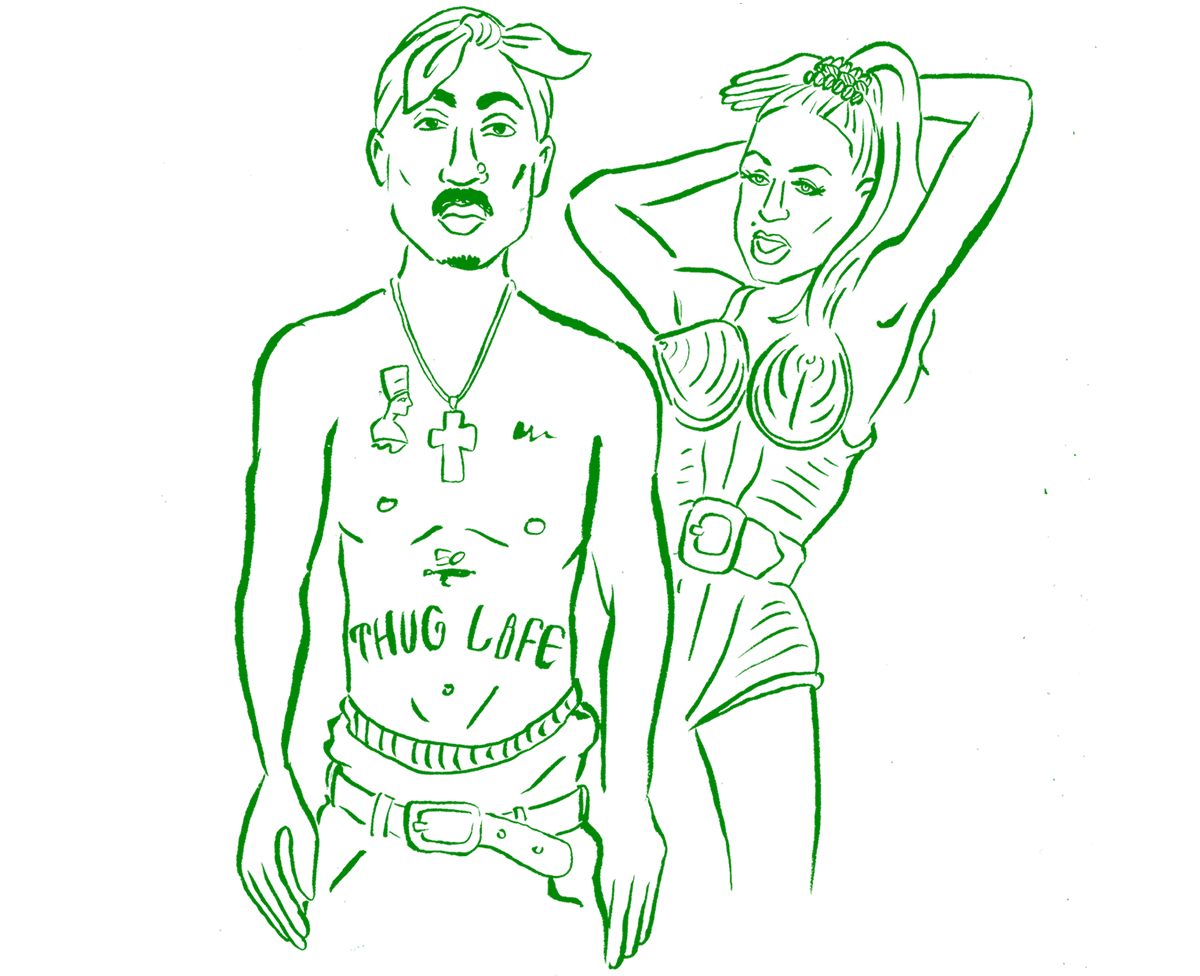 Rapper Tupac Shakur once told singer Madonna, whom he dated in the early 1990s, that he could no longer date her because she was white, and “I would be letting down half of the people who made me what I thought I was.” Corona beer signed a marketing deal with the University of Texas; the school’s athletic director called the partnership an opportunity to “promote the excitement and pageantry of collegiate sports.” Flying ants took over courts at Wimbledon. Reality television star Rob Kardashian posted nude photos of his ex-fiancée Blac Chyna on his Instagram account, accusing her of cheating with multiple men and having a drug and alcohol problem. Loquacious rapper T.I. butted in, for some reason, telling Kardashian to “take this L” and not look like a “Ronald McDonald the Duck”; Kardashian, still not getting out of his own way, then responded by accusing T.I. of paying Blac Chyna to have a threesome with him and his estranged wife, Tameka “Tiny” Harris. A conspiracy theory surrounding the murder of a former Democratic National Committee staffer is now being used to sell anti-aging face cream. Hip-hop artist Lil Yachty does not eat fruit. Vatican police busted a drug-fueled gay orgy at the apartment of an aide to one of Pope Francis’s closest advisers. In the most anticipated matchup since Mitt Romney-Evander Holyfield, late-night TV host Chelsea Handler will debate recently fired TV host Tomi Lahren. Los Angeles Clippers coach Doc Rivers plans to replace recently departed players Chris Paul, J.J. Redick and Jamal Crawford with 35-year-old guard Tony Allen. Cleveland Cavaliers forward Richard Jefferson, entering his 17th season and owed $2.5 million next year, is surprisingly not expected to retire this offseason. Filming and producing virtual reality porn is apparently hard. The Amazing Spider-Man actor Andrew Garfield, with the help of RuPaul’s Drag Race, came out as gay “just without the physical act.” 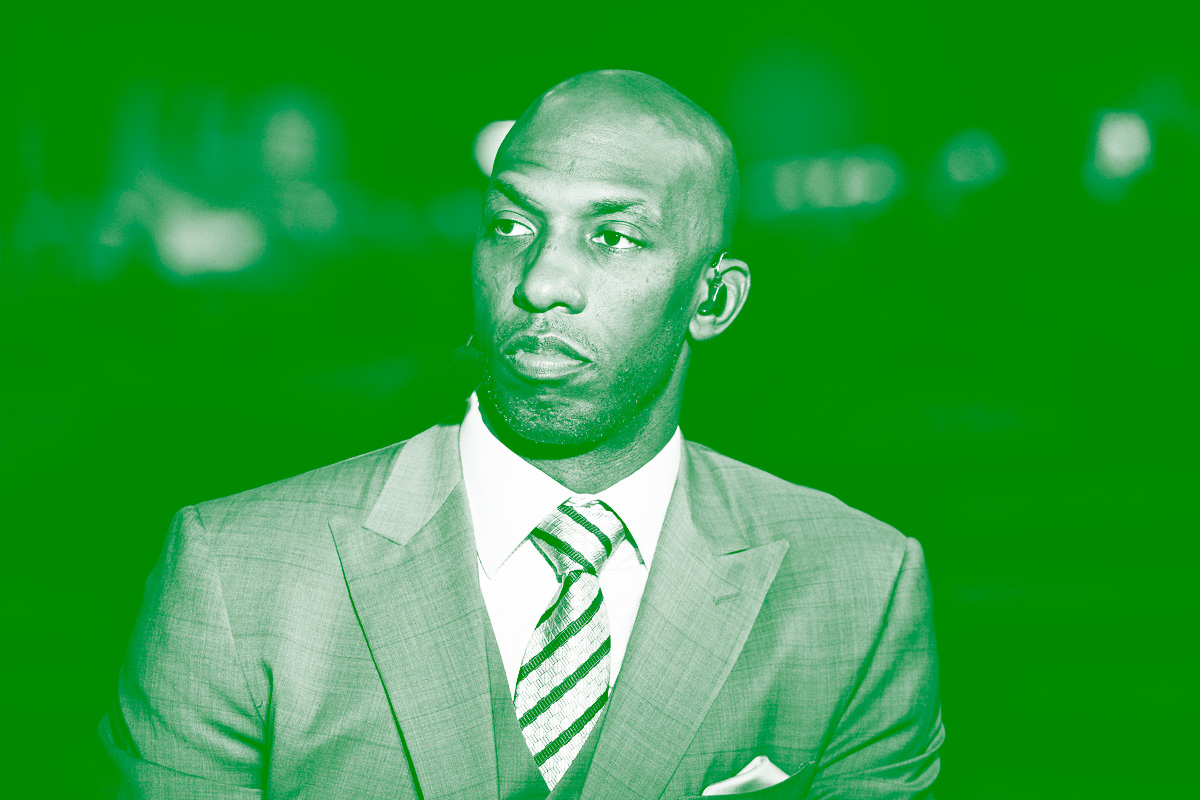 Basketball prodigies Lonzo, LiAngelo and LaMelo Ball nabbed the cover of SLAM Magazine without father LaVar, who, not to be forgotten, wrote the cover story. Much like O.J. Simpson’s search for the real killer, President Donald Trump, seven months later, still hasn’t found the real hackers of the Democratic National Committee. Meanwhile, while speaking in Europe, the president pivoted between doubting Russia was involved in the 2016 election and blaming former President Barack Obama for not doing enough to stop Russia from meddling. Sports Illustrated found at least 40 people named after NBA Hall of Famer Shaquillle O’Neal — and two of them have younger brothers named Kobe. A female Capitol Hill reporter was barred from the House chamber because she was wearing a sleeveless dress. Gov. Paul LePage (R-Maine), best known for accusing “D-Money, Smoothie, Shifty” of selling drugs and impregnating white women in his state, told a local radio station that he makes up stories so the news media will “write these stupid stories because they are just so stupid, it’s awful”; LePage added that “the sooner the print press goes away, the better society will be.” USA Today celebrated National Fried Chicken Day by tweeting out a GIF of actress Octavia Spencer in a scene from The Help; the tweet was later deleted. U.S. Energy Secretary Rick Perry, who apparently fell asleep during the first day of Econ 101, lectured reporters at a coal plant: “Here’s a little economics lesson: supply and demand. You put the supply out there and the demand will follow.” The Cleveland Cavaliers, almost a week into NBA free agency and still without a general manager, lowballed general manager candidate Chauncey Billups by almost $2 million a year before the former NBA guard removed himself from consideration for the job on Monday. Nineteen-year Dallas Mavericks forward Dirk Nowitzki, still not about his paper, will sign a two-year, $10 million deal to remain in the Lone Star State. Four Brazilian soccer players were kicked off their team after video of one of the players masturbating two others was released online; club president Gilmar Rosso said, “If they want to get drunk, [be] gay or not, that’s their business.” The famous “Boomshakalaka” play-by-play call from 1990s video game NBA Jam was a misquote of Sly and the Family Stone’s “I Want To Take You Higher.” 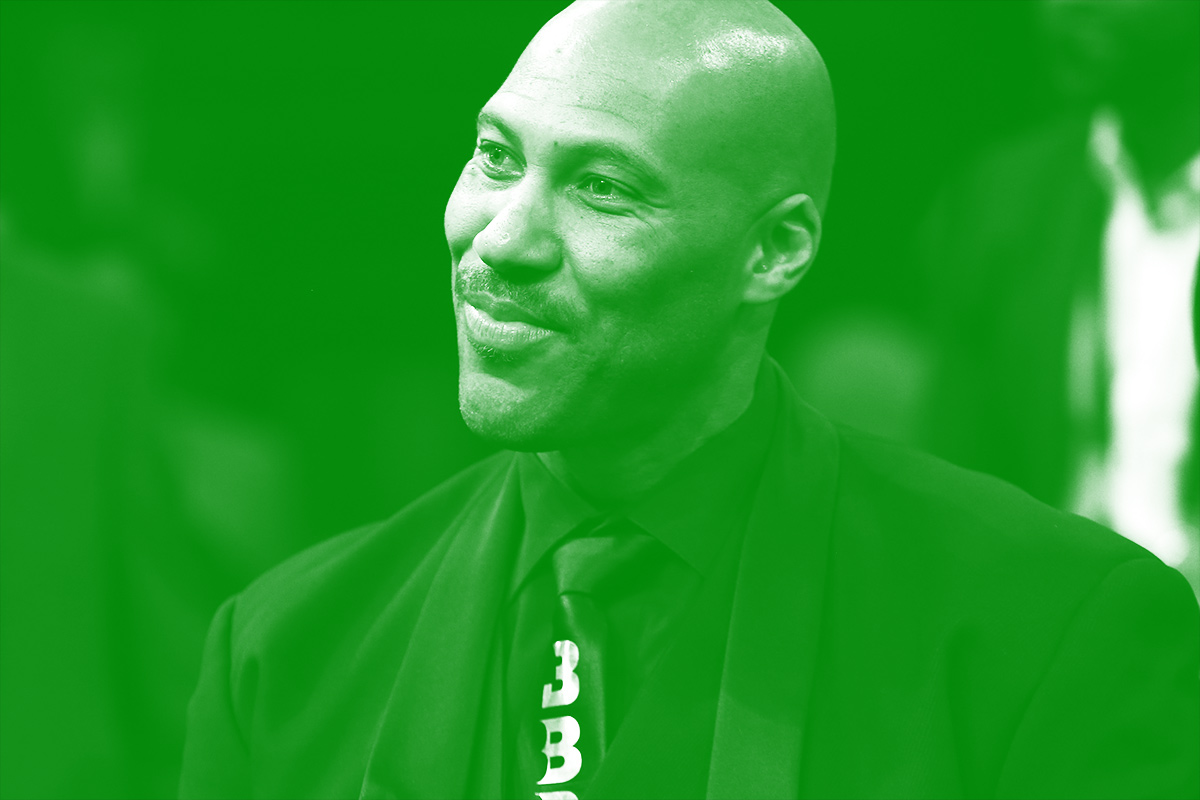 Blue Ivy Carter, the daughter of JAY-Z, freestyled on her father’s new album, at one point rapping, “Boom shakalaka, boom shakalaka,” even though NBA Jam debuted 19 years before she was born. The Washington Nationals-Atlanta Braves rain-delayed-despite-little-rain game ended at 1:20 a.m. EST; fans at National Park were rewarded with free soda, ice cream, water, a transit system that shut down an hour into the game — and a 5-2 Nationals loss. A U.S. Mint employee was placed on administrative leave after leaving a noose made out of the rope used to seal coin bags on the chair of an African-American colleague. Atlanta Hawks guard Tim Hardaway Jr., son of five-time All-Star Tim Hardaway Sr., received a $71 million offer sheet from the New York Knicks; the elder Hardaway made just $47.1 million in his entire 14-year career. At the book party for conservative author Milo Yiannopoulos, chants of “F— CNN” broke out while little people in yarmulkes dressed as conservative commentator Ben Shapiro, who is Jewish, danced among the partygoers. All but settling the matter, the Russian foreign minister said Trump accepted Vladimir Putin’s “assurances that Russia didn’t meddle in the U.S. election.” A phallic-shaped rock formation in Norway that was intentionally damaged last month has been properly restored. Rob Kardashian, who posted nude photographs of his ex-fiancée Blac Chyna earlier in the week, was served with notice of a restraining order. Twenty-four-year-old rapper 21 Savage, who is dating 33-year-old model Amber Rose, said one of the benefits of dating older women is she makes him do things he doesn’t normally do, like “take vitamins and drink water.” Former college basketball coach Bobby Knight, who somehow wandered into the offices of the National Geospatial-Intelligence Agency back in 2015, was accused of groping four employees of the spy agency. Gonorrhea is becoming harder to treat with antibiotics. LaVar Ball shot back at Joel Embiid, saying that people who use cuss words like the 76ers center “don’t have no intellect”; Ball added that he had “three words for him: Can’t. Play. At. All,” which is actually four words.