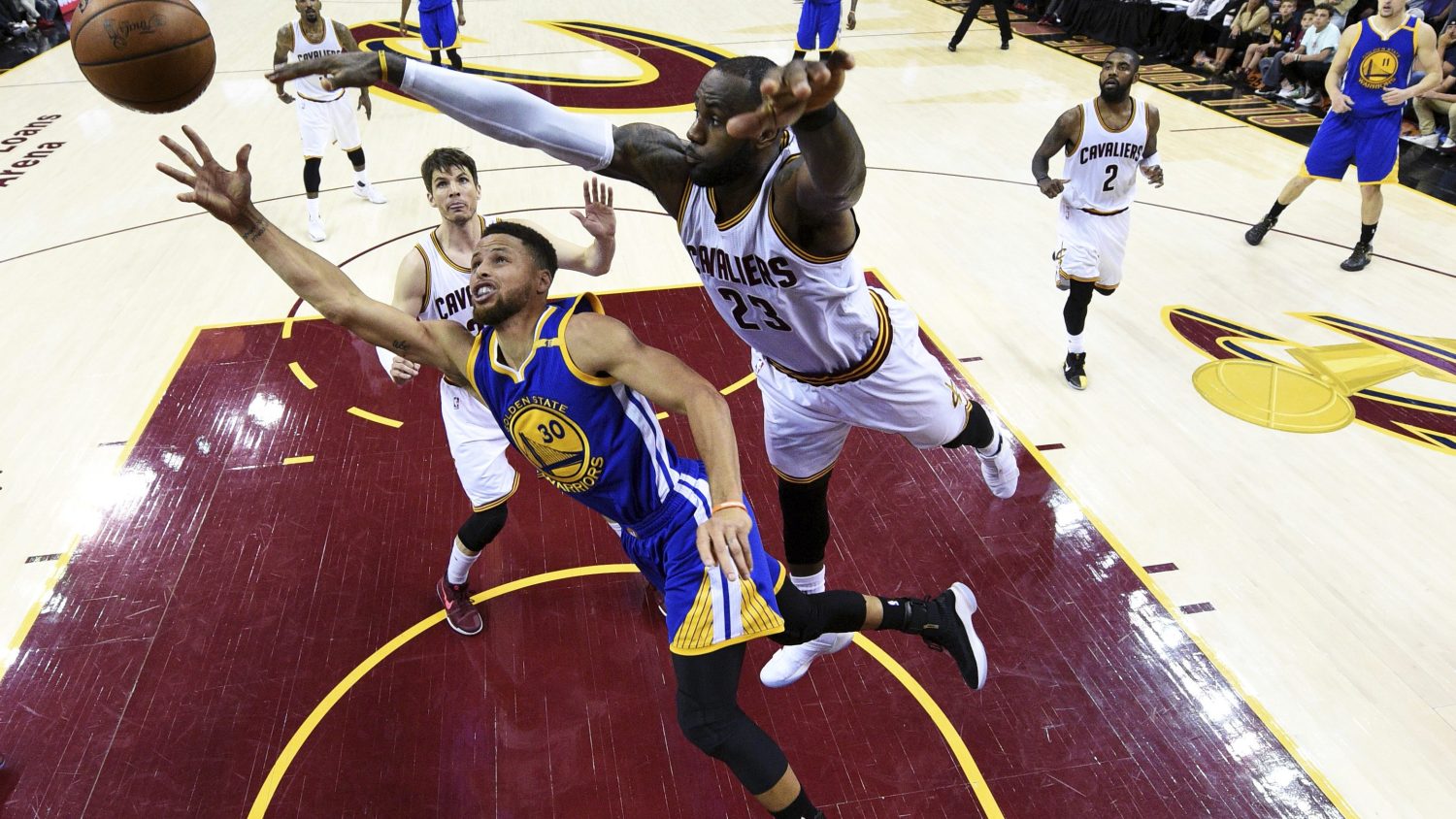 Warriors, poised for sweep, know there is more work to do

CLEVELAND — With tears welling in her eyes and emotions still high, Wanda Durant thanked former NBA player Paul Pierce in the hallway outside the Golden State Warriors’ locker room for saying her NBA Finals Game 3-saving son, Kevin Durant, was the best player in the league.

Pierce, whose nickname is “The Truth,” said: “I told the truth.”

Shortly after and nearby, Mary Babers-Green, Warriors forward Draymond Green’s mother, sported a Warriors jacket and twice yelled the popular hook from rapper Fat Joe: “Nothing can stop us, we all the way up!”

Warriors guard Stephen Curry’s wife, parents, sister and agent and members of Warriors ownership were all aglow after their team moved one win away from a championship after defeating the Cleveland Cavaliers, 118-113, on Wednesday night. While the championship party appeared to start early outside the locker room, inside the Warriors players verbalized a different, one-game-at-a-time mentality as one more triumph in the best-of-seven series is needed to bring home the bling.

“We’ve got one more game. This thing is not over,” Green told The Undefeated. “Don’t get all excited. At the end of the day, we came here to win the game. We won a game. We’re a great team. We expect to come win.

“We’ve got another game to win, period. That was the message. That was everyone.”

Considering the turn of events in this instant classic on the Quicken Loans Arena floor, it’s stunning the Warriors are in position to sweep LeBron James, Kyrie Irving and the reigning NBA champion Cavaliers in Game 4 here on Friday.

Golden State won the first two games of these Finals by an average of 21.5 points per game. The Warriors have not lost since April 10 in the regular season against the Utah Jazz and entered Game 3 riding a 14-game winning streak.

Back at home, Cleveland seemed to regain its power as it held a 113-109 lead with 1:24 remaining, with James and Irving stepping up to combine for 77 points.

Durant brought the Warriors within two points, 113-111, with a 13-foot pull-up jumper with 1:13 remaining. With 52.5 seconds left, James threw a fastball to Cavaliers sharpshooter Kyle Korver for a 3-pointer, but it didn’t fall. Unfazed by the stakes, Durant followed with the biggest 3-pointer of his career atop the key to give the Warriors the lead, 114-113, with 45.3 seconds left.

“It was a good time,” said Durant, who had 31 points. “It was 45 seconds to go, we were down two. If I miss, we could have got another stop, but glad I was able to knock that down. I just tried to stay disciplined in my shot, hold my follow-through, and it went in.”

Said Irving: “K.D. comes down, hits a big 3, puts them up one, ‘iso’ on the wing. I’ll probably be playing that for a while. … It definitely hurts.”

Just a block away from the Jack Cleveland Casino, Irving gambled and lost when he attempted a difficult step-back 3-pointer with 26.5 seconds left and the Cavs down just a point. Irving missed all seven 3-pointers he attempted on the night. The Warriors followed with a pair of free throws by Durant, an outstanding shot block from Andre Iguodala on an errant James 3-point attempt and two free throws by Curry to seal it with 9.6 seconds left.

“It was as loud as I’ve ever heard it in there when they were up late,” Curry said. “Then there was a meteoric shift. That’s crazy. Never a doubt, right?”

Said Green: “I could hear myself talk after Steph made those two free throws.”

If the Warriors sweep to win their second NBA championship in three years, the storylines will be aplenty.

With all the challenges of this season in mind, could Green imagine the emotions the Warriors would have if they swept these Finals?

“The emotions will be high. You have to be ready to go and locked in.”

Keep in mind that the hoops superhero James is on the Cavaliers’ roster. With last season’s blown 3-1 lead haunting the Warriors and the greatness of James as a reminder, the 2015 NBA champions know they’d better have the right fight, focus and teamwork to bring the trophy back to Oakland, California, after four games.

“We’ve put ourselves in position to close this thing,” Green said. “Let’s not come out and give a game away and think, ‘We’re coming back home. We’re fine.’ Let’s end this thing and come out with the mindset of closing this thing out and doing it right.

“Not coming out, turning the ball over 20 times. Let’s have a low turnover game with our brand of basketball and do this thing the right way.”