We finally have answers about Michael Jordan and ‘Republicans buy sneakers, too’

In ‘The Last Dance,’ MJ explains his views about politics and activism during his playing days

es, he really said it.

In the ESPN documentary The Last Dance, Michael Jordan finally and unapologetically acknowledged saying “Republicans buy sneakers, too,” calling it an “off the cuff” joke to his Chicago Bulls teammates. “I don’t think that statement needs to be corrected, because I said it in jest on a bus,” Jordan said.

Jordan also described why he steered clear of politics and black advocacy during his playing career, which began in 1984 and made him one of the most popular people on the planet by the time he won his sixth championship in 1998. “I never thought of myself as an activist. I thought of myself as a basketball player,” he said. “I wasn’t a politician. I was playing my sport. I was focused on my craft.

“Was that selfish? Probably,” Jordan said. “But that was my energy.”

The quote has bedeviled Jordan over the past 25 years, used to accuse him of being a heartless capitalist who valued money over black advocacy. As recently as 2016, Jordan’s spokeswoman denied that he said it. Now that Jordan has explained his thinking and has become a billionaire brand in full, we can fully assess the saga of “Republicans buy sneakers, too” and its impact on his legacy.

The quote arose from the 1990 U.S. Senate race in North Carolina, Jordan’s home state, where he won an NCAA championship with the flagship state university. Harvey Gantt, a black Democrat, sought to unseat the incumbent white Republican, Jesse Helms. Choosing from Helms’ long list of racist transgressions is like selecting the best Detroit Pistons foul on Jordan, but here are two flagrants: Helms called the 1964 Civil Rights Act “the single most dangerous piece of legislation ever introduced in the Congress,” and antagonized Carol Moseley Braun, the first female African American senator, by singing “Dixie” to her in an elevator. Gantt lost to Helms by about 100,000 votes, 53% to 47%.

Gantt told me that as he crisscrossed North Carolina that year, somebody in his campaign reached out to Jordan for an endorsement. Jordan said in the documentary that he heard about the request when “my mother asked me to do a PSA for Harvey Gantt. I said, ‘Look, mom, I’m not speaking out of pocket about someone I don’t know. But I will send a contribution to support him,’ which is what I did.”

Gantt said he was not bothered when Jordan didn’t endorse him, and remained a fan. “It’s been blown way out of proportion,” said Gantt, 77, who in 1963 was the first black student to enroll at Clemson University and served two terms as the first black mayor of Charlotte, North Carolina.

“They make it sound almost as if had he endorsed my campaign, we would have won. We don’t know that,” Gantt said. “I don’t hold it against him.”

During that 1990 campaign, Jordan was 27 years old, a scoring supernova still trying to outmuscle the Pistons and win his first NBA championship. He had not yet become a global phenomenon by headlining the Olympic “Dream Team” or starring in 1996’s Space Jam movie. But Jordan was in the process of setting a new standard for brand endorsements by an athlete, especially a black one. To break that commercial barrier, Jordan didn’t run from his blackness like football star O.J. Simpson, who was white America’s black friend in the 1970s. But by avoiding controversial topics like race, Jordan maintained a neutral image that helped him transcend selling Nikes, Gatorade, McDonald’s, Chevrolet and Hanes, and become the Jordan Brand itself, which generated revenue of more than $3 billion in the most recent fiscal year.

“The reason that comment has taken on a life of its own is because Mike’s actions support such a statement, whether he said it in jest or not. … He was his brand, and his brand was success, at the highest level.” — University of Southern California professor Todd Boyd

Jordan’s reluctance to endorse Gantt did not become widely known until 1995, when Jordan was a three-time champion returning to the NBA from his baseball hiatus. That’s when Chicago Tribune beat reporter Sam Smith, in his book The Second Coming, wrote about the incident. Smith wrote that Jordan said he wasn’t into politics, didn’t know the issues – “And, as he later told a friend, ‘Republicans buy shoes, too.’ ”

In parts of black America, the quote felt like a gut punch. For almost 100 years, many all-time great black athletes had advocated for racial equality, from Jack Johnson and his “unforgivable blackness” through Jackie Robinson, Bill Russell, Jim Brown, Muhammad Ali, Arthur Ashe and Kareem Abdul-Jabbar. At that time in the 1990s, when the “first black president” was still a white man, racial advocacy seemed like part of our unspoken compact with the greatest black athletes. It may have been unfair, since white athletes are almost never asked about their responsibility for discrimination or structural racism. It may have been unwise, since speed and strength do not equate to eloquence and insight. But like the nod black strangers exchange in white neighborhoods, it was expected.

“Jordan got colored by that 1990 incident. To some extent it may have haunted him,” Gantt said. “I thought it was just somebody making a choice, in more ways than one … he probably didn’t even recognize the gravity of what he was saying.”

As “Republicans buy sneakers, too” was quoted over and over in major newspapers and books, the vague nature of Smith’s “told a friend” attribution led some to question whether Jordan really said it. Smith implied he heard the quote himself in his 2014 book, There Is No Next: NBA Legends on the Legacy of Michael Jordan. Then, in a column in April for NBA.com, Smith wrote that Jordan said the quote directly to him, as a verbal joust in the locker room. Smith declined my request to address the discrepancy between his recollection and Jordan’s, or why he did not say sooner that he heard the quote himself.

Asked why Jordan had previously denied saying the quote, his spokeswoman, Estee Portnoy, said it had been said in jest, and had been used to imply Jordan approved of Helms. Portnoy said Jordan “didn’t feel comfortable using his athletic fame to wade into a political contest. At the time, he was purely focused on being a basketball player. MJ is beyond generous philanthropically, and after basketball he has supported political candidates.”

Joke or not, in a locker room or on a bus, the quote still speaks volumes.

“There’s an old saying that a lot of truth is said in jest,” said University of Southern California professor Todd Boyd, a leading scholar on race, basketball and popular culture.

“The reason that comment has taken on a life of its own is because Mike’s actions support such a statement, whether he said it in jest or not,” Boyd told me. “He was not known for being political. He was not known for speaking about racial issues one way or the other. He was his brand, and his brand was success, at the highest level.”

That’s what Jordan said in the documentary, with a burdened expression on his face: “It’s never going to be enough for everybody, I know that, because everybody has a preconceived idea of what I should do and what I shouldn’t do.”

Some hope that Jordan realizes he missed an opportunity to stand against such a notorious bigot as Helms. “You would have wanted to see Michael push harder on that,” former President Barack Obama said in The Last Dance. When Jordan told his mother he didn’t know enough about Gantt to publicly support him, it was a dodge often used by famous people to avoid difficult positions. “That sounds like an excuse,” Boyd said. “Even if you don’t know anything about Harvey Gantt, you grew up in North Carolina. I’m pretty sure you know about Jesse Helms.”

Politics is not the only way to change the world, or sometimes the most effective. Jordan understood that. While that understanding may have been convenient for his bank account, it was still true. He chose not to take sides.

From Booker T. Washington and W.E.B. Du Bois to Martin Luther King Jr. and Malcolm X to Jordan and Jim Brown, there have always been parallel paths to black progress. Shots have always been fired between those with warring points of view, and Jordan has taken plenty. “He took commerce over conscience. It’s unfortunate for him, but he’s got to live with it,” Abdul-Jabbar told NPR in 2015. Said Brown to Sports Illustrated in 2002: “Money has changed today’s black athletes. Those who have the ability as African men to bring a change in a community that so desperately needs it are concentrating only on their own careers, some charities and how much money they can make.”

Obama may have a deeper understanding than anyone of Jordan’s dilemma.

“Any African American in this society that sees significant success has an added burden,” he said in the film. “And a lot of times, America is very quick to embrace a Michael Jordan, or an Oprah Winfrey, or a Barack Obama, so long as it’s understood you don’t get too controversial around broader issues of social justice.”

As Jordan played out his magnificent career, brought millions of fans and billions of dollars to the NBA, then made the unprecedented leap from athlete to franchise owner, he remained uncontroversial – but not uninvolved.

Gantt said that when he ran against Helms a second time in 1996, Jordan hosted a fundraiser at his Chicago restaurant. Campaign finance records show Jordan made donations to Gantt’s 1996 campaign and to numerous Democratic Party groups through 2012. (The Federal Elections Commission database doesn’t show any contributions for Gantt’s 1990 race.) In 2000, Jordan did a video endorsing Bill Bradley for president in the Democratic primary. In 2012, he hosted a $20,000-per-person Obama fundraiser. He has gotten scores of black executives hired and promoted at Nike, Jordan Brand, his Charlotte Hornets franchise and his other businesses. He gave $5 million as a founding donor of the National Museum of African American History and Culture. When President Donald Trump went after LeBron James, Jordan said, “I support L.J.”

In 2016, Jordan spoke on the Black Lives Matter movement in a column for The Undefeated that announced donations of $1 million to both the NAACP Legal Defense and Educational Fund and the Institute for Community-Police Relations. “I can no longer stay silent,” Jordan said. 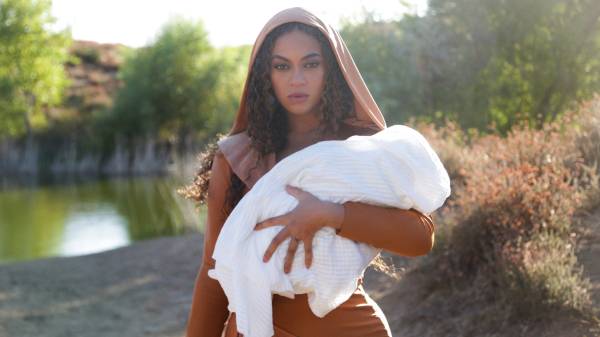 “Maybe he has recognized that he does want a more active involvement, that he has a huge microphone he may need to use strategically or otherwise to say things that can influence people,” Gantt said. “I don’t know that his microphone was as big back then as it is today. You’re talking about someone who’s a GOAT. In 1990, he was not.”

In 2020, the biggest debate over the greatest of all time pits Jordan against James, who has made racial justice a centerpiece of his brand. While James has been much more of a racial and political activist than Jordan, wearing a Trayvon Martin hoodie, endorsing Hillary Clinton and calling Trump a bum, James is not possible without Jordan. James’ economic freedom was won by Jordan. James’ leverage over NBA owners, his global reach, his billion-dollar lifetime Nike contract – all that stands upon the unprecedented success of Michael Jordan.

He created it game by game, sneaker by sneaker, fan by fan. A lot of those fans were Republicans, too.