Woods is coming back to the PGA as a human, not a symbol of his father’s or golf’s hopes and dreams

The father spoke glowingly about his son to anyone who would listen. Once, at an awards dinner in honor of his son, the father issued a bold claim — or, under most circumstances, an asinine boast.

“My heart fills with so much joy when I realize that this young man is going to be able to help so many people,” the father said. “He will transcend this game and bring the world a humanitarianism which has never been known before. The world will be a better place to live in by virtue of his existence and his presence.”

His son would “do more than any other man in history to change the course of humanity.” Limiting the absurdity of such a prediction strictly to sports, that would be more than Arthur Ashe or Jackie Robinson or Jesse Owens. More than Muhammad Ali. The father’s logic (to stretch the definition of the word) was that the son was “more charismatic, more educated and more prepared for this than anyone.”

“He is the Chosen One,” the father said, anointing the son who he also said would have more of an impact upon the world than Nelson Mandela.

This father isn’t LaVar Ball. His son Lonzo had not yet been conceived when these statements were made. These words uttered in 1996 are the vocal property of one Earl Woods, father of Eldrick Tont Woods or, as first his father and then fame named him — simply Tiger.

Earl Woods was many things at many times. He was a philanderer and, at times, an opportunist. But he loved his son deeply and passionately and believed absolutely in the once-in-a-lifetime talent his son carried on his shoulders. It’s an impossible question to answer, but worthwhile to ponder. Much like Kanye West and his late mother, is so much of Woods’ rudderless time in the past few years toiling between mediocrity, irrelevancy and frustration because his father and his absolute faith is gone?

That Woods is not as socially transformative as Ali is as expected as the rising of the sun. That’s just a wild boast into the wind (even if you believe it). It also does not seem possible in this time space continuum that he will eclipse Mandela’s legacy. He is not the Chosen One. And yet.

Woods did try. In the 21 years since those words were uttered, Woods changed the entire culture of golf. There is very little beyond the rules of play left unchanged in his wake. He became a tour de force, the most dominant player of his generation. There is such a thing as Tiger-Proofing and a Tiger Effect. Only Sam Snead has more tournament victories than Woods’ 79 victories, and his attack on Jack Nicklaus’ majors record was thrilling to watch. His father has died — its own complex story. Then Nov. 27, 2009, happened. The fire hydrant crash and all the revelations of all the infidelities obliterated his idealized image. Injuries ground his career to a halt. Then in May, his mug shot from a DUI arrest became as synonymous with his life story as the red polo on Sunday. And yet.

Here we are, as Tiger, almost 42 years old, a father himself, a ghost of the player he once was, embarks on another “return” to competitive golf. And he is still the most captivating name in the sport by a country mile. Tiger is why the 18-man Hero World Challenge is on TV. He’s why, as the 1,180th-ranked golfer in the world, he commands more attention than the 1,179 in front of him combined.

If only the son, in so many ways, hadn’t tried to live up to the prophecy his father set forth for him as if they were the Eleventh, Twelfth and Thirteenth Commandments. If only Woods had known that his father was wrong twice more in that benediction that could also double as a curse. There is no education or preparation for the burden he assumed.

Golf knows it needs Woods back more than Woods needs golf. Young stars such as Rory McIlroy, Jordan Spieth and current world No. 1 Dustin Johnson, immensely talented and superstar golfers in their own regard, have failed to move the needle. There is no post-Tiger plan.

His dominance reverberated around pop culture in a way the game could have never imagined (or desired) for the better part of a decade — portrayed by Sean “Puffy” Combs” in The Notorious B.I.G.’s “Mo Money, Mo Problems” music video and the subject of legendary Chris Rock and Dave Chappelle bits. Not after his statistical tyranny over golf made Babe Ruth’s stats look trivial, even now a decade after injuries and scandal exiled him. And surely not after his game assured him a spot on golf’s Mount Rushmore.

Oh, and Woods unquestionably dominated America’s most segregated sport. Jim Crow didn’t fully perish. It continued to live in country clubs when it could no longer legally claim residency at buses, lunch counters and water fountains. Woods reigned in a sport that drew much of its identity from its exclusion, snobbery, socioeconomic status and walled-off fairways.

When asked about golf’s history with racism in 1990, a 14-year-old Woods’ answer was telling, cognizant of the world around him and perhaps more prophetic than anything Earl Woods envisioned.

“Every time I go to a major country club I can always feel [racism]. Always sense it. People always staring at me. ‘What are you doing here? You shouldn’t be here.’ When I go to Texas or Florida you always feel it,” he said. “They say, ‘What are you doing here? You’re not supposed to be here.’ And that’s probably because that’s where all the slavery was.” But in his very next statement, there was Earl Woods’ optimism, his aim-for-the-stars mentality shining through in his son. Woods recognized his power. “Since I’m black, it might be even bigger than Jack Nicklaus. I might be even bigger than him. I may be like a sort of Michael Jordan in golf.”

Diversity was an issue in golf long before Woods. That, not even he could change. Nor should that responsibility have sat so squarely on his shoulders.

Golf failed to expand its reach when it had the biggest phenomenon in sports on all the TVs, winning all the trophies and making it look good too.

The game will never see another Tiger Woods. That rare combination of irresistible force and immovable object that shook the game up forever and once made it almost cool. That so-rare combination of power, grace and infinite marketability. But every run has an end, and Woods’ is nearer than any of us would like to admit, even with the excitement of his return to competitive golf.

He returns to golf as a human, not a symbol. He’s a 41-year-old man, not the 26-year-old phenom. That Tiger is dead. At this point, he’s playing for two goals. He mentioned one Tuesday during the Hero World Challenge news conference. He wants his kids to see how good he was, not just through word of mouth and YouTube videos. That their dad was once a pillar of precision and skill in a sport that demands laserlike focus even on bad days. The other one — and this is a hunch, and he’d never admit it anyway — is to go out like Peyton or Kobe. Woods likely won’t eclipse Nicklaus’ record of 18 major championships, but a 15th would be the nightcap on a career that’s seen meteoric highs and soul-crushing lows.

Throughout Woods’ decade of course destruction, it was never his job to recruit people of color to play more competitive golf. To get the kids, who years earlier would have only been allowed to be caddies, and turn them into the stars of tomorrow. Woods was a window, not a door. Symbolically, he did lead people of color to take up golf in ways they hadn’t in the decade. Diversifying the sport fell in golf’s lap. But here we are, nearly 21 years after Woods became a household name at the Masters, and golf has shown minimal progress in the area. In 2011, Joseph Bramlett became the first player of African-American descent to make the PGA Tour since Woods in 1997.

Much remains the same on the LPGA Tour too. Founded in 1950, only eight black women have played the tour. Althea Gibson and Renee Powell were the first two, Cheyenne Woods (Tiger’s niece) came in 2015, and this year there is Mariah Stackhouse. Many black female golfers at historically black colleges and universities (HBCUs) are up against a lack of avenues to improve their games as programs are slashed. No black woman has ever won an LPGA title. 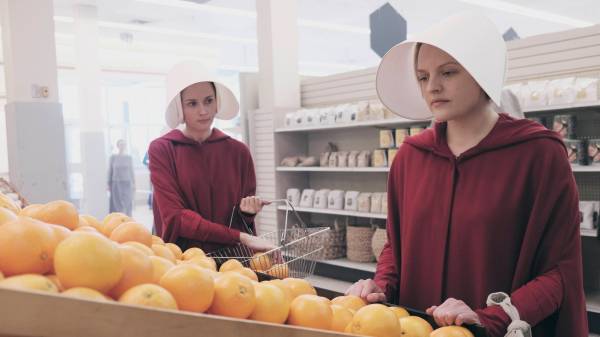 But beyond the pristine beaches of the Bahamas and the competitive but fraternal bond of the Hero World Challenge, one unsettling question and one certainty looms.

Question: If this is really the beginning of the end of maybe the greatest golfer to ever live, was it all worth it?

Fact: A chunk of this is on Tiger, a chunk on Earl. The great majority, however, falls on golf and how it chose to capitalize on Woods’ glory years and ignore the diversity of the sport long term — determined to keep their chosen one. Woods may still owe a debt to the people closest to him. Golf and all who love it, though, owe him.