NBA players showed what collective action can do

Last August, the Milwaukee Bucks protested the shooting of Jacob Blake by refusing to play an NBA playoff game against the Orlando Magic. The Bucks’ dramatic and spontaneous action spurred a leaguewide protest. The players explained they had been pushed to the brink. The power behind the message was clear: If there are no players, there is no game.

With its latest head coach hiring cycle, the NFL has pushed Black players and African Americans connected to the league close to the edge. For the second year in a row, pending the outcome of the Houston Texans’ search, no African Americans were hired as NFL head coaches. In three previous coaching replacement cycles before this year, 20 coaches were hired, just one of them Black.

In the past the absence of Black hires has been met with handwringing, apologies and calls for meetings. But the time for talk and handwringing is coming to an end. Franchise quarterback Deshaun Watson wants out of Houston and has even threatened to sit out the season rather than play for the organization.

“We are unfortunately at a point where the only way we get their attention is some type of disruption,” said Rod Graves, executive director of the Fritz Pollard Alliance that champions diversity in the NFL and has often collaborated with the league to achieve its goals.

“That disruption has got to come from either the players and/or sponsors. People have to be willing to ask the question, why or why not. What are you doing about it?” He added, “What typically happens across corporate America is that when you have issues like this, people tend to throw money at it. We’ve got to be able to turn and face owners and decision-makers and ask the questions: Why aren’t we seeing more diversity of leadership?”

The NFL is a microcosm of the United States. There is growing enlightenment but also pockets of resistance to diversity, and an embrace of white supremacy. Two weeks ago, we witnessed a mostly white, pro-Donald Trump mob attack the U.S. Capitol. The image that struck me was that of a white man standing with a Confederate flag outside the Senate. It occurred to me during the latest hiring cycle that some NFL executives and team owners for whom they work have planted invisible Confederate flags within their organizations.

Despite calls for teams to hire qualified Black candidates, the organizations seemed to proclaim, with defiance, that the NFL is a white man’s league. African Americans have been allowed to play, some even allowed to work within the organization, but control and power rest in white hands.

Some have made the argument that the attitude among NFL owners comes more from arrogance than racism. Their attitude: “This is my team, and I’m not going to allow people to come in and tell me how to run it.”

That may be, but for me the owners’ attitude was expressed by Bob McNair, the Texans’ owner who said in 2017, “We can’t have the inmates running the prison.” McNair was responding to the rash of on-field player protests inspired by Colin Kaepernick kneeling for the national anthem in 2016.

He could just as easily been describing the owners’ resistance to hiring Black head coaches and executives. In any event, many team owners live in an alternate universe in which they abandon the hiring practices that have made them billionaires. In regular business affairs, all that matters is hiring those who can do the job. Period. A less-than-stellar presentation in a formal interview? Who cares? Can you do the job?

It occurred to me during the latest hiring cycle that some NFL executives and team owners for whom they work have planted invisible Confederate flags within their organizations.

We know that Buffalo Bills defensive coordinator Leslie Frazier is a great coach. We know that former NFL head coaches such as Jim Caldwell, Hue Jackson and Marvin Lewis are outstanding coaches who should be in the league.

“It’s really a travesty, and it’s not just in the way of job opportunities,” Graves said. “It’s money. We don’t have money thrown at us like they do when they get these type of jobs, so we got a lot of work to do.”

Despite the slap in the face during the latest hiring cycle, some positives came out of it. More African Americans were interviewed and the interview process seemed more thorough. The owners, for the most part, seemed to learn more about the candidates than in previous years. However, the results speak for themselves.

“At the end of the day, when it came down to making the final decision, they went with what they felt comfortable with,” Graves said. “And that’s the broader issue we’ve got to overcome.”

I pointed out that two African Americans were hired as general managers: Martin Mayhew with Washington and Brad Holmes in Detroit. Washington also has a Black man as team president, Jason Wright.

Graves was less than impressed. “It’s nice to be able to say that we picked up two jobs as general managers, but in the long run what we really need to do is improve the rate of gain over a period of time.”

Slogans mean nothing without action

During the last two years, “social responsibility” has become a pet phrase of sports leagues and corporations. The phrase, when used by these corporate entities, means nothing to me.

Sports leagues and corporations have embraced the language and symbolism of social responsibility. Letting athletes scribble slogans on their shoes, putting Black Lives Matter slogans in the end zone, allowing players to kneel, in some cases coaches and executives kneeling with them. But real power and control never shifts. The conversation has to shift from responsibility to performance. “We need to usher in now the conversation about social performance,” Graves said. “We’ve got to move that conversation to what are we willing to do if they’re not accountable.”

To that end, current Black athletes must become more engaged in the struggle for more hiring. The reason the NBA players’ playoff protest got the attention of the league and its sponsors was that it potentially impacted the bottom line.

“We can only expect change when we begin to communicate with owners on terms that they understand,” Graves said. 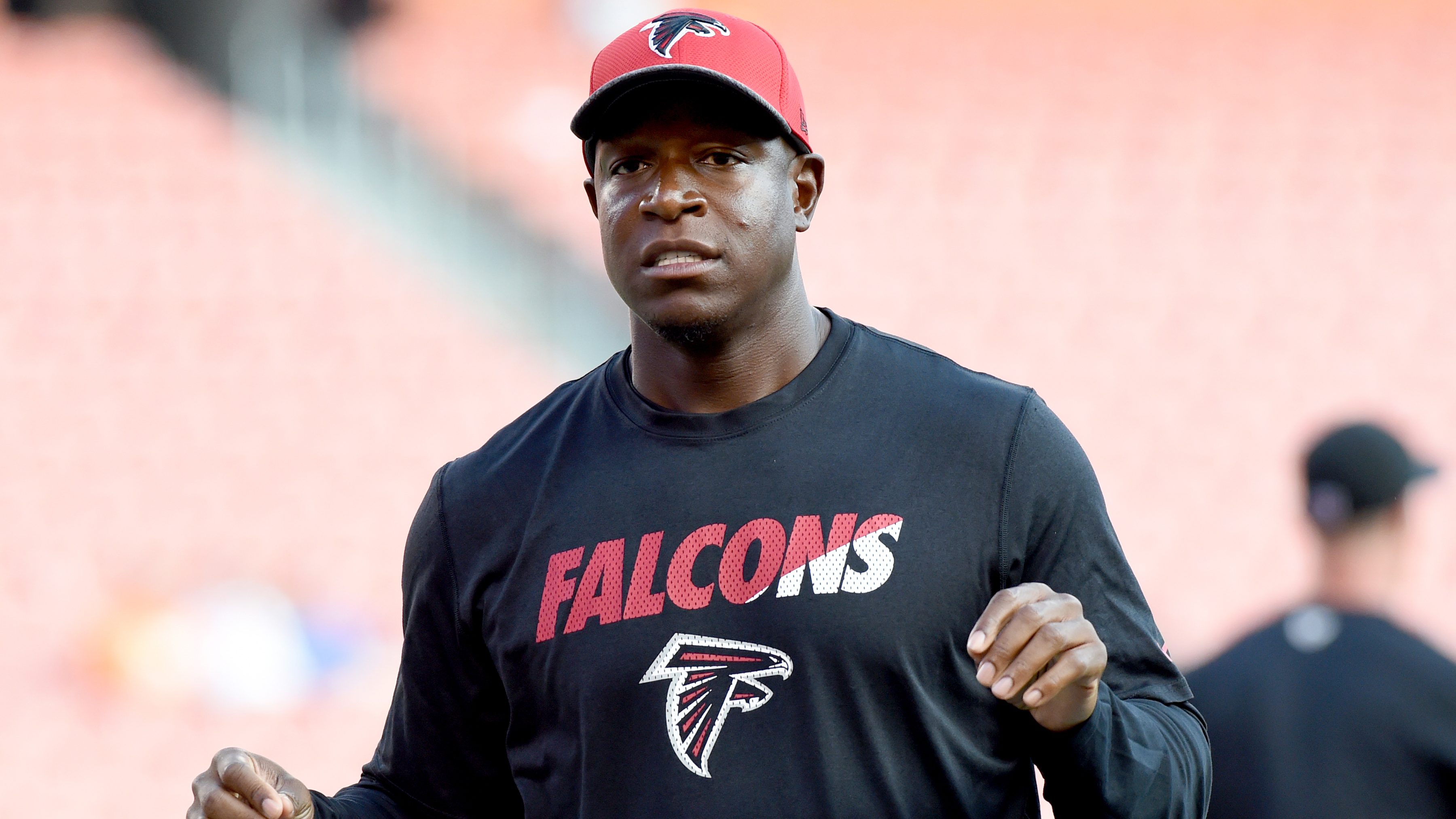 Unlike their predecessors, young African American athletes have shown they have an appetite for taking on political struggles. They will take them on without waiting for their players associations to give them permission. Witness the Bucks.

Since the 2012 shooting death of Trayvon Martin, there has been an increasing willingness of Black athletes to join the ongoing struggle for racial justice. The true struggle will begin when they look at hiring practices within their own industry.

“Our players today are more apt to embrace that as a consequence and an important social element, more so than predecessors,” Graves said. “These kids today don’t mind asking ‘why?’ or ‘why not?’ They’re bolder. They’ve got a little bit more sense of taking action.”

They are more likely to see a connection between the extensive pool of potential Black coaches and front-office talent and NFL teams’ reluctance to hire that talent.

More than 70% of the NFL’s players are African American, and the ratio has been like that for at least three decades. “They look and say that 70% of us are out on the field and we can’t get an opportunity to get into coaching or front offices,” Graves said. “I think they’ll ask the question why is that so. They will take an interest in this simply because they feel like it’s not right, that there should be more opportunities for them and for others.”

Under the leadership of its executive director DeMaurice Smith, the National Football League Players Association has failed to mobilize players around social issues and the hiring of African Americans by the league. That has to change.

“If we go into 2021 expecting that we’re going to keep doing what we’ve been doing, that to me is a tactical mistake. We’ve got to find a way to disrupt the current model to bring attention to the progress that needs to be made in this area.”

The time has now come for more forceful tactics — from players and league sponsors. For all the talk about fair play and affording opportunity, the only thing teams understand is that which will affect the bottom line.

Graves became executive director of the Fritz Pollard Alliance in 2019, after spending years as a scout and an executive in the NFL with Chicago and Arizona.

In the past, the alliance concentrated considerable effort into bringing the issue of opportunity to the public’s attention. A partnership between the alliance, the NFL and Pittsburgh Steelers owner Dan Rooney resulted in the creation of the Rooney Rule. Adopted in 2002, the rule required teams to interview minority candidates before making head-coaching hires.

The time has now come for more forceful tactics — from players and league sponsors. For all the talk about fair play and affording opportunity, the only thing teams understand is that which will affect the bottom line.

Graves quoted Frederick Douglass. “If there is no struggle, there is no progress.” There will be progress. Twenty years from now, there will be more Black head coaches and more Black front-office executives. This will not happen without disruption and pressure from players and NFL partners. How do you make billionaire team owners say ouch?

“Those are questions that we’ll have to ask,” Graves said. “But one thing for sure is that we can’t continue to do the same things we’ve been doing because we’re not making the kind of progress we need to make.”