LOS ANGELES — On Sunday, the NBA announced the suspensions for Brandon Ingram, Rajon Rondo and Chris Paul for their involvement in the Staples Center scuffle that snatched the spotlight from LeBron James’ home debut with the Los Angeles Lakers on Saturday night.

The reaction around the league was that the penalties could have been much worse.

Carmelo Anthony, who was suspended 15 games in December 2006 for throwing a punch in a game, said he was happy for Paul but surprised the punishments were not harsher.

“I was like, cool, after all of that he’s back in two games,” Anthony told The Undefeated. “I’m sure he thought it was going to be more. I think he thought there would be more — Rondo, Ingram, all of them involved in it. I’m actually surprised [Paul] got two.”

And an Eastern Conference team executive added that the punishment would not dissuade players from fighting again. “Players will be more willing to throw hands for three games. It’s not a deterrent,” the executive said.

Could it have been in the long-term interest of the league to make the punishments harsher?

“Anytime we do anything like this, we judge each one from the past,” VanDeWeghe said. “The good news is we don’t have too many of these. The NBA doesn’t have this type of stuff too often, so there aren’t a lot of comparables here. But we obviously realize that missing multiple games was very costly to their teams, very costly to them financially.

“It’s important that we judge each on their own merit, but we have to judge each one and deter players. This says quite clearly you can’t fight, you can’t throw a punch. And if it lands, it is going to be multiple games.”

Perhaps the reason the NBA does not have a lot of comparables is that fear was put into players after fights in the 2000s.

One of the greatest black eyes in NBA history was the “Malice in the Palace” on Nov. 19, 2004, when the Indiana Pacers fought Detroit Pistons players and fans at the Palace of Auburn Hills, Michigan. The NBA suspended nine players for 146 games. Ron Artest, now known as Metta World Peace, lost nearly $5 million in salary after being suspended 73 regular-season games and 13 playoff games. Stephen Jackson and Jermaine O’Neal of the Pacers were suspended 30 and 15 games, respectively.

Then-NBA commissioner David Stern made a strong statement by issuing such lengthy suspensions. The Pacers had a legitimate chance to compete for an NBA title that season, but the incident destroyed those dreams.

Ironically, VanDeWeghe was the general manager of that Nuggets team in 2006. The former NBA forward said the incident was different from Saturday’s Lakers-Rockets fight because it had spilled into the stands. “A dangerous situation for a lot of reasons,” VanDeWeghe told reporters in a conference call.

Another reason some expected the NBA to be harsher with the Rockets-Lakers suspensions was that the fight ruined a prime-time game and James’ first home game in Los Angeles.

Did you know James had 24 points, five rebounds and five assists in his Staples Center debut? Probably not. The biggest talk regarding James was whether it was appropriate for him to grab Paul, his close friend, to calm him down during the fight instead of grabbing his own teammate.

The Rockets-Lakers game drew a 2.5 rating, the highest-rated game since the Golden State Warriors won their record 73rd regular-season game of the 2015-16 season in April 2016. But instead of watching James attempt a comeback win, fans saw punches typically reserved for pay-per-view. Meanwhile, boxing legend Floyd Mayweather Jr. enjoyed it all with a smile courtside.

According to ESPN.com’s Bobby Marks, Paul will lose $491,782 in salary before returning to action Friday against the visiting Los Angeles Clippers. Rondo will lose $186,207 in salary, while Ingram will lose $158,816.

Paul already began his suspension by sitting out the Rockets’ 115-111 loss on Sunday to his former team, the Clippers.

“[Paul] apologized to the team,” Rockets coach Mike D’Antoni said before Sunday’s loss. “He didn’t want it to happen. In the heat of the moment, somebody does that, that’s tough. I don’t know what they expected him to do. If you want to suspend him one, I get it just to make a statement. When you talk monetarily, he’s paying [the price] three or four times [more than] the other guys are for missing games.” 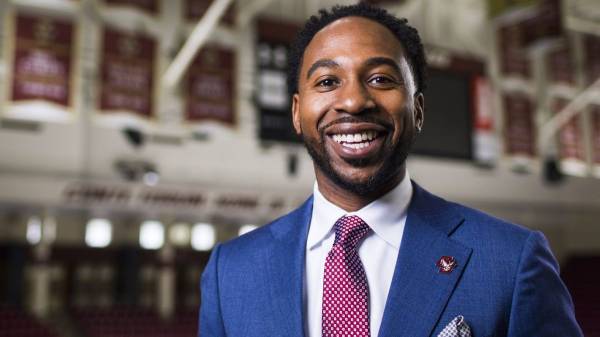 The NBA is in a tough spot where decisions on suspensions for fighting will never make everyone happy.

“We didn’t much sleep [Saturday] night,” VanDeWeghe told The Undefeated. “These things are important and delicate. You try to have the right balance and the right tone. You spend a lot of time on these things. But these are for the players and teams to send a message that fighting is not acceptable. It doesn’t happen often, but it is not acceptable.”

But the question remains: Will NBA players get the message? Or did the millionaire ballers find the Rockets-Lakers punishment laughable and worth the risk?