LaVar at it again 🤦‍♂️ pic.twitter.com/qwSvZsWTU7

Um… did Gordon Hayward leave a child behind in Utah? pic.twitter.com/KF7xjudzX0

this is a very niche take but thanos kinda looks like tom cable pic.twitter.com/15C3RP7L5w 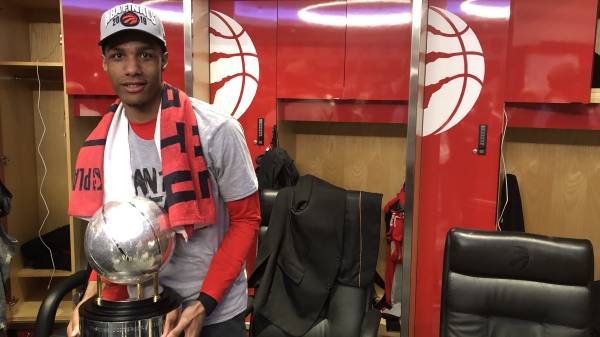 Never forget how amazing he was in his prime. pic.twitter.com/NHKa5v7RhW

🔥 @JoeFreshgoods is a legend in the game. Get to know the man behind the swag as we go behind-the-scenes with him at @FatTigerWorks. pic.twitter.com/6WxCE5IKT3

On Nov. 30, 1952, Brooklyn Dodgers second baseman Jackie Robinson accused the New York Yankees of racism. While speaking on a local TV show, Robinson called out the franchise for failing to sign black ballplayers from the minor leagues. Though the Yankees denied the allegation, the team didn’t call up its first black player until catcher/left fielder Elston Howard joined the team in 1955, eight years after Robinson broke major league baseball’s color barrier when he debuted for the Dodgers. The same year a black player finally received an opportunity to play in pinstripes, the Dodgers beat the Yankees 4-3 in the 1955 World Series.

Titans WR Rishard Matthews will use Week 13's My Cause My Cleats campaign to support Colin Kaepernick. (via rishardmatthews/IG) pic.twitter.com/Ufk80Kjys3