Nashville Predators defenseman P.K. Subban scored his first goal of the Stanley Cup playoffs and had two assists to lead his team to a 4-3 win over the St. Louis Blues on Wednesday night.

Teammate Vernon Fiddler found the back of the net with 5:05 remaining to give Nashville a 1-0 series lead in the Western Conference second round.

P.K. Subban is the first defenseman in Predators history to have 3 points in a playoff game. pic.twitter.com/nDitSXG6NF

PK Subban now has more goals in the second round than the entire Montreal Canadiens team. Incredible. #StanleyCup

"It's not about big contracts. It's not about individual awards. It's about winning the #StanleyCup."
–@PredsNHL defenseman PK Subban pic.twitter.com/A73jrwDqMf

Today in 1995 Friday opens in theaters

"Clawd have mercy. The Lord is my shepherd. He know what I want. Scuse me brother"

Viola Davis on why she’s telling her daughter to stop apologizing: “We need to step into our power.”

This 11-year-old noticed there were no books about African-American culture at his school, so he started a book club.

Man, I heard Apple was making a car… I wonder if it'll have Windows… pic.twitter.com/TPIMIzgcEi 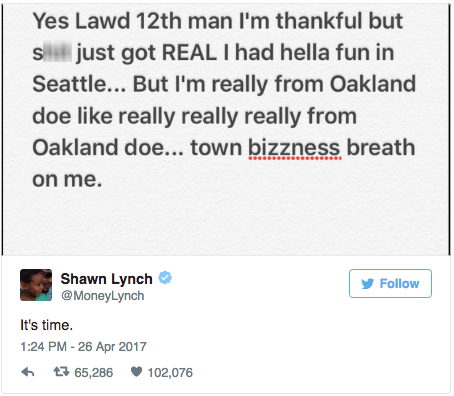 This year marks the 25th anniversary of the #LARiots that erupted April 29, 1992. Join us as we reflect on this historic moment. #LA92 pic.twitter.com/FrRUTwpxa5

This Story Tagged: NHL What Had Happened Was P.K. Subban Nashville Predators