With 1 minute and 40 seconds left, none of it mattered. It didn’t matter that the Oklahoma City Thunder couldn’t buy a bucket from deep all game (they’d finish 7-for-27 from 3-point range). It didn’t matter that for much of the contest Andre Roberson and Steven Adams had more shot attempts than Kevin Durant. And it didn’t matter that Stephen Curry was pin-balling around the court, back to hitting impossible, delightful shots. Hell, it didn’t even matter that after looking like a beast much of the series, Adams played for just 26 minutes while Durant and Westbrook played nearly double that number.

None of it was important because Durant was blistering the Golden State Warriors for seven straight points and the Thunder, though they had no business doing so, were threatening to snatch the game, only down by four points. And then … Steph.

On the very next possession, Curry pulled the okeydoke after noticing Serge Ibaka’s hand was caught in between Curry and the ball, so he rose up for the 3-point attempt. Foul. The game ended on that play for all intents and purposes, but that didn’t mean a dagger wasn’t still coming. Watch as Curry demoralizes the Thunder by dribbling like a madman and then he pulls out the shiv — WITH TIME TO SPARE!

THERE WERE TEN SECONDS LEFT ON THE SHOT CLOCK https://t.co/ADPMEfjdT0

Durant is going to get scorched for months and months after his team blew this series lead (and that’s largely deserved, slim reaper), but today should be about celebrating this ridiculous Warriors team. Draymond Green said when his team was down 3-1 that “if anyone can do this, we can,” and damn if he wasn’t right. We just witnessed history.

In the second quarter when Green and Adams got locked in arms while battling for a rebound, it reminded just about everyone of wrestler Jake “The Snake” Roberts’ old finishing move: the DDT. No, seriously:

When Shaun Livingston came into the NBA as a 19-year-old in 2004, he was dope. The fact that he has been so electric and important for the Warriors now after one of the most gruesome injuries imaginable (google it at your own peril) is really something else. It’s special. Salute.

And they said the curse was not real " The BasedGod" has never lied to me and like he told us.. The Warriors are going to the finals – Lil B

With the Thunder losing a 3-1 series lead to the Golden State Warriors in such heartbreaking fashion, we see another year of the Based God Curse taking effect.

(*Starts doing the cooking dance to avoid being cursed by association*)

Yes, the Based God Curse exists. Like the Curse of the Bambino and whatever is going on in Cleveland … we have the evidence.

KEVIN DURANT WILL NEVER WIN THE TITLE AFTER HE SAID "LIL B" IS A WACK RAPPER,

One more time for the culture pic.twitter.com/TZB6IcVCbc

Just play Lil B in one-on-one, fam. You don’t even have to win the game. It hurts watching a great star be cursed by one of the greatest rappers to ever live. For more on the Based God Curse, ask James Harden.

"Boy If You Don't Get On That Damn Phone & Apologize To The Based God…" pic.twitter.com/Ky3HR5pxnF

True Dion Waiters story from his Cuse days: he considered his game a combo of Kobe and Dwayne Wade so he had teammates call him Kobe Wade.

DION CALLED FOR THE BALL pic.twitter.com/oz9pwgbYsp

In the midst of Game 7, the History Channel rolled out the reboot of Roots. The two-hour special was informative, riveting and intense. Here’s our own Soraya Nadia McDonald’s readers’ guide. She re-watched the 1977 version, read the book and can break down all of the little nuances. 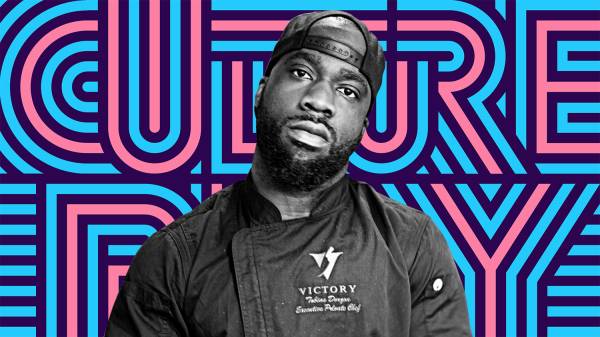 Skillful, effective storytelling means high production values, sublimely-paced plotting, detailed character development, honest acting and clear, realistic writing and dialogue. These components serve to make most any story compelling and engaging. But when the story is about slavery — and in this case, American slavery — everything is that much more horrific and stomach-churning.