After hitting a two-run home run at the top of the second inning of Tuesday night’s game against the Cleveland Indians, Los Angeles Dodgers outfielder Yasiel Puig gave fans at Cleveland’s Progressive Field a special hand gesture as he made his way around the bags and to the Dodgers’ dugout.

The long ball was sent into right-center field, giving Los Angeles a 2-0 lead, and then Puig threw up the double middle finger on his way to celebrating with his teammates. It has yet to become clear who the gesture was intended for.

This has been a quiet season for Puig, who was sent down to the minors last season after the club unsuccessfully moved him at the trade deadline. This season, the Cuban native has hit .239 with 33 RBIs and 10 HRs, including Tuesday night’s two-run dinger.

Willow smith for Chanel, She is literally on another level pic.twitter.com/1qojzBGlaE

Oprah is throwing a #WonderWoman party for a bunch of ten year olds today and I love it so much pic.twitter.com/QO5I4ZPELY

What you need to know about Wakanda before opening night of Black Panther.

Brienne Minor became the first black woman to win an NCAA singles tennis title and she didn’t even realize it.

“I will never run for public office.” Oprah Winfrey puts those presidential run rumors to rest.

The Lubbock Wendy's vs Pure Water battle is the highlight of my summer honestly. pic.twitter.com/xiNeiOI6UU

So being a playa from the Himalayas really means you're a woman 📝📝 https://t.co/qOToJlj37Q

So in the Himalayas it's a common practice for women to have multiple husbands 🙇🏾‍♀️ pic.twitter.com/pCY2P6ZVOX 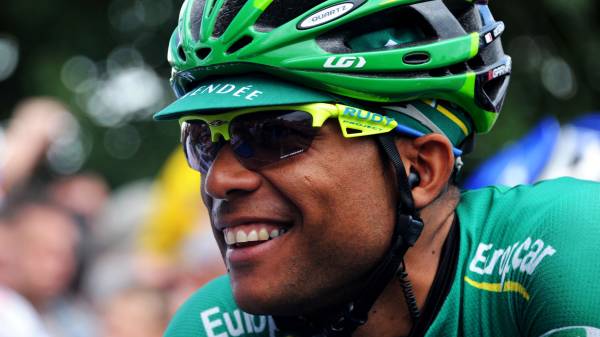 Y'all mad at KD but you switched majors cause the classes were too hard for you. pic.twitter.com/TzYG0LzRVa

#OTD 50 years ago, LDF founder Thurgood Marshall was nominated to #SCOTUS by LBJ to fill the seat of retiring Justice Thomas Clark pic.twitter.com/kvgDc8KsFI