The opening game of the BIG3, a 3-on-3 basketball league co-founded by rapper Ice Cube, got off to a hot start on Sunday night.

Games are played to 60 points, with teams having to win by two, and each game includes a 14-second shot clock.

Rashard Lewis with a walk off free throw to take the first game of the @thebig3 League. pic.twitter.com/huZxMdvVvS

Rashard Lewis just had a walk-off and-one in the @BIG3's first game, capped off by trash-talking Ricky Davis.

Adam Jones told everyone how racist baseball fans are (in 2017) and now he's wearing black diamonds in outfield. pic.twitter.com/ntAp9Mnuj8

A Texas man accused of burning down a mosque and Islamic community center has been charged with a federal hate crime.

1. SO WHAT HAD HAPPENED WAS 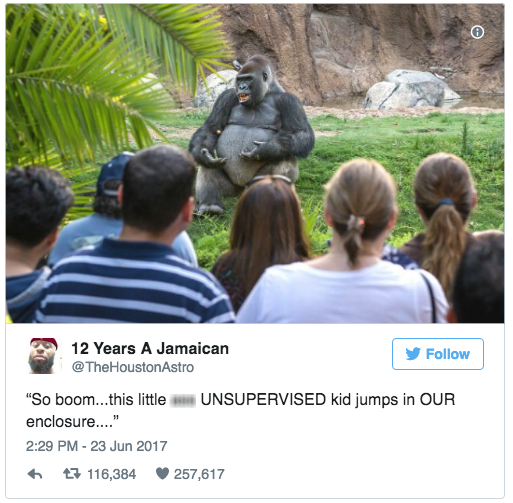 Me when my mama pulled up and I wasn't supposed to be outside https://t.co/tNQ8bWzh0o