If you happen to be unfamiliar with Mike Weber Jr., you should know that he’s a freshman running back on a loaded Ohio State University football team. On Wednesday, Ohio State running backs coach Tony Alford called Weber’s parents to deliver the good news: Their son had been named the starter.

The parents of starting running back @mikeweberjr got a pretty great phone call today 👌 pic.twitter.com/CiTKmMwUSs

ok, as a PARENT? That just made me tear up and have chills. I was squealing along w mom. CONGRATS Mike!!! 💪

No, YOU'RE CRYING! Shut up! https://t.co/PzzbuBxHx0

Nike surprised tennis great Serena Williams with an amazing commercial called Unlimited Greatness, with different quotes from people who have been inspired by her.

Got a surprise from my @Nike family and am still at a loss for words. Thank you! https://t.co/ylE7mzOVTn

What was yours, though? How embarrassing?

True embarrassment is when you remember what your first AIM screen name was.

My first e-mail/AIM name was soccerspi3@aol because I loved soccer & Spice Girls but didn't allow me to fit spice 😑 https://t.co/VJKC9FSFi4

JJ Redick gets me.

A teen who was arrested earlier this year for being a fake doctor has been arrested again.

BuzzFeed found the military veteran who started #VeteransForKaepernick. Here’s what inspired the hashtag.

The 101-year story of how the National Museum of African American History and Culture came to be.

Why does Wal-Mart get its worst Yelp reviews in black and Latino neighborhoods?

It’s 2016 and this is what people of color in Harrison, Arkansas, are forced to see on a daily basis.

The Banana Boat fraternity has recruited its first pledgehttps://t.co/SeFIChFM3r pic.twitter.com/3OflrtvlZu

2. MAYBE HE TOOK SOMETHING?

LEGO made a life-sized version of Big Papi out of 34,510 blocks (via @darrenrovell): https://t.co/V1OiAD0dU3 pic.twitter.com/7y51cHMlYE 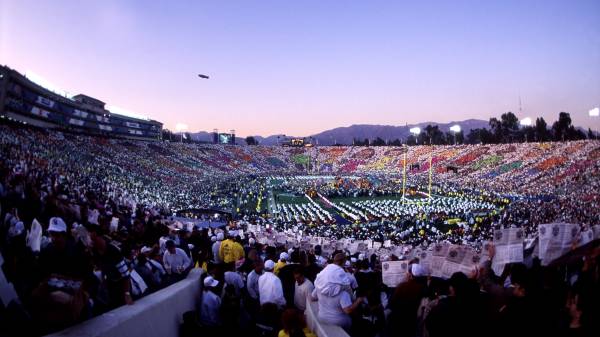 Our friend J.A. Adande wrote about a poignant portrait of American excellence, sprinkled with #BlackGirlMagic — how one photo of Olympic hurdlers Brianna Rollins, Nia Ali and Kristi Castlin celebrating at the Summer Olympics takes an even deeper meaning post-Colin Kaepernick:

It serves as a rebuttal, not directly to NFL quarterback Colin Kaepernick’s stance on the national anthem but rather to the notion that there are only singular approaches to progress. Two extremes can exist, both sides can be right. Rollins, Ali and Castlin weren’t ignorant of the issues that preclude Kaepernick from standing at attention for the flag. They chose to celebrate it anyway. To be fully aware of all the country’s shortcomings and unfulfilled promises and still embrace the flag requires an extra amount of love. It deserves bonus patriot points. To see three African-American women so delighted to represent this country isn’t just a snapshot, it’s a lesson. It teaches us the power of forgiveness. It gives us hope. It reminds us that while America is the country that didn’t acknowledge the full humanity of black people in its Constitution and denied women the right to vote until 1920, it’s also the country that sent Dr. Mae Jemison into space and made Michelle Obama the first lady of the United States. The great promise of America is that the potential for greatness for every member of this society exists. In the moment of this picture, it’s realized.

I hope this pic stays with u 2day. Everybody is going thru something. YOUR simple gesture could make a difference. pic.twitter.com/jEM7lSUuik

This Story Tagged: What Had Happened Was Serena Williams Mike Weber