What a weekend, fam. Texas gave Notre Dame that work — 50-47 in double overtime! — with not one, but two different dominant quarterbacks. Georgia running back Nick Chubb looks all the way back and more after 222 rushing yards and two touchdowns. And No. 1 Alabama even cruised to a 52-6 smackdown of Southern California.

This must be the DirecTV Deondre Francois

Deondre Francois proved he was worthy of the advanced billing in a comeback win over Ole Miss. https://t.co/Ltya66ta0Y

Just press play, and let your ears be blessed by the smooth melodies.

me and my sister stopped at the fudgery to get some pretzels and this is what happened.. pic.twitter.com/cLs7PImLhW

Bonus: Olympic gymnast Laurie Hernandez throwing like a damn boss out here. Look at the concentration.

What should have been one of the happiest weekends for Ana Ebanks quickly turned into one of the worst for the Honduran immigrant. Ebanks was a public defender in her native Honduras, but fled out of fear for her life. She came to Washington, D.C., with her degree in law, but took a job working for Aramark dining services at American University.

For the last 10 years, she has worked at a job she is highly overqualified for, taking classes to learn English, with the hope of practicing law again. This year, she was awarded a full scholarship to American’s master of law program. But over the Labor Day weekend, she was fired from her job because she missed a whopping 40 minutes due to her classes.

Ebanks’ trials and tribulations were written about by the The Washington Post in 2010, and Huffington Post contributor Carlos Mark Vera is the one who brought renewed attention to her story this weekend, creating the hashtag #Justice4Ana. (Note: Although Ebanks was fired from her job, American’s campus newspaper The Eagle reports she is still enrolled in the law program.)

.@Aramark are u ever going to treat ur workers right? Firing Ana bcuz she got a fullride to law school? #justice4Ana pic.twitter.com/hIuyc8hMFH

She worked for @Aramark for 10 years. Got a full ride to law school. Fired for missing 40 min. of work. Hell. No. https://t.co/ahRcKrEhgB

Take a listen to this woman’s play-by-play surrounding a man who was tackled and arrested after trying to steal from a Rite Aid.

The St. John’s University student shot and killed at the J’Ouvert Caribbean festival in Brooklyn, New York, over the weekend dreamt of becoming an accountant.

2. NO STOPPING THE FLOCKING

*no flocking by Kodak black comes on in public*
friend 1: Don't do it…
friend 2: plea-
me:pic.twitter.com/b7wVJ9AzJw

S/o to Benny for making this shot and getting the entire lecture an automatic 100 on our first ochem quiz pic.twitter.com/nmYJ34DjdM

More than any other man or woman in history. pic.twitter.com/KGtQFomdoI 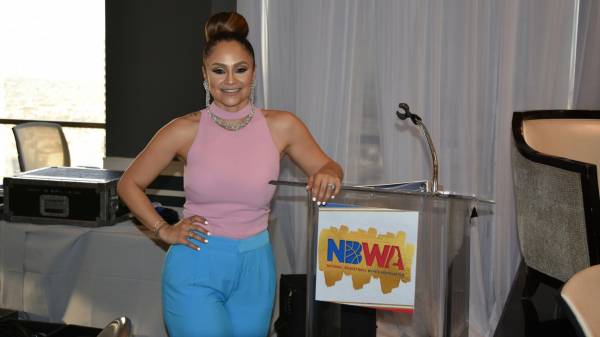 Serena's face after hitting a ball into the crowd is hilarious https://t.co/wwT9Mb85bg

Serena Williams has been dominant in her 2016 US Open campaign so far. pic.twitter.com/ibgEvyeMYb