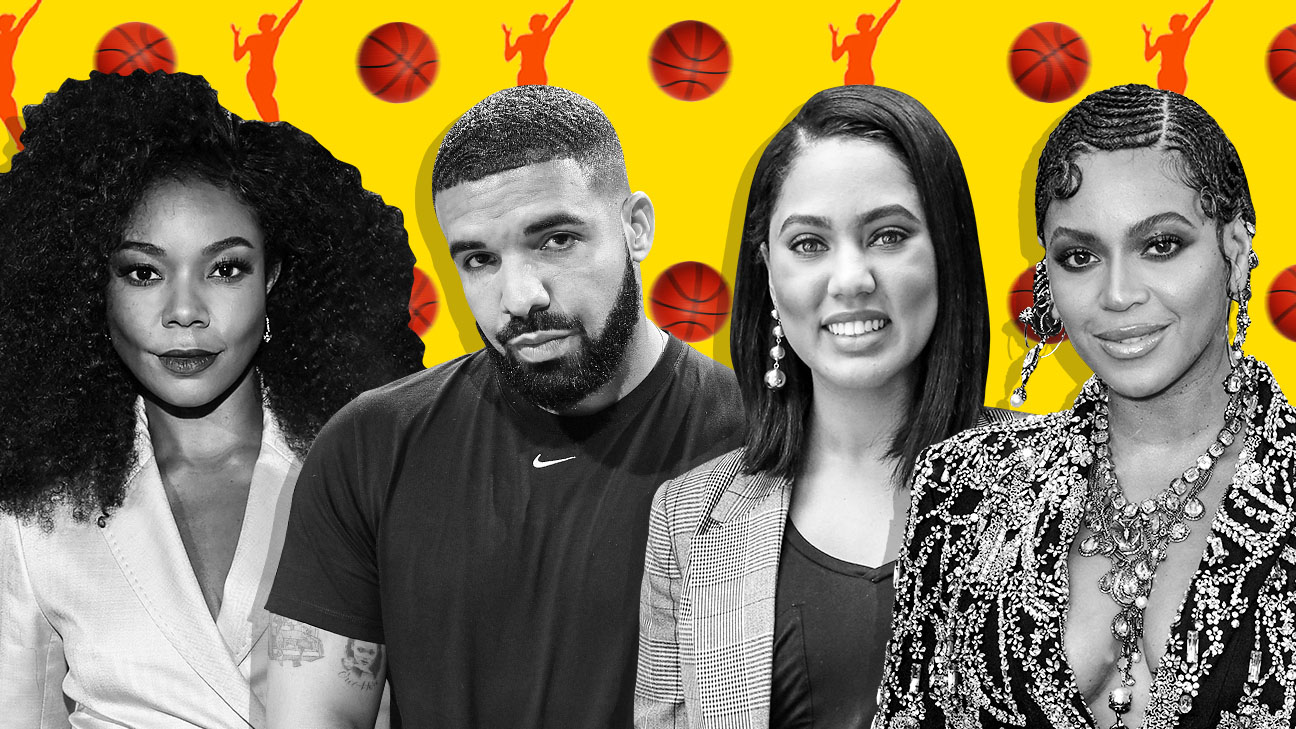 From left to right: What if Gabrielle Union, Drake, Ayesha Curry and Beyoncé bought into the WNBA?
WNBA

What if Beyoncé, Gabrielle Union and Drake could expand the WNBA?

The best talent in women’s basketball has begun to descend on the Las Vegas Strip for this weekend’s WNBA All-Star Game festivities. While the city will serve as a backdrop for the long-awaited return of the skills competition and the league’s new guard in the absence of many veteran stars, it will also be the soundboard for discussions around topics such as league health, the upcoming collective bargaining agreement negotiation and, most likely, league expansion.

With just 144 spots available in the 12-team league, the WNBA is one of the hardest professional sports leagues in the world for an athlete to crack. Oftentimes when teams finalize their rosters in late May, some conference player of the year or Final Four hero is left off: e.g., Megan Gustafson, the 2019 Naismith College Player of the Year, was cut by the Dallas Wings two days before the season began. More often than not, the reaction among WNBA fans and media alike leans toward the idea of league expansion.

As a whole, the WNBA is trending upward, with increased media coverage showcasing the league’s wealth of talent to a steadily increasing audience. The league saw a June year-over-year viewership increase of 39% on ESPN2, according to Sports Media Watch, its best start since 2013. The league also recently announced a deal to air WNBA games on three major sports networks in Canada.

But of course, owners can’t simply buy a new franchise — the league needs to be in an expansive state of mind. The last time the WNBA approved a bid to add an expansion team was in 2008, when businessman Ron Terwilliger reportedly paid $10 million to start the Atlanta Dream.

Currently, the WNBA has no intention of expanding. In response to a current bid being constructed by a group to bring basketball to Toronto, a WNBA representative told Sportsnet in June that “the league’s main focus right now is the overall health and competitiveness of our existing 12 teams.” New league commissioner Cathy Engelbert, a former CEO of Deloitte, echoed those statements earlier this month, stating that her priorities as she transitions into her role is to strengthen the league’s current teams before they “seriously consider expanding.”

Within the topic of expansion also lies another opportunity for the WNBA: cultural buy-in. While the league has done a better job attracting younger audiences recently, one could argue it’s still missing a sense of cultural co-sign.

That’s where we come in. While the W may not have any interest in league expansion, we do. We’ve assembled a list of six “entrepreneurs” who we believe can help usher in the next wave of the WNBA. We’re not saying these celebs would own these franchises outright, but having a partial stake in a new team, serving as a celebrity face of the franchise, seems feasible for these high-powered stars. Each celebrity has a specific connection to the city, and each city — from the South to the coasts, and even one outside the U.S. — has been in the conversation as a potential expansion destination.

Jay-Z once partially owned the Nets in his hometown of Brooklyn, New York, and her father, Mathew Knowles, has a partial stake in the Chicago Sky (along with former Destiny’s Child member Michelle Williams!), so Beyoncé owning a team in Houston would be a passing of the baton. We know she’s a fan of the sport. She’s graced NBA sidelines for years and was the most talked-about courtside celebrity of the 2019 NBA Finals. When it comes to the idea of Beyoncé owning a WNBA franchise, all the stars (or should we say comets) are in alignment. Beyoncé is from Houston, which at the inception of the league was home to the WNBA’s first dynasty, the Houston Comets. From 1997 to 2000, the Comets won the league’s first four championships and showcased WNBA legends Sheryl Swoopes, Tina Thompson and Cynthia Cooper.

Beyoncé plus the resurgence of a Houston franchise. Now that’s a Homecoming.

If anyone should own a WNBA franchise in Miami, it’s Gabrielle Union. Miami had a WNBA team in 2000, but it folded in 2002 — one year before Union’s husband, Miami Heat legend Dwyane Wade, arrived and ignited the entire city, eventually winning three NBA championships in 15 seasons with the Heat. Union, of course, is a former hooper herself — the self-proclaimed Draymond Green of her high school basketball team. 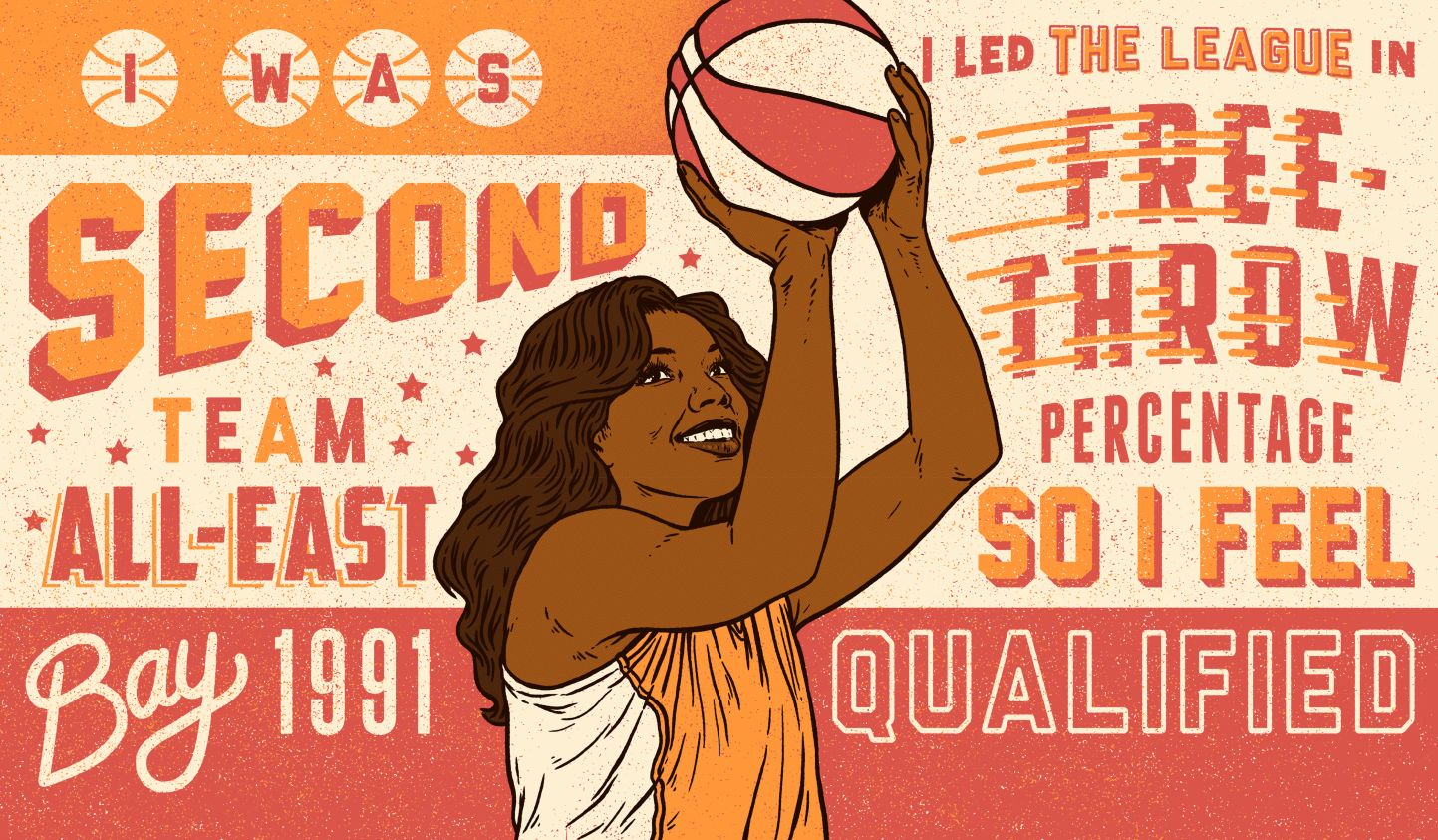 With Wade’s recent retirement from the NBA, it’s Union’s turn to take over the 305. Union has been one of the biggest celebrity supporters of the WNBA and has been seen courtside with Wade at Los Angeles Sparks games, even dancing with the team in the locker room after a home win in 2017.

What better place for the WNBA to have its first international franchise than in a city where interest in the sport is at its peak? And if there’s any doubt about the interest in women’s basketball in The Six, a group was recently formed in Toronto in an attempt to launch a bid to bring a WNBA team to the city. I know, I know — the thought of having to deal with Drake’s antics all summer besides the NBA season (back-to-back, if you will) is an idea many may not embrace, but hear me out. We saw what the Raptors’ 2019 run did not just for Toronto but for the entire country of Canada.

Why Drake? Why not? Drake has proved to be an instrumental asset and ambassador for the Raptors. What he brings, besides his sideline amusement, is his likeness as a symbol of pop culture, which can draw a demographic that the WNBA has desperately tried to attract but has had varying success in attaining. Last year, he even did a shout-out to Las Vegas Aces center Liz Cambage in his verse on Travis Scott’s “Sicko Mode.”

Cue the GIF of Drake clapping.

If there is one place where the idea of WNBA expansion feels inevitable, it’s the Bay Area. The NBA’s Warriors have been the most talked-about team in basketball for the past half-decade, and even before bandwagoners hopped into the Golden State winner’s circle, the Bay Area still showed out. Perspective: The attendance for the 2008-09 Warriors, who won 29 games and finished 10th in the Western Conference, averaged under 1,000 fans fewer than the 2017-18 team that featured four All-Stars and won its second straight NBA championship.

With the Warriors moving to a new arena in San Francisco next season, it marks a prime opportunity to introduce the WNBA to the Bay Area. Who better to usher in the new franchise than the Currys, who are virtually royalty in the region? Ayesha Curry is in the process of establishing her own empire, particularly in the culinary field. Her husband, Stephen Curry, has also already shown he’s a champion of the women’s game. He hosted a basketball camp in the Bay Area last summer for 200 girls aiming to begin to shift perspectives on the women’s game, which holds a profound importance for him.

Out of a potential conflict of interest, however, Stephen Curry probably wouldn’t be able to own a WNBA team as an active player. All good, Ayesha’s got it.

Some insight into what kind of owner Robin Roberts, anchor of Good Morning America on ABC, would be: At the 2017 NCAA Women’s Final Four, Roberts was in the stands in Dallas as her team, the Mississippi State Bulldogs, pulled off the biggest upset in women’s basketball by defeating UConn at the buzzer in overtime to advance to the championship game. After the game, Roberts was in the locker room congratulating the team on the win. As a public figure who says good morning to the entire country every day of the week, Roberts becoming an owner of a WNBA team could introduce a new demographic to the league. She’s a former collegiate hooper for Southeastern Louisiana University, where she finished her career as one of the school’s all-time leading scorers and rebounders (she averaged 27.6 points her senior year!). Roberts covered the pioneers of the WNBA as a broadcaster for ESPN and was the studio host for the NCAA Women’s Final Four. In 2012, Roberts was elected to the Women’s Basketball Hall of Fame for her impact on the women’s game.

The WNBA has just two teams in the South, Atlanta and Dallas, and the region is home to some of the best collegiate programs in the country. Mississippi State has advanced to the Sweet 16 each of the past four seasons, including two national championship game appearances; South Carolina won the national championship in 2017; and Tennessee has produced several WNBA legends, such as Chamique Holdsclaw, Candace Parker, Tamika Catchings and Kara Lawson. Roberts grew up in Mississippi and lived in Nashville, Tennessee. Either of those cities would suffice.

The WNBA has teams all along the Northeast, including the Washington Mystics, the New York Liberty and the Connecticut Sun. Might Philadelphia be next? We’ve seen how The Process has electrified 76ers fans in recent years, making the city a possible destination to satisfy Philly basketball fans’ desire for year-round basketball. Who better to court the city’s first WNBA franchise than the Fresh Prince? Will Smith and Jada Pinkett Smith have been minority owners of the Sixers since 2011. Their personal brands in combination with a WNBA franchise would mesh perfectly. While we’re at it, let’s make their son Jaden Smith’s JUST Water the official water of the soon-to-be franchise.

Will and Jada bringing the WNBA to Philly — we’d love to see it.