What’s next for the Basketball Africa League?

After a successful inaugural season, BAL president Amadou Fall is feeling positive about the future

While Egypt’s Zamalek celebrated on a stage as the 2021 Basketball Africa League champions, guard Walter Hodge held his Hakeem Olajuwon Award trophy up high and spoke of the promising future of the new league.

“This is the first time that this league is here,” Hodge said on May 30 in Kigali, Rwanda, “and it’s going to be here for a long time.”

Those words from Hodge had to be music to the ears of BAL president Amadou Fall, who presented the MVP trophy. Fall has been at the forefront of the long, trying process to get the league started.

Fall announced the arrival of the BAL on Feb. 16, 2019. The initial expectation was that the inaugural season would include 12 teams from across the continent with games taking place in seven African cities beginning on March 13, 2020. But the coronavirus pandemic altered those plans. The season finally got underway on May 16 with 12 teams playing all games in Kigali.

The BAL included health and safety protocols for every team traveling to Rwanda, based on guidance from the World Health Organization and the Africa Centres for Disease Control and Prevention. Fall said two teams had difficult travel plans because the airports in their countries were not open. Every team was quarantined upon arrival. They also received advice from public health officials and medical experts on hand, including NBA vice president and medical doctor Leroy Sims. 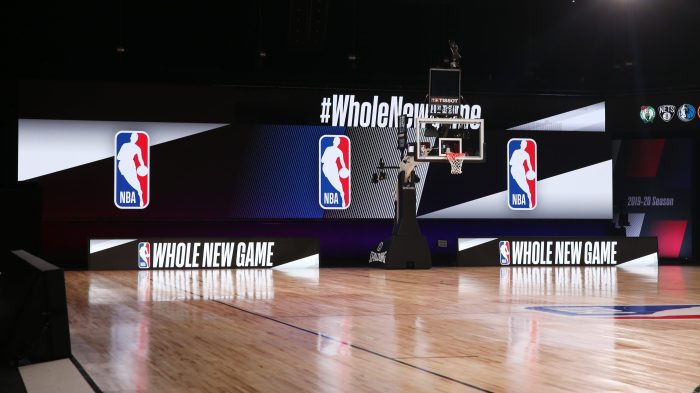 “Obviously, having the opportunity to do something that’s never been done before and especially in a pandemic, there’s a lot of anticipation and it took efforts from really the entire NBA family,” Fall told The Undefeated. “Incredible jobs were done here in Rwanda with the conditions that allow us to implement a very stringent COVID protocol. We were focused on making sure we finished strong. And our goal was to have a successful and safe event, where everybody goes home and just have some safety of everyone involved. And we’ve had some really competitive basketball too. We have reasons to really be superpositive.”

From the first game between the Patriots BBC (Rwanda) and the Rivers Hoopers (Nigeria) on May 16 to Zamalek’s 76-63 championship game win over US Monastir (Tunisia), the BAL had a lot to be proud of in its first season. The talent taking part in the league, mostly players from Africa, was respectable. The BAL also received buzz before its debut because rapper J. Cole was playing for the Patriots BBC in the inaugural game.

Fall described the two-week tournament, which was aired in 215 countries in 15 languages, as “extremely exciting.” The only thing missing was a packed house. Spectators’ presence was limited due to the pandemic. But Fall said local hotels were booked for the championship game. 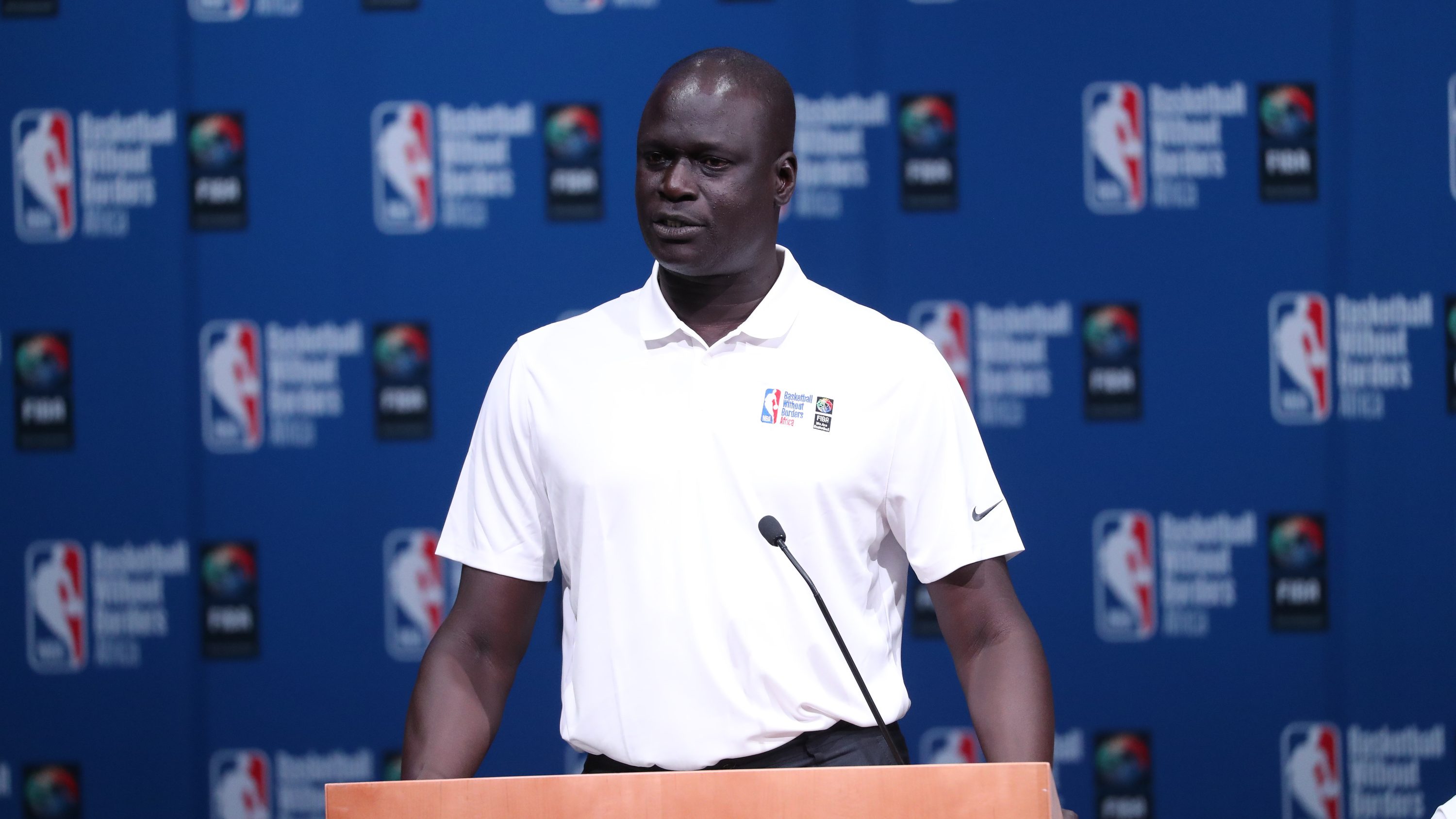 “The biggest triumph? Maybe it was just making it to reality,” Fall said. “Just a long time coming and just being the culmination of many decades of work and engagement by the NBA across the continent, committed to growing the game. And now, it has established a complete pathway for basketball development from grassroots to elites and just league.”

The BAL had an NBA feel to it with in-game emcees and DJs playing hip-hop. Dallas Mavericks DJ Ivy Awino enjoyed being a part of the inaugural season.

“It feels surreal to have been a part of the first season of the BAL,” said Awino, a native of Kenya. “For me, it’s ultrapersonal. I’m an example of what this league will do for so many others. It has indeed inspired, empowered and elevated me in a myriad of ways and will do so for many generations to come.”

The BAL’s hope is that young Africans will be inspired to not only fall in love with the game of basketball, but want to be a part of it in some capacity in the future.

Zamalek head coach Agusti Julbe said he told his team before the BAL title game that they received many messages of support from fans excited about the opportunity.

“We impacted a lot of young guys,” Hodge said. “A lot of kids send you messages on Instagram and stuff. We bring basketball wherever you go. But at the same time, you’re impacting kids. For me, it is amazing to be in Egypt and playing in this tournament, too. I came here for a purpose and this purpose is done.”

Fall raved about the addition of Hodge just as much as any other BAL player in the league, which included former NBA guard Ben Uzoh from the Rivers Hoopers. Hodge earned MVP honors after averaging 15.5 points, 5.7 assists and 5.0 rebounds while leading Zamalek to a 6-0 record. The former University of Florida star had played professionally in Puerto Rico, Poland, Spain, Russia, Italy, France and Lebanon before signing with US Monastir in 2020.

For the BAL’s inaugural season, Hodge opted to sign with Zamalek over Monastir.

“Before I made the decision to go to Egypt or Monastir, I talked to my pastor, who told me, ‘You have to go to Egypt because you’re going to do something special, but I don’t know what it is.’ Now I have a championship,” Hodge said.

Zamalek’s Anas Osama Mahmoud was named the Dikembe Mutombo BAL Defensive Player of the Year after averaging 6.7 rebounds and 2.8 blocks. US Monastir’s Makrem Ben Romdhane received the Manute Bol Sportsmanship Award for “exemplifying the ideals of sportsmanship and camaraderie.”

Fall expects the BAL to resume play in 2022, with the dates to be determined in the coming months. The former center for the historically Black University of District of Columbia said he also expects FIBA to have qualifying tournaments for season two of the BAL in October and December. Fall said the plan is to continue to be a 12-team league with no expansion, but his wish is that the world will be healthy enough for teams to travel for games throughout the continent next season.

One NBA scout said he didn’t expect any of the BAL players this season to be considered as NBA prospects, but Fall said that will change in the coming years.

“We were always committed to the growth of the game and we didn’t put any ceiling in terms of how far we can take it,” Fall said. “So, now we have a professional league. We’re going to ensure that it is sustained and it delivers on its promise, which is to become an economic growth engine for the continent, beyond just what happens on the court. Look all around, infrastructure being built, young people being able to be empowered through basketball. And the response we see from across the continent, from the public and private sector, interest in coming in and partnering to build the product, is very encouraging.”

After Zamalek’s championship win, Fall presented the team with a unique BAL championship trophy designed to represent the baobab tree. The baobab tree is native to Africa and known as the “tree of life” for providing food, water, shelter and protection to people and animals. BAL vice president John Manyo-Plange said the trophy represents a diverse continent with a rich history that has gone through its struggles and echoes the message that “no matter what, we can thrive.”

Hodge is excited to bring the first BAL championship trophy back to Egypt and to have been a part of history.

“It is amazing to be a part of this,” Hodge said. “The trophy is amazing. This is great for Africa and I’m looking forward to having another one.”