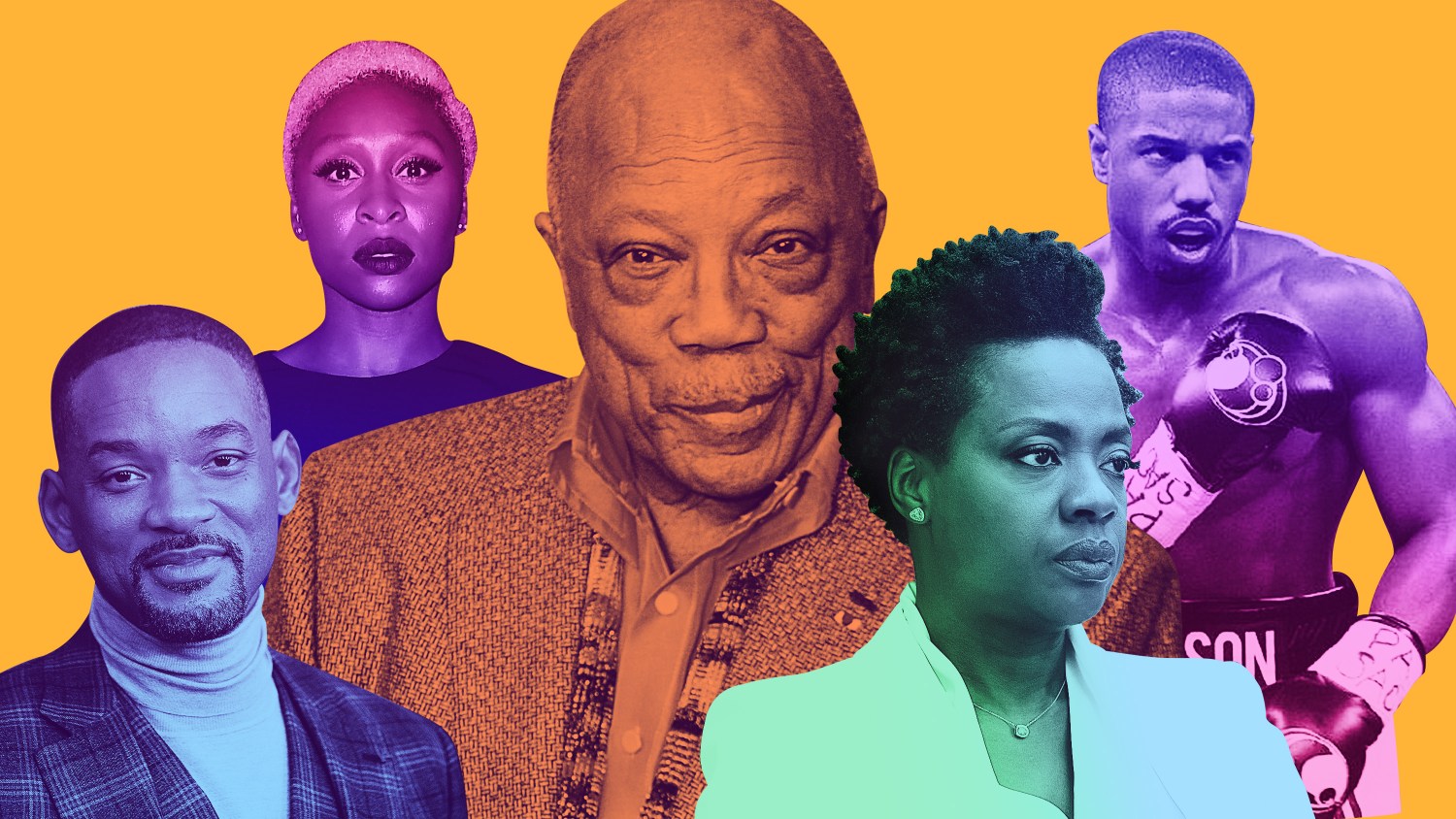 9 cool things to watch this fall – An Undefeated guide

From Michael B. Jordan in ‘Creed II’ to LeBron as a Laker to James Baldwin, it’s time for relevant entertainment

Fire up your Google calendar and your Outlook — there’s plenty of dope stuff out there to plug in for your fall viewing pleasure. You may have already caught Fox’s new Rel, starring LilRel Howery, and there’s also All American starring Daniel Ezra, Bre-Z and Taye Diggs (out on The CW on Oct. 10). This is Us is back Sept. 25, and Black Lightning is back on The CW on Oct. 9. And Morris Chestnut shows up in NBC’s new The Enemy Within. But here are a few more can’t-miss watchables to plan for.

Sure, some of your favorites may walk away with shiny trophies. But this year you really want to tune in to the 70th Primetime Emmy Awards, because Saturday Night Live’s Colin Jost and Michael Che are hosting, and if you’ve been paying attention to the excellent comedy they turned in last season on SNL, you already know what we’re all in for. It has to be better than last year, right?

Music impresario Quincy Jones is getting the documentary treatment. And, bonus: It’s directed by his daughter Rashida Jones, who is becoming quite the powerhouse in Hollywood herself. The film is stacked with notables weighing in on Jones’ career and legacy: NBA great Kareem Abdul-Jabbar, Mary J. Blige, Beyoncé, Will Smith, Oprah Winfrey and others.

Who has had a hotter social media account than Will Smith these past few months? Spoiler alert: no one. And now he gets to take that energy to even higher heights. He’s going to celebrate his 50th birthday by bungee jumping out of a helicopter over the Grand Canyon, and all of us get to watch. Your Instagram will never be as fire as Smith’s.

The Hate U Give is adapted from Angie Thomas’ best-selling young adult novel, and it’s timely. George Tillman Jr. directs and Amandla Stenberg stars as a girl who lives in a largely black, lower-class neighborhood and attends a mostly white, upper-class prep school. Her world shifts when she witnesses her friend’s murder by a police officer.

C’mon, man! This is LeBron James’ home opener as a Los Angeles Laker against the Houston Rockets, and you better believe we’re going to be locked in. Go ahead and make a reservation on your sectional, plan ahead for delivery and make sure your cellphone is all charged up so you don’t miss anything on the group chat — you know how y’all do.

Director Steve McQueen is back, and this time he’s giving us a heist caper, Widows, headed up by Viola Davis. Sign us up. The cast is absolutely stacked: Cynthia Erivo, Brian Tyree Henry and Daniel Kaluuya also star in a film that centers on a group of women who decide to attempt a heist after their husbands (who were criminals!) get killed on a job gone wrong. The reviews coming out of the Toronto Film Festival for this one were bananas good. Too early for Oscar talk? Never.

Retweet this if, like us, you stalked Michael B. Jordan’s Instagram Stories, watching as he got back into fighting shape to return to the boxing ring. The Black Panther villain returns to the big screen around Thanksgiving in Creed II as he reprises his role as Adonis Johnson, the son of the greatest (fictional) boxer the world has ever seen: Apollo Creed. Ready to go another round? Of course you are.

If you haven’t given up on professional football, surely you’re scheduling your turkey day feast around the three big games: The Chicago Bears play the Detroit Lions in Detroit (12:30 p.m. EST on CBS); the Washington Redskins play the Dallas Cowboys in Arlington, Texas (4:30 p.m. EST on Fox); and the Atlanta Falcons head to New Orleans to challenge the Saints (8:20 p.m. EST on NBC).

Oscar winner Barry Jenkins (remember the Great Oscar Mix-Up of 2017?) chases his most excellent Moonlight with this adaptation of James Baldwin’s novel If Beale Street Could Talk that he deliciously brings to life. Teyonah Parris stars as the newly engaged (and pregnant!) Tish, who is racing to prove her partner’s innocence. Also starring: Regina King, Michael Beach and Colman Domingo.