In ‘When They See Us,’ Ava DuVernay shows the horrors that swallowed the Central Park Five

By Soraya Nadia McDonald @sorayamcdonald
May 31, 2019

Ava DuVernay has now established herself as the country’s pre-eminent director in using film and television to foreground the truth about black people, white supremacy and justice.

If it wasn’t obvious before, it is after watching When They See Us, DuVernay’s limited series about the Central Park Five, which begins streaming Friday on Netflix.

When They See Us represents the pinnacle of a directorial career examining injustice. A righteous confidence propels her telling of the story of Korey Wise, Raymond Santana, Yusef Salaam, Kevin Richardson and Antron McCray, the five boys who were wrongfully convicted of the brutal 1989 rape of a woman known simply as the Central Park Jogger.

Trisha Meili, who is white, was sexually assaulted and left for dead while running in Central Park. A group of brown and black teenagers was implicated. The five were all between the ages of 14 and 16 when they were held for hours by the New York Police Department, without lawyers, and coerced into confessing to the assault. The demand for blood — for revenge, really — reached a fever pitch. Donald Trump — then a publicity-seeking real estate developer, not a president — paid for ads in four New York newspapers calling for the state to bring back the death penalty and apply it in the case.

Although the five were minors, the police released the names of the teens as suspects, and their reputations were trashed across print and local news before their guilt or innocence had been proven.

It wasn’t until 2002, when the real rapist confessed to the crime, that Wise, Santana, Salaam, Richardson and McCray were exonerated. At that point, four of them had served six years each in prison. Wise, who was prosecuted and sentenced as an adult at age 16, spent 13 years bouncing from Rikers jail to Attica prison before he was finally released.

In 2012, Ken and Sarah Burns told the story in their documentary The Central Park Five. It revealed that DNA testing done by the FBI in 1989 concluded that none of the five boys could have raped the victim, yet the New York Police Department and New York district attorney Linda Fairstein proceeded with their prosecution anyway. The Central Park Five told a straightforward story of a horrifying miscarriage of justice, with Wise, Santana, Salaam and McCray speaking about their experiences. But it didn’t have the power to match the onslaught of media coverage from 1989 that defamed a group of scared boys as out-of-control hoodlums and bloodthirsty monsters.

When They See Us does. It is David come to slay the Goliath of a destructive, wrongful, racist narrative once and for all.

Reframing the systematic and racialized indignities inflicted by America’s prison system is a recurring theme in DuVernay’s narrative and documentary work, from Middle of Nowhere (2012) to Queen Sugar (2016) to 13th (2016) and now When They See Us. In each of these, DuVernay repeatedly turns her lens on those who are dismissed, disregarded and thrown away because they’ve been labeled as criminals. Furthermore, DuVernay always expands her view to consider how mass incarceration affects not only those serving time but also the people they love.

That’s where the impact of When They See Us truly lies. DuVernay takes full advantage of the limited series form, patiently unfurling humanizing details about the lives of the five boys before, during and after police hauled them in for questioning and prosecutors tried and convicted them.

The moral confidence of When They See Us is especially notable considering the flak DuVernay received during the awards campaign for Selma because of her refusal to paint President Lyndon B. Johnson as an anti-racist saint. Selma (2014) took a huge hit in its Oscar campaign when former Johnson aides expressed their discontent with the way he was depicted. A lesser director might have backed down in subsequent projects after weathering such consequences. DuVernay simply dug in.

Fairstein, who went on to become a successful crime fiction writer after leaving the prosecutor’s office, comes off especially poorly. Even though the timeline of the jogger’s run and the vast geography of the park made it impossible for the group to have raped her, Fairstein doubled down on their guilt anyway. The series is sure to reignite questions about the consequences (or really the lack thereof) that she faced for knowingly stealing years from the lives of five innocent boys.

DuVernay repeatedly turns her lens on those who are dismissed, disregarded and thrown away because they’ve been labeled as criminals.

Once again, DuVernay has teamed with Selma cinematographer Bradford Young. The effect is similar to that of If Beale Street Could Talk in the way it captures both the preciousness and banality of freedom and everyday life. DuVernay shows us young love before it’s interrupted, with Wise (Jharrel Jerome) joyously flirting with a girl he likes named Lisa (Storm Reid). Richardson (Asante Blackk) exclaims his pride about making first chair trumpet in the school band. It’s these moments that most get to take for granted that become so precious when they’re wrenched away. She named the series When They See Us as a cue to the audience to really see Richardson, Salaam, Wise, McCray and Santana as discrete individuals rather than as part of the Central Park Five, a moniker, which they had no part in choosing, that works to obscure and dehumanize.

Except for Wise, each of the five is played by two sets of actors, first as free children and then as wounded, previously incarcerated adults. When They See Us follows the group after they’re exonerated in 2002, as they try to reintegrate themselves into society and find new obstacles at every turn, from the difficulties of finding a new job or navigating romantic relationships to the hardship of being an innocent person who still has to register as a sex offender. By its end, the audience understands the true cost of the case, of the unseen toll of wrongful conviction that extends far beyond the prison yard and into the soul.

The decision to keep Jerome, best known for his role as Kevin in the second act of Moonlight, through the entire series is deliberate on DuVernay’s part. It’s meant to underscore that Wise, 16, was the only member of the group tried and sentenced as an adult. Jerome shows impressive range as he charts the loss of Wise’s innocence at the hands of unscrupulous guards and disgusted fellow prisoners who don’t know that he’s been wrongfully imprisoned. Though solitary confinement offers some respite from the physical violence of being in the general population at Rikers and later Attica, it brings madness too. Jerome’s take on a young man whose most resonant life lesson is “trust no one” is impressive and devastating. It stands apart, even as the ensemble cast of When They See Us delivers one gutting performance after another. 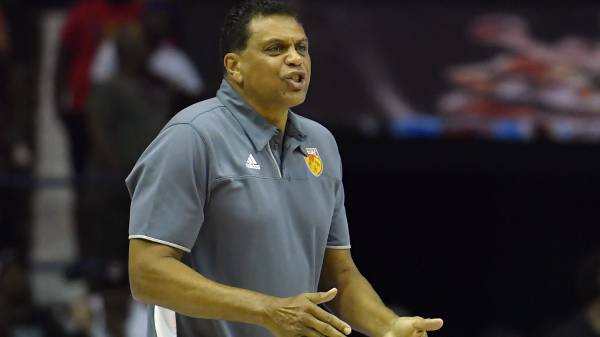 Michael K. Williams, who plays Bobby McCray, the father of Antron, provides another. When the police are holding Antron for questioning, Bobby tries desperately to persuade his son to tell the police that he was involved in the rape — not because it’s true but because it’s what they want to hear, and the cost of not cooperating is just too high.

“Goddamn it! Why you not listening to me? Tron, these police will mess us up,” says Williams-as-McCray in a heart-rending scene that fully illustrates the racial power imbalance between the police and the black people they’re pursuing. “They’re not playing. They’re not. Look, when the police want what they want, they will do anything. Do you hear me? Anything. They’ll lie on us. They will lock us up. They will kill us. I ain’t gon’ let them kill my son. But you don’t know nothing about that yet. But you will do what they say. You will go along. Do you understand me? Do you understand me?”

What’s incredible is how DuVernay weighs and balances each boy’s story across four episodes. No one gets short shrift. Instead, she marries the drive of a historian with a keen sense of fairness, purpose and, frankly, love. When They See Us gives Antron McCray, Yusef Salaam, Raymond Santana, Korey Wise and Kevin Richardson back their names. DuVernay knows that she can never replace what was lost, but she is fearless and direct when it comes to revealing what was taken, and why.