Which top minority coaching candidates would be good fits for NFL job openings?

With two head coaches fired during the season and more likely to be ousted Monday, the NFL’s diversity problem will be widely scrutinized again. The league ended its 100th regular season with only three non-interim head coaches of color among 32 teams. And of the eight head-coaching vacancies during the previous hiring cycle, seven of those positions went to white coaches.

The NFL claims it wants to increase minority representation from the front office to the field, and Rod Graves believes there are many capable candidates to match with coaching jobs. Graves, formerly both an NFL general manager and a high-ranking league official, is in his first year as the leader of the Fritz Pollard Alliance, which advises the league on matters of diversity.

The right candidates are out there, Graves said, it’s just a matter of decision-makers opening their eyes.

“There is a strong pool of qualified candidates in three categories: Those who have had experience as head coaches, those who have been interviewed for positions in the past but who have yet to receive an opportunity, and newcomers,” he said. “We’re hoping that teams see fit to give a strong candidate from those areas an opportunity.”

Based on interviews with a group composed of more than 20 football-operations officials, assistant coaches and players, The Undefeated matched candidates of color with the current vacancies and other positions that could become available.

The Carolina Panthers fired Ron Rivera, a two-time Associated Press NFL Coach of the Year, with four games remaining in the regular season. Under Rivera, the Panthers qualified for the playoffs four times in nine seasons and reached the Super Bowl after the 2015 season, so he’ll be a tough act to follow. Edwards has the right credentials for the job.

In six seasons coordinating the Vikings’ defense, Edwards, a North Carolina native who played linebacker at Duke, has displayed strong organizational skills, as well as a knack for both relating well to players and getting the most out of them. With Minnesota, Edwards inherited a group ranked 31st in total defense. By his fourth season, the Vikings were No. 1 in the league.

Although Vikings head coach Mike Zimmer is the team’s defensive play-caller, Edwards has a major role in designing the game plan each week. Edwards, according to those around the league, can flat-out coach.

Caldwell has coached in multiple Super Bowls as both a head coach and an assistant. And here’s what should put Caldwell high on Washington’s short list: He has been widely praised for his work with quarterbacks.

Washington is trying to figure out what it has in rookie quarterback Dwayne Haskins, the 15th overall pick in the 2019 draft. After becoming a starter in November, Haskins showed progress late in the season. Now owner Daniel Snyder must hire a coach capable of helping Haskins grow quickly, and Caldwell definitely has the chops for that. Just ask Peyton Manning and Joe Flacco, who have lauded Caldwell for understanding what they needed.

In seven seasons as an NFL head coach, Caldwell is 64-54, including the postseason. He led five teams to winning records and four to playoff berths. He guided the Indianapolis Colts to the 2009 AFC title. The Detroit Lions fired Caldwell after he had two winning seasons. Since then, the Lions have gone 9-21-1.

After the Cowboys’ late-season collapse resulted in them missing the playoffs, it would be surprising if owner Jerry Jones retained longtime head coach Jason Garrett. Loaded with talent, the Cowboys need a leader who will help quarterback Dak Prescott and running back Ezekiel Elliott maximize their ability entering the prime of their careers.

In 2018, the Chiefs led the NFL in both total yards and points scored. Superstar quarterback Patrick Mahomes, who won the Associated Press NFL MVP award, is very high on Bieniemy. A former NFL running back, Bieniemy has playing and coaching experience at the position that could benefit Elliott.

Head coach Andy Reid is the Chiefs’ offensive play-caller. Bieniemy’s influence on the team’s powerful offense, however, is clear.

Cleveland was among the league’s most disappointing teams. In his first year as a head coach at any level, Freddie Kitchens lacked experience and it showed, as the Browns were a wildly undisciplined bunch. Rivera could provide the structure the Browns need.

Rivera understands what it takes to keep a team focused throughout a 16-game, 17-week schedule. He also has experience guiding a quarterback who was a former No. 1 overall draft pick.

New York Giants head coach Pat Shurmur just completed his second season with the team. Shurmur has led the Giants to a 9-23 record, so it may be time for the team’s owners to make their third coaching change since the end of the 2015 season. Frazier has already proved he can lead an entire program, having guided the Minnesota Vikings to a 10-6 record and a postseason appearance during the 2012 season.

Most recently, Frazier has been a big part of the Buffalo Bills’ turnaround. Defensively, the Bills rank second in the league in points per game, third in yards per game and are in the top 10 in turnover differential.

Frazier is widely respected for being one of the league’s best defensive coaches. Many league officials believe he’s ready for his next head coaching opportunity.

The Jacksonville Jaguars slipped badly after making a surprising run to the 2017 AFC championship game. Tom Coughlin, formerly Jacksonville’s executive vice president of football operations, was fired late in the season, and head coach Doug Marrone could be next.

Jacksonville drafted Leftwich seventh overall in 2003. In four seasons, the former quarterback started 45 of the 47 games, including the playoffs, he played for the franchise. A fast-riser in the coaching ranks after his playing days ended, Leftwich is widely hailed for being razor-sharp and a tireless worker. Tampa Bay head coach Bruce Arians believes Leftwich has a bright future in the field. 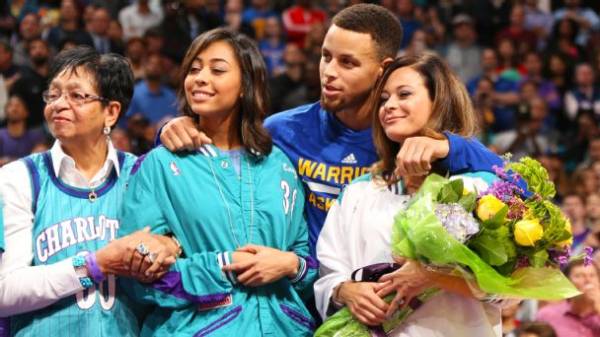 Jacksonville could stir some positive buzz by bringing Leftwich “home.”

Leftwich has been an offensive coordinator for only two seasons. But as the hirings of Sean McVay and others have shown in recent years, longtime experience as a coordinator isn’t as important as it once was to become an NFL head coach.