Kyle Korver, JJ Redick and Alex Caruso are among the players speaking out

LAKE BUENA VISTA, Fla. — While Alex Caruso takes pride in wearing the popular Los Angeles Lakers name across his chest, it’s the words on the back of his jersey that he wants to talk about.

Caruso, who is white, has chosen to wear “Black Lives Matter” on his jersey in Orlando, Florida, to support the fight for racial equality.

“This is something that Black people can’t do on their own,” Caruso told The Undefeated. “This isn’t something where they can wake up and say, ‘You know what? I’m just grinding, being an activist and talking to so many people and it’s going to get done.’ …

“Being in the NBA has actually taught me how important it is to talk about these things. Being in LA this last year, my life has changed because everyone knows what I am doing. Anytime I saw something or tweeted something, it is not just me and my small group of friends. There are people that are watching. I just think it is important for people to know what is right from wrong. In its simplest form, everyone should be treated equal.”

In the aftermath of the killing of a 46-year-old Black man, George Floyd, while he was in police custody in Minneapolis on May 25, NBA players have vowed to keep the fight against racism, social injustice, police brutality and other societal issues going. Among them have been several white players.

“I see it as a small way to stand with all the people across the country fighting for equality,” Milwaukee Bucks forward Kyle Korver told The Undefeated. Korver is also wearing “Black Lives Matter” on his jersey. “These three words say so much about the moment that we are in. It’s about challenging all of us to ask what kind of society we live in and what kind we want to live in. And as a white man, it calls me to recognize my own responsibility in all of this.” 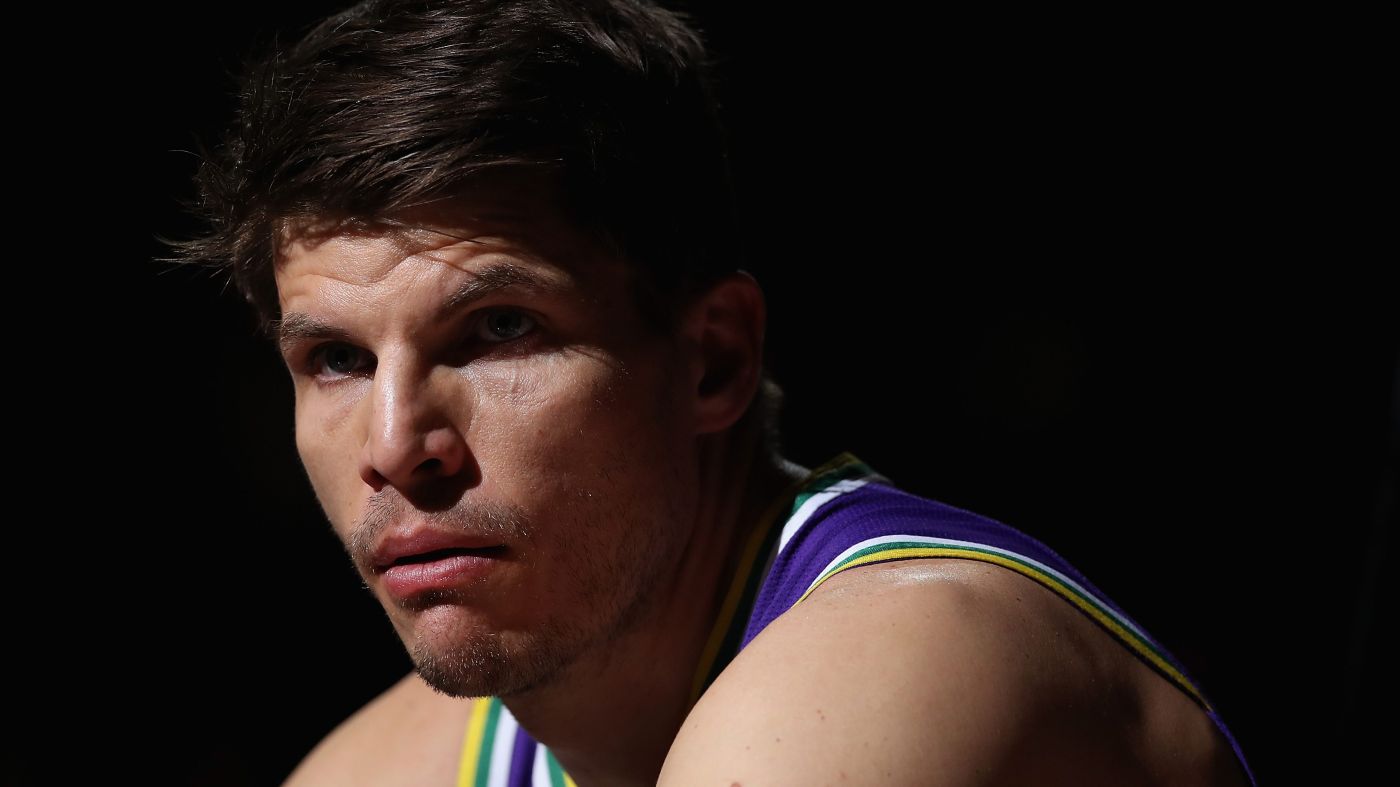 White people make up 76.2% of the population in America, according to the U.S. Census Bureau. But in the NBA, only 16.9% of the league’s players are white, including many who come from different countries. In 2016, Korver and New Orleans Pelicans guard JJ Redick were among six white Americans who talked about what it was like to be a white person playing in the NBA. Redick, then and now, says it is important for him to support his Black teammates and Black people in general.

“As a white player, it is important that my peers know that I am an ally,” Redick said. “I hate using that word over and over again. But they know I am an ally. I feel that I have been outspoken as anyone about any of these topics that we’re dealing with. Obviously, I am doing things behind the scenes, too, in terms of the actual social justice reform both with the Pelicans and some of the stuff I do on my own with my wife.

Before departing to the Walt Disney World Resort with the Pelicans, Redick said, he spent nearly two weeks staying at the home of teammate Jrue Holiday, who is Black. The backcourt mates talked every day about racism, police brutality, social injustice and white privilege. Redick said he was also up until 2 a.m. in the NBA bubble having an enlightening conversation with Holiday and Italian teammate Nicolo Melli about their different experiences. (Holiday’s wife, Lauren, who is white, recently revealed that her husband was handcuffed by a New Orleans police officer after trying to give Lauren her driver’s license after she was pulled over.)

“What has been eye-opening at times for me is hearing each guy’s personal story and how it has affected them or a family member,” Redick said. “To hear their emotion. Sometimes it’s anger or whatever it may be. It is eye-opening, for sure.”

Korver, while playing for the Utah Jazz, brought attention to white privilege and racism in a first-person story for The Players’ Tribune in 2019. The former All-Star had been shy about speaking out for years until an incident at a Jazz home game occurred that involved a fan making racial comments toward then-Oklahoma City Thunder guard Russell Westbrook.

Korver is choosing to wear “Black Lives Matter” on the back of his jersey because “anything I would ever hope to convey on the back of the jersey is represented in these three words.”

“I think it’s important to stand with and amplify voices that don’t get heard enough,” Korver added. “I want to honor their resilience and courage. Honor the faithfulness of everyone who is struggling for change, because change is hard. Ultimately wearing Black Lives Matter on my jersey is about hope. There’s hopefulness in seeing so many people of different backgrounds and ages coming together to say, ‘Things can be different.’ ” 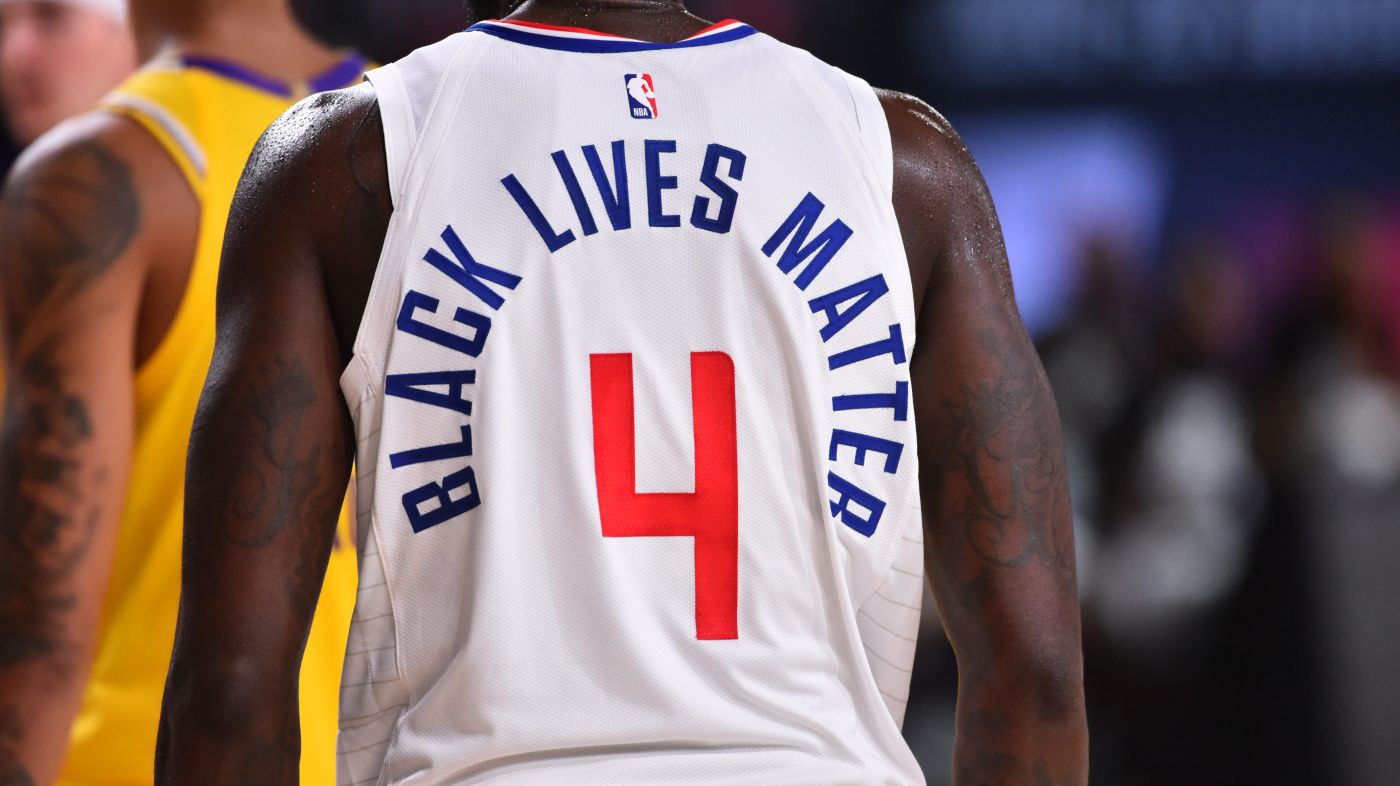 Redick says he has received backlash for calling out racism as he sees it. But don’t expect the 14-year NBA veteran to shy away from the criticism.

“Nobody likes to be called a racist,” Redick said. “Nobody likes to be accused of thinking like a racist. I get why people would be sensitive to that. But there is always pushback. Anytime I saw something about Trump, there was pushback about that. And again, I’m going to go back to that word, empathy.

Caruso, who said he looks up to Korver and Redick, added that he isn’t looking for public approval or praise for his outspokenness about police brutality, social injustice and racism. Caruso recently spent one of his post-practice news conferences speaking only about Breonna Taylor, a 26-year-old African American woman who was fatally shot by three Louisville, Kentucky, police officers on March 13.

The 26-year-old Caruso simply says he speaks up because it is “the right thing to do.”

“I have so many friends and so many brothers that I played basketball with growing up,” Caruso said. “I literally have a brother-in-law now that is a Black male in America. I am going to have nieces and nephews that have Black children. It matters.”

While there is a long way to go, Caruso is optimistic that the world is changing for the better in the midst of this social movement.

“I know it is going to get to the point everyone will eventually be treated equally no matter what you look like and your opinion and stuff,” Caruso said. “But I do think we got a lot of work to do.