Who has the best hair in the NCAA tournament?

Here’s our starting five. Who you got?

It’s tough to be unique in this era of peak hair expression. Ever since Duke won the 2015 national championship and sparked the “Duke Starting Five” haircut trend, anything goes. But some dudes won’t be denied, and it seems like some of the best teams this postseason have players with the best hair — follicles that attract attention and accentuate their games.

Here are some heads to watch during the NCAA tournament:

J-Bone’s game is versatile, on the court and in the barber’s chair. He started the season with twists, then sprinkled in a bush-top fade. Toward the end of the regular season, he went to some chunky cornrows that trailed off into … twists at the end? This unknown makes Bone mo’ betta as he runs point for the Volunteers.

Iggy’s slashing game is complemented by blond locs flowing in the breeze as he blows by defenders. The high-scoring wing made some freshman mistakes with his fade early this season, but his game and his style have smoothed out to help the Wolverines grab the second seed in the West.

Have you ever seen these twins without their braids tight, fades precise and beards at a luxurious level? Even though Cody and Caleb keep it two times dope with their next-level James Harden hookup, we’re counting them as one position because they clearly use the same barber.

The undisputed top hairstyle seed of the tournament, this freshman point guard has guided the Heels to a top seed in the Midwest while taking the classic Dr. J Afro to a whole new dimension of liquid flow. How can you guard a kid whose hair goes one direction while his body moves the other way?

Williamson’s high-top fade is not unique, but those parts on the side make his hair the perfect representation of his game. The parts are thick. They are precise. They explode upward in the form of a letter Z, a rocket or, better yet, some combination thereof. They are the signature of the tournament’s brightest star. 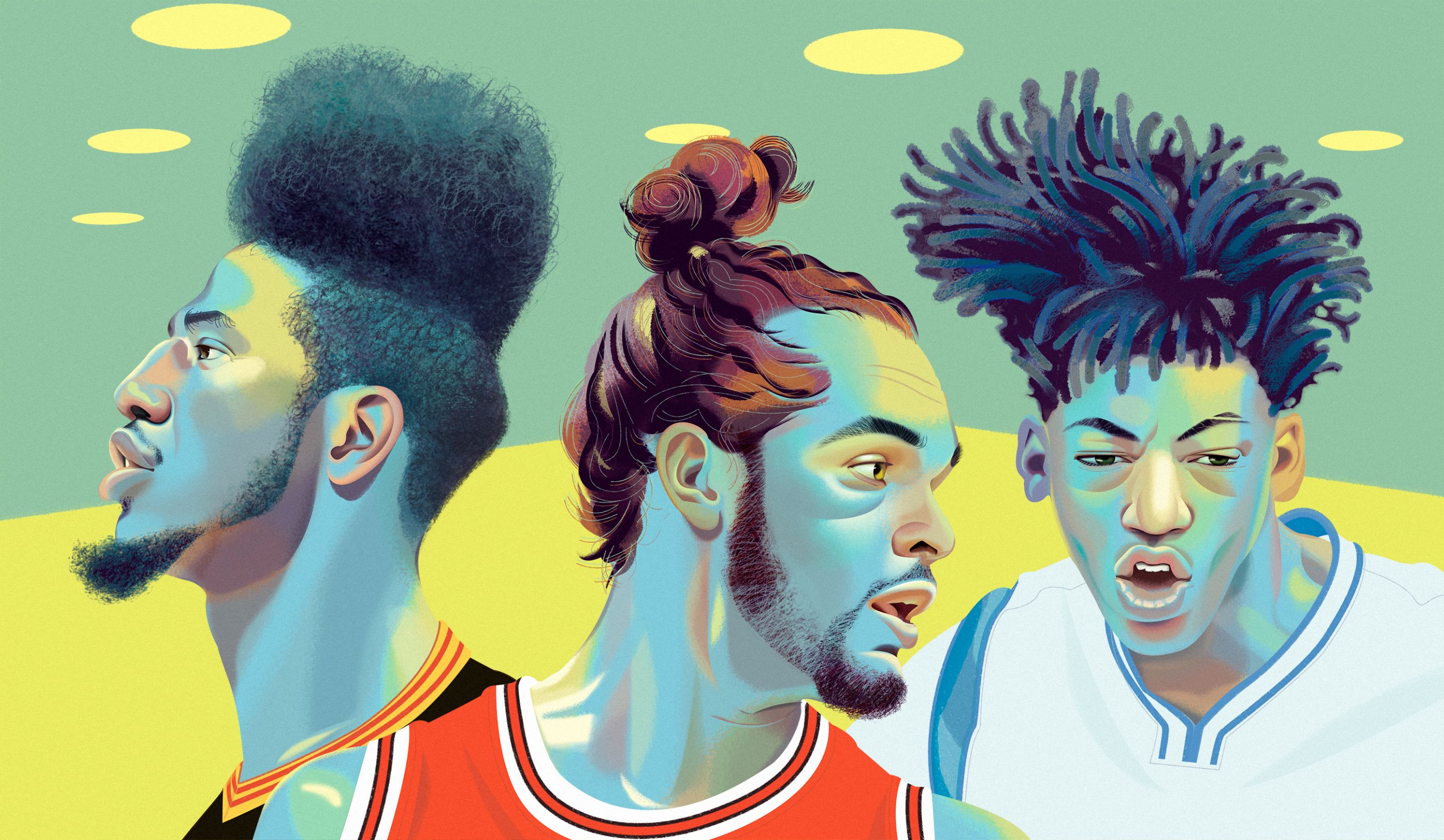 The senior and all-time Bulldogs assist leader’s hair has blossomed along with his game.

Anybody who wears some Venus and Serena beads makes our list.

The ferocious Filipino’s mane has come a long way since his freshman year.

When a coach who looks like this speaks, you gotta pay attention.