Why Kyler Murray will face more pressure than most No. 1 picks

The new face of the Cardinals is the fifth African American QB to go No. 1

NASHVILLE, Tenn. — New Arizona Cardinals quarterback Kyler Murray was the first overall pick in the 2019 NFL draft on Thursday night, making him part of a small fraternity of African American passers to hold that distinction. And for the Heisman Trophy winner out of Oklahoma, now comes the even harder part: proving the Cardinals were right about him.

Every player chosen at the top of the draft receives enormous attention from both the media and fans. It comes with the territory. Factor in that Murray was formerly an elite college quarterback who’s joining a quarterback-driven league and, well, his fishbowl existence figures to increase exponentially. Murray, however, will face an additional level of scrutiny. The fact is, he’s on a path few black men have had the opportunity to travel.

Although the NFL has held a draft in every year since 1936, only five black passers have been No. 1 overall picks. None had ascended to the top spot until 2001, when the Atlanta Falcons picked Michael Vick. In 2007, the Oakland Raiders chose JaMarcus Russell. The Carolina Panthers selected Cam Newton in 2011 and the Tampa Bay Buccaneers drafted Jameis Winston in 2015. Now, Murray, who also takes pride in his South Korean heritage, takes up the mantle he wanted.

“You work so hard to get to this moment,” Murray said. “There’s a lot more work to be done, but it’s a surreal moment.”

It seems Murray is as well-prepared as one could be for his next chapter. 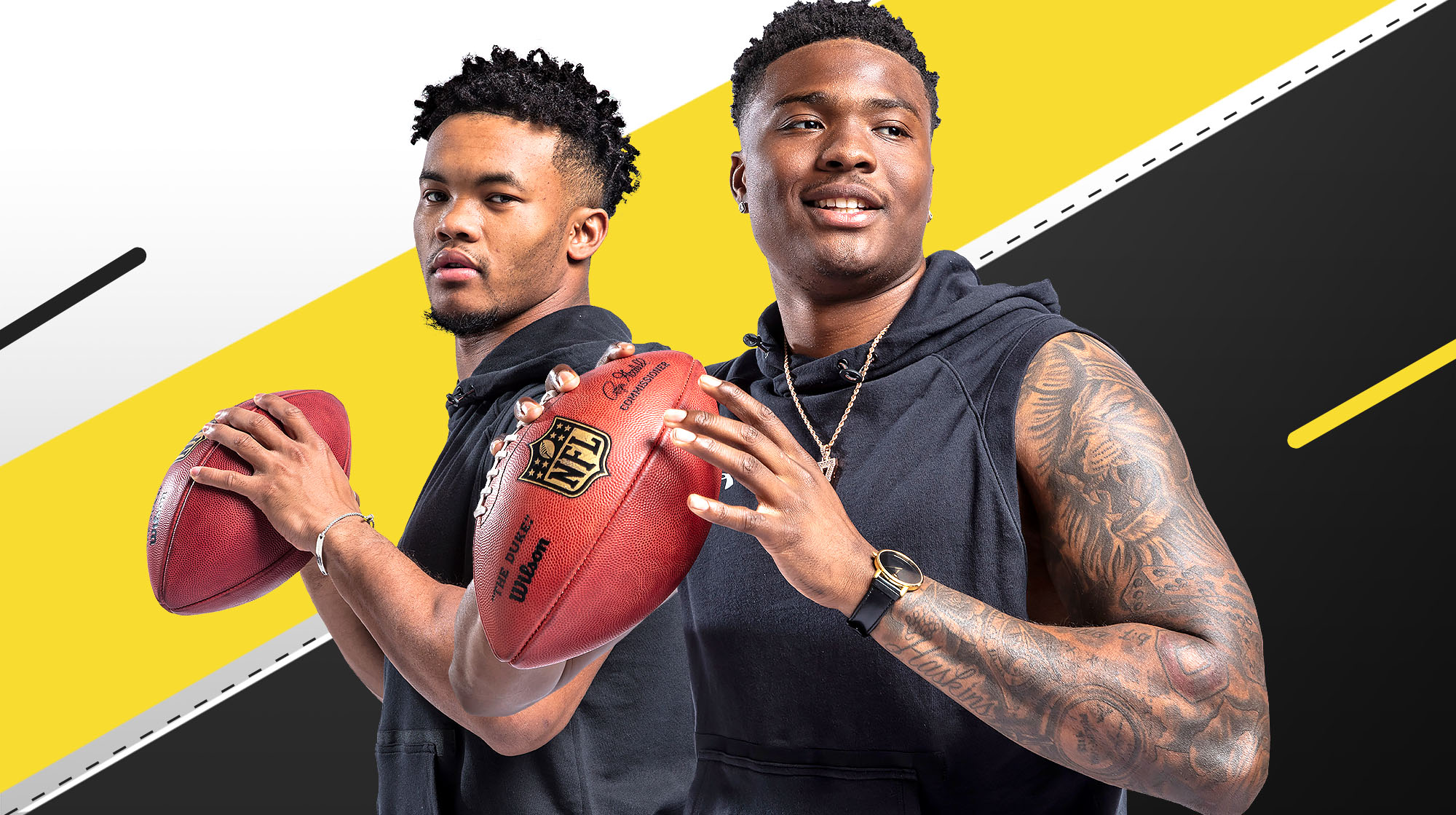 He had a storied high school career in football-crazed Allen, Texas. Then Murray thrived at Oklahoma after transferring from Texas A&M. He also starred in baseball, which he opted to give up in favor of going all-in on an NFL career despite being a first-round draft pick (ninth overall) in 2018 by the Oakland Athletics. Murray is the first player to be selected in the first round of both the NFL and MLB drafts.

At only 21, Murray has established a new standard for draft-eligible, two-sport athletes while staying in the spotlight. He would be wise to continue embracing the limelight, Hall of Famer Warren Moon said.

Before the 2011 draft, Moon, the most prolific African American passer in NFL history, served as an adviser to Newton. Moon played a key role in helping Newton prepare for interviews with teams and the media. Moon quickly determined that Newton would be just fine with his draft status and all that it entailed moving forward.

“With Cam and his personality, he was embracing it all. He enjoyed every minute of it,” Moon said on the phone. “He loved the idea that he was coveted. I remember one day we were strategizing on how to handle some meetings, talking about what he was going to wear and some of the questions he’d probably be asked, and he had it all under control. That’s when I realized he would be fine.

“With Murray, he’s had to face a lot with the whole discussion around football and baseball. He’s coveted in two sports. There are other teams that would have wanted to trade up to get him. He starts out in a great position, and it comes down to doing it on the field.”

Newton has had run-ins with the media, which have tarnished his image. On the field, though, he has mostly been a rock star.

A three-time Pro Bowler, Newton led the Panthers to the Super Bowl after the 2015 season and was selected The Associated Press NFL MVP. He has a career record of 68-53-1 with four playoff appearances. Ultimately, NFL owners care most about whether quarterbacks produce playoff victories and championships.

Foremost, Moon said, Murray will be judged on those criteria.

“There’s no question that there’s still racism out there, and no matter what he does, it won’t be good enough for some people,” said the only black quarterback to have a bronze bust in Canton, Ohio. “But that’s really more outside of the game. At this point, that’s really more with some people in the media. The people inside the game, the ones actually making the decisions, will see how he plays, how he leads, and reach [their conclusions].”

Newton is the most accomplished African American signal-caller to go No. 1. Russell is at the other extreme.

Widely considered the biggest draft bust in league history, Russell was out of the league after appearing in only 31 games over three seasons with the Raiders. He struggled with his conditioning and finished with a career mark of 7-18. There’s no sugarcoating Russell’s awful legacy in the NFL.

Early in Vick’s career with the Falcons, he appeared destined to revolutionize the quarterback position. With his unique combination of arm strength and sprinter’s speed (he was clocked at 4.33 seconds in the 40-yard dash), Vick emerged as one of the league’s premier players.

By his fifth season, Vick had been selected to three Pro Bowls and led Atlanta to the 2004 NFC Championship Game. His likeness was featured on the cover of EA Sports’ iconic Madden 2004 video game. But in only a few years, Vick’s career and personal life would unravel as a result of his role in a dogfighting conspiracy.

After pleading guilty to federal charges, Vick, who served 18 months in prison and two more confined to his home, was banned from the NFL in 2007 and 2008 for violating its player conduct policy. Reinstated in 2009, he revived his career with the Philadelphia Eagles and was selected the NFL’s 2010 Comeback Player of the Year. After 13 seasons, Vick announced his retirement in 2017. He went 61-51-1 while playing for the Falcons, Eagles, New York Jets and Pittsburgh Steelers.

What Vick accomplished at the outset of his career in Atlanta opened doors for black quarterbacks who came after him, NFL decision-makers say. Of that, Vick will always be proud.

“You definitely feel good when you hear that what you did out there helped some of the guys behind you get some chances,” Vick told The Undefeated in 2017. “There are so many of us who can play the position in this league. So if you have someone who is drafted up there [first overall], and they do it, then that should help younger guys.”

Winston is a young guy who’s still searching for answers. 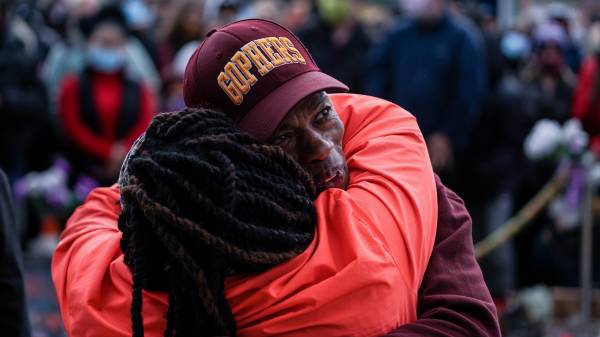 Winston must cut down on his turnovers and stop being a knucklehead. In games that Winston has started, Tampa Bay is 21-33. Although Winston is only 25, he appears to be running out of time with the Buccaneers. Such is life in the NFL, Moon said.

“If they pick you that high, they want you to succeed,” Moon said. “But what do you do with the opportunity?”

Murray has his. The Cardinals need him to nail it. And so do the black quarterbacks in the college pipeline behind him.