The ‘Almost Christmas’ producer on the holidays, the dangers of Twitter and Instagram, and the purity of sports

Will Packer is doing it for the culture — always. He’s well on his way to becoming one of the most successful contemporary TV and film producers in Hollywood. Straight Outta Compton, Think Like A Man, and the Ride Along franchise are all his, and he’s currently executive producing BET’s Being Mary Jane. The Florida A&M University graduate is creating content that represents the diversity of black folks. His latest project? An ensemble film, Almost Christmas, which opens Nov. 11 and stars Kimberly Elise, Mo’Nique, Nicole Ari Parker, Gabrielle Union, Jessie Usher, Danny Glover and Omar Epps. “I’m a role model to people that don’t have role models,” said Packer. “I’m here for the culture, I’m here for the community. I‘m here for the people, my people. I’ll always be trying to be of service to people, and trying to be a voice for people, and trying to create content for people that other people aren’t.” And there’s more coming. Because Packer is always working. Always.

What is your primary social media tribe?

I was immediately going to say Good Times, but let me just think for a second … I’m going to stick with it. Good Times.

What is it about Good Times?

It’s interesting because growing up, that wasn’t my reality — but it was so relatable. I grew up middle-class in [St. Petersburg], Florida … but I was still black. [It’s] such a great representation of what a lot of the African-American experience was at that time.

What was the last show that you binged?

The Man in the High Castle on Amazon. It’s based on a book by Philip K. Dick, a revisionist history that imagines what happened if the Allies had lost to the Germans in World War II. It’s daring, provocative, risky filmmaking, and I like that. That’s what I aspire to.

What real sport do you play in real life?

Basketball, casually. I have a court at the crib, so I go out there. My son is 14 and he’s picked up the game. It’s easy to have guys come over. We’re all way too old to be out there, and we just want to prove that we’re not … Basketball’s easy. It’s like, if you’ve got a court, access to a court, or a court near you, all you need is a ball and some shoes. Football, you need other people. Baseball, you need equipment, you need a very specific field, you need the bat. Hockey, forget about it. Basketball is just the easy thing … to just clear my head sometimes, you know?

What’s your Christmas wish this year?

Same as every year. Health for my family, really. I wish for health. It’s nothing material, it’s not about success on paper or anything like that. It’s about health, because once you lose that, then it’s game over. That’s life as we know it.

Where do you get your serious news from?

I watch CNN, MSNBC, and Fox, and I watch them probably all equally. I have to know what the hell they’re talking about over at Fox just so I can keep abreast of that fringe. It’s funny because my wife … she’ll walk in and Fox News is on and she’s like, ‘What are you doing? You’re such a Republican! You’re like the Black Republican right now! Who are you?’ And I’m like, ‘Baby, you know I have to hear what they’re saying, what they’re talking about!’ [And she’s like] ‘I don’t want to hear it, I don’t care what they’re talking about. I don’t …’ She’s MSNBC all day. She wants to go with the diverse network that’s making sense, that lines up with our beliefs, but I go out and seek people that may be saying things that I don’t agree with.

Your most frequently used emoji?

The Michelle and Barack Obama pound fist. That’s mine because I will do that instead of words, you know? If you hit me like, ‘Will, what’s up? Do you want to get a drink tonight?’ I just do the pound, like, ‘Yeah, let’s do it.’

What’s the first concert you ever went to?

A hip-hop concert in St. Pete. I think it was LL Cool J, MC Lyte — who else was there? I remember MC Lyte was there because we were such teenage male groupies, we were trying to sneak into MC Lyte’s hotel. I don’t know what we were going to do if we got in, like, we weren’t even trying to get in her room. We found out where the artists were staying and we were like, ‘Oh, my God! MC Lyte’s over there. Let’s sneak in.’ What would we have done? I have no idea. I should tell her that story, actually!

Describe yourself during football season.

Being Muslim in the NBA Read now 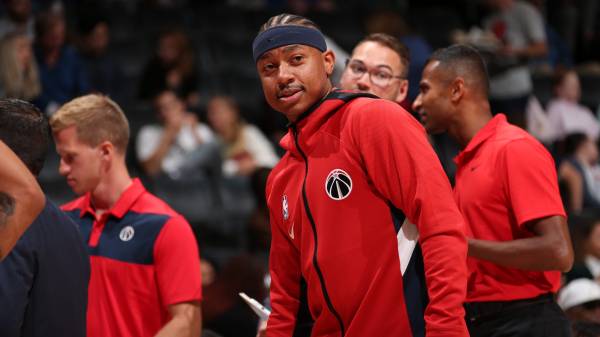 Don’t talk to me. Beware. Fanatical. True, true fan. I grew up in St. Pete, Florida, I’m Tampa Bay Bucs through and through. Bucs fans are not chosen. Nobody chooses to be a Bucs fan. It’s just passed on. That misery has to be passed on to you from a miserable parent. And that’s what has happened. I have tried my best to pass that misery onto my kids, but they just too happy. They refuse to root for the Bucs. I love football season. I’m a big football fan, college and pro.

Why do you love sports so much?

So much about this world is unfair and is biased, and is about who you know, and who you are, and the connections you have, and the resources that the people you know, or are within your circle, or family, or demographic, are able to afford, or pass on to you, right? The thing I like about sports — it is true competition. You line somebody up next to somebody else and you say, ‘We are going to run a specific distance.’ And the person who gets there first, wins. If you have trained and you have worked hard and you have sweat and bled and cried when nobody’s watching, then when the gun goes off, if you’re the most prepared on that day, you will win. That’s the spirit of sports. I just love the purity of it. I love the fact that little kids can go out and do the exact same thing that their heroes are doing, on their level. They can go out on the playground, where they can pick up a ball, and they could try their best to do what they just saw LeBron and Steph do. Or Cam Newton and Jameis Winston. Or, you know, Usain Bolt, or any of the amazing U.S. women’s track and field folks I was so obsessed with over the course of the summer. I love the purity of mano a mano, the best person who’s worked the hardest, prepared the hardest, wins. That is the exact opposite of my industry or any other industry out there.